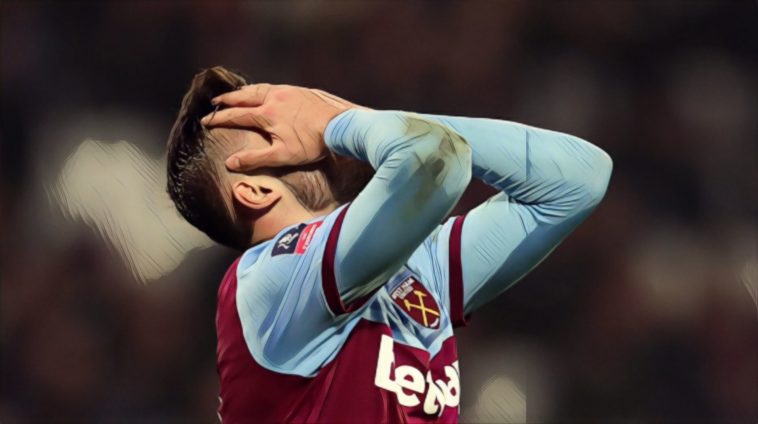 As with every new season, 2019/20 saw some good transfer and some bad ones, but there were also moves that just made you wonder “what was the point?”

We’ve selected a few particularly ineffective and useless signings from the last year – some of which you might not even recall ever happening.

With extra Europa League games to contend with, Wolves needed a bit more squad depth to deal with the extra load on their players, so they went out and bought promising striker Patrick Cutrone, winner of the Italian Golden Boy award in 2018, from Milan.

Given the amount of money the club shelled out on the Italian, you would think they would be committed to the player’s long-term future at Molineux. And yet halfway through the campaign he was sent back to Serie A to go on loan to Fiorentina.

Nuno Espirito Santo has a very particular set of things he wants his players to do and won’t shift for anyone. Cutrone didn’t match his exact specifications, so the Portuguese manager moved him out. He did at least hand the player 24 appearances before doing so, but it’s difficult to see his future in Wolverhampton.

Money doesn’t always buy you class. A perfect football analogy for that saying can be found in the exceptional waste that Manchester City have made of the money spent on full-backs in the past few years.

Over three years City have spent £195m on that position alone, and yet rarely seem settled in those parts of the pitch. They bought Danilo in 2018, before sending him off to Juventus in a swap deal for Joao Cancelo, yet Pep Guardiola didn’t seem entirely convinced by the Portuguese right-back for much of this past season.

Guardiola has played Fabian Delph and Oleksandr Zinchenko as auxilliary full-backs at various points, but in order to shore up their options there City brought Angeliño back to the club, paying PSV the buy-back clause believed to be worth around £10 million according to Transfermarkt.

The Spaniard had previously been on the club’s books for years without making an appearance, but was let go after failing to make the grade. Little wonder, then, that his return wasn’t all that successful. After six Premier League appearances he was sent out to RB Leipzig for the rest of the season, his fifth loan while at City.

One has to wonder why they even bothered bringing him back.

The £35 million transfer of Danny Drinkwater to Chelsea might go down as the most pointless and needlessly expensive piece of business in the history of English football. The midfielder has made 23 appearances in all competitions in two years for the Blues, only one of which came last season. He wasn’t even on the squad list for the Uefa Europa League final, despite the fact there was still a space available.

The nightmare move hasn’t ended there. Drinkwater went on loan to Burnley at the beginning of the campaign, only to play twice for the Clarets. Desperate for midfield options, Aston Villa took a punt on him in January as cover for the injured John McGinn. It didn’t pay off, to put it mildly.

The Englishman was handed his debut during the 6-1 thrashing against Manchester City in which he was absolutely dreadful. He went to make just three appearances for the club and reportedly headbutted teammate Jota, for which he was sent home from training.

This all comes on the back of some personal issues the player has had in the past year, namely a drink-driving charge in April 2019 which resulted in a ban from driving and getting into a fight in a nightclub last September. At this point the question really has to be asked: how is he still a Premier League footballer?

Nothing ventured, nothing gained, right? That was probably Chris Wilder’s line of thought when Sheffield United took a chance on Ravel Morrison, the clearly talented footballer with an attitude problem that holds him back. If someone could just sort him out, they would have a brilliant player on their hands.

Lo and behold, it did not work out that way. Just as it was for the nine clubs for whom he had previously played, the former Manchester United midfielder failed at Bramall Lane, making just one appearance in the Premier League last season and four overall.

Morrison was sent on loan to Middlesbrough in the winter transfer window, but he only played three times for the Teesside outfit. Unsurprisingly he has since been released by his parent club.

Don’t compare me to your average, there’s different levels..
There’s no next ravel Morrison our he’s the same as ravel Morrison because They have hiccups I’ve had life struggles, the amount of obstacles I have had to climb in my life use will never understand

West Ham United spent a reported £53 million on strikers last summer, and ended up playing Michail Antonio up top by the end of the season. That tells you all you need to know about how poorly the London outfit spent their money on transfers last year.

Albian Ajeti was the worst signing they made in 2019, making nine Premier League appearances, scoring no goals and leaving absolutely no imprint whatsoever on the Hammers in 2019/20. The Swiss striker is expected to move to Celtic in the current window, putting an end to his fruitless spell in the East End.

Read: The maddest moments of the Premier League in 2019/20