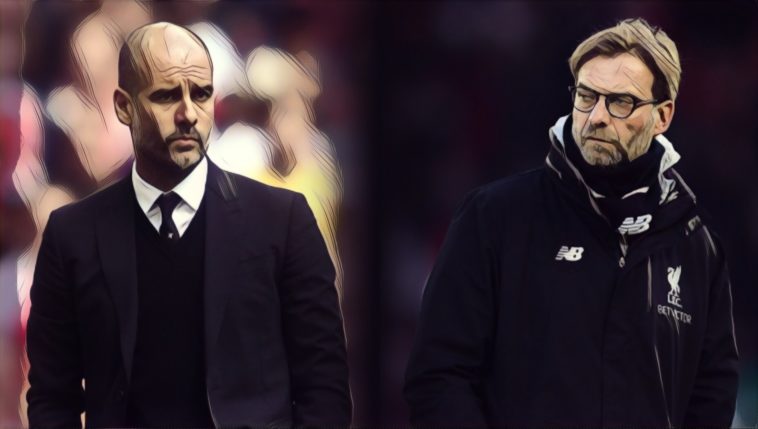 The end of the year is now just a couple of weeks away and with it the end of the 2010’s, a decade which significant changes in the world of Premier League management.

The dynasties of both Sir Alex Ferguson and Arsene Wenger came to an end, whilst the likes of Pep Guardiola and Jurgen Klopp arrived in English football to have transformative effects on their respective clubs.

With the decade coming to a close we’ve decided to look at the coaches who have shaped English football over the past ten years.

Six of the best Premier League managers of the decade:

The Manchester United legend may have only overseen four seasons in charge at Old Trafford before his retirement in 2013, but two league titles and a Champions League final appearance are more than enough to secure his place among the best coaches from the past decade.

The club’s dramatic fall from grace since Ferguson’s departure is testament to the Scot’s ability to extract the best from his player’s talents, as arguably the greatest manager in football history called time on his career following title success in 2013.

United are yet to recover from his exit, enduring a lengthy transitional phase and finishing higher than fourth in just one season since Ferguson’s retirement. They have also finished outside of the Champions League places on four occasions.

The two titles Ferguson secured in the 2010’s saw the club eclipse Liverpool’s record haul, moving the Red Devils clear on 20 championships to become domestically the most successful side in English football history.

The Northern Irishman guided his ‘magnificent’ Swansea City to the promised land of the Premier League with some ‘outstanding’ performances full of ‘character’, before establishing the Welsh side in the top flight and providing a series of trademark, often unbearably cringeworthy soundbites.

Aside from that, though, Rodgers is actually a coach of the highest quality and it is perhaps only now that his credentials are truly being given the credit that they deserve.

His attractive style of play in guiding Swansea to promotion and solidifying their status in the top flight attracted Liverpool, where for a short period the club’s football was enthralling to watch.

Rodgers narrowly missed out on the Premier League title despite the inspired performances of Luis Suarez, though his Reds side are one of the most memorable of the past decade regardless. It ended in despair on Merseyside, but following his sacking he rebuilt himself at Celtic, before returning to English football’s top flight earlier this year.

Embracing the club’s collection of emerging talents, he has put together an unlikely title challenge with the Foxes currently sitting second in the Premier League heading into the festive fixture schedule. Leicester look well placed to secure Champions League qualification, in what would be a huge achievement alongside Rodgers’ growing list of feats.

Best of the 2010’s: Every top six club’s player of the decade

It may have ended on a sour note for the Argentine at Tottenham Hotspur, but the club’s fans would have been sad to see the manager who established the club in the ‘big six’ leave this year.

Rewinding to Pochettino’s arrival on these shores for a moment, it can be easy to forget that his appointment at Southampton, which followed the perceived unfair sacking of Nigel Adkins, was greeted with widespread criticism in the English media. Funny how things work out.

Proving the doubters wrong, Pochettino would guide Southampton to eighth position in his sole full season in charge, at the time the club’s highest ever Premier League finish, and attracted admiring glances from North London.

Poch’s arrival at Tottenham saw him develop a reputation as one of the finest coaches in Europe, establishing the club as Champions League regulars with four top four finishes in five seasons. He guided Spurs to a first ever final of Europe’s premier tournament last season.

His attractive style and integration of young talent won many plaudits, with the 47-year-old likely to attract the interest of many top clubs seeking a new manager over the coming months.

Jurgen Klopp’s recent decision to extend his contract at Liverpool has been greeted with delight by the red half of Merseyside this month, after the German guided the club through a difficult period and turned them into one of Europe’s primo outfits.

Having inherited a side which finished above sixth just once in the previous six seasons, Klopp has enjoyed a remarkably successful four years in charge, transforming the Reds into Champions League regulars and reaching successive finals of European football’s biggest tournament.

The latter of those deciders saw the club crowned champions of Europe for a sixth time with victory over Tottenham in June’s Champions League final. That was in addition to a league season which saw Liverpool lose just once as they finished as runners-up to Manchester City with a record points haul.

This season they have continued in similarly impressive fashion, runaway leaders at the top of the division and currently on a club-record 34 games unbeaten in the Premier League as they bid to end a long wait for a league title. Klopp’s charismatic style has won many admirers, and the club appear to be in safe hands for the foreseeable future.

The Italian’s lengthy managerial career is full of hits and a fair few misses, but there can be no overlooking Ranieri’s achievements in guiding Leicester City to the Premier League title in 2016.

Okay, we all know his failings, but let’s forget about his contribution to Fulham’s demise and relegation last season, whilst also putting to one side the fact he managed in the Premier League all too briefly over the past decade.

That magnificent, improbable triumph is enough to warrant his inclusion on this list; the club began that season amongst the favourites for the drop before embarking on a run of unfathomable momentum that resulted in the club being crowned as champions of England for the first time in their long history.

Propelled by the talents of Riyad Mahrez, Jamie Vardy and N’Golo Kante, a side banded together by the likes of unheralded stars Wes Morgan and Marc Albrighton achieved the ultimate success, remarkably finishing ten points clear of nearest challengers Arsenal.

Their success is still difficult to comprehend some years later, demonstrating the magnitude of Ranieri’s outstanding achievement.

After securing huge success during spells in charge of European giants Barcelona and Bayern Munich, Pep Guardiola moved to English football in a bid to conquer another of the continent’s leading domestic leagues.

The Catalan’s endured mixed fortunes in his debut season as Manchester City side finished third, though having identified the club’s weaknesses and strengthened significantly, they would embark on one of the most incredible seasons in memory.

City would finish the 2017/18 season with a record haul of 100 points, setting a host of new landmarks including records for most wins (32), most goals (106), most consecutive victories (18) and biggest winning margin (19 points).

The club followed up that success by retaining their title with another huge haul of 98 points, finishing just a point ahead of challengers Liverpool as they completed the first domestic treble in English football history.

Guardiola’s side have won seven of the past eight domestic trophies (including the Community Shield) available to them, a glittering period of success for the blue half of Manchester.