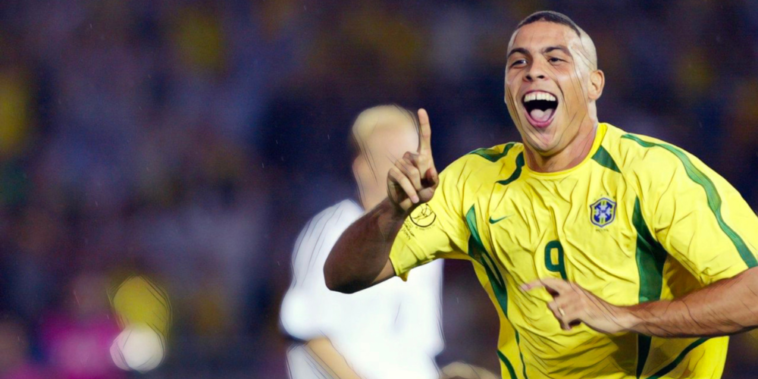 Ronaldo Nazario’s breathtaking brilliance from the moment he stepped on shore in Europe is an arrival that, in decades before or since, has never quite been replicated.

The electric feet of the Brazilian captivated audiences as the goals rained in across spells at PSV, Barcelona and Inter Milan, his single season with the Spaniards one which has remain etched into the history of a club that has seen more than its fair share of the game’s greats.

As the World Cup arrived in 1998, Ronaldo – a non-playing member of Brazil’s victorious team when taken as a 17-year-old to the 1994 finals in the United States – was the finest footballer on the planet.

Major European teams had already twice broken the world record transfer fee to sign Ronaldo, who the previous year had become the youngest ever recipient of the Ballon d’Or.

At just 21, an age in which ordinary players are often finding their feet in football, the watching world had their eyes fixated on Brazil’s talisman.

The tournament began in expected fashion with Ronaldo the star turn in Mario Zagallo’s exciting side. He scored four goals, including the opener in the last four win over Holland, as Brazil reached a second successive final.

However, what had promised to be his crowning glory as the Selecao faced host nation France in Saint-Denis, turned into a nightmare. Ronaldo suffered a seizure on the afternoon of the final, with widespread confusion sweeping the Stade de France with his omission from the team sheet.

In some of the strangest events in World Cup history, a second team sheet was submitted and Ronaldo took to the field, but looked a shadow of the talent who has illuminated the early stages of the tournament as Brazil crashed to a 3-0 defeat.

“I had a convulsion. I was surrounded by players and the late Dr Lidio Toledo was there. They didn’t want to tell me what was going on,” Ronaldo recalled to FourFourTwo.

“I was told that I wouldn’t play in the World Cup final, but all the essential medical exams didn’t show anything was abnormal – it was like nothing had happened. I had test results in my hand – with Dr Toledo giving the green light. I approached Zagallo at the stadium and said: ‘I’m fine. I’m not feeling anything. Here are the test results, they’re fine. I want to play.’

“I didn’t give him an alternative.”

Ronaldo’s hopes of making amends four years later almost failed to come to fruition. He missed much of the previous two-and-a-half years after suffering a career-threatening knee injury, including the entirety of the 2000/01 season.

Brazil stumbled through the qualification period in the absence of their leading light as Ronaldo missed the entire campaign, finishing third behind Argentina – 11 points behind their great rivals – and Ecuador.

Brazil, now under the management of Luiz Felipe Scolari, gambled on the fitness of Ronaldo for the tournament however, after a brief return to fitness at Inter Milan.

It was a decision that proved vindicated.

Despite reaching back-to-back finals Brazil were not among the lead favourites for the tournament, but began their campaign with a win over Turkey in Korea.

Having fallen behind in first-half stoppage-time, Ronaldo brought the sides level after stretching to meet Rivaldo’s cross. The latter scored a late winner from the spot, in a controversial clash that saw Turkey reduced to nine men.

Ronaldo’s goal proved the springboard for a successful tournament and whilst the phenomenon that combined pace and power with whirling footwork had been somewhat slowed, his intuition around goal remained as sharp as ever.

He scored the fourth from close range as China were swept aside in their next fixture, after a Roberto Carlos thunderbolt had opened the floodgates in Seogwipo.

As would-be contenders in France and Argentina faltered, Brazil handled the heat and humidity of Far East Asia in fine fashion. Ronaldo’s run continued with a brace as Costa Rica were hit for five, taking O Fenômeno to four goals from three games and ensuring Brazil progressed from the group with a perfect record.

Brazil’s success had been built on a formidable forward line and whilst Ronaldo’s return had taken the headlines, the performances of Rivaldo and Ronaldinho saw the trio of South American stars dubbed ‘the three Rs’, each enjoying memorable moments across the course of the campaign.

The former duo were on the scoresheet as Brazil beat Belgium in the round of 16, with Ronaldo scoring the second to set up a quarter-final date with England.

The last eight game in Shizuoka was the one fixture Ronaldo failed to score in, though Brazil survived falling behind to an early Michael Owen goal – and Ronaldinho’s red card – to progress.

The dismissed Ronaldinho had earlier scored the winner with a speculative free-kick from distance, catching David Seaman flat-footed after Rivaldo had levelled on the stroke of half-time.

Scolari’s side met Turkey in the semi-final in a rematch of their tournament opener, the clash containing an element of needle following previous events.

Ronaldo dominated the headlines ahead of the clash, after sporting a bizarre haircut. However, his decision to shave his entire head, but for an odd semi-circle fringe, was part of a greater plan.

“I had an injury in my leg and everybody was talking about that,” Ronaldo said, as per ESPN.

“I decided to cut my hair and leave the small thing there. I come to training and everybody saw me with bad hair. Everybody was talking about the hair and forgot about the injury. I could stay more calm and relaxed and focused on my training.

“I’m not proud about the hair itself because it was pretty strange. But it was a good way to change the subject.”

Turkey – who had emerged as a surprise package to reach the tournament’s last four – again proved awkward opposition, with the game decided by a moment of magic from Brazil’s number nine.

Picking up possession in the left channel, he manoeuvred around an opposition challenge before bearing down on goal. Red shirts flocked around the tournament’s leading scorer, who improvised to prod a toe-poked finish under the dive of the deceived Rustu Recber.

The toe-poke is not a universally loved technique, but it is an execution honed from futsal and one revered in Brazil. Romario was perhaps the greatest exponent of the finish and will no doubt have watched on with joy as his former teammate and goalscoring heir booked Brazil’s place in a third straight final.

Germany were the opponents, an unfancied Die Mannschaft side having reached the final on the back of the individual brilliance of Oliver Kahn and Michael Ballack.

Remarkably, it was a seventh final for each team but a first meeting between them in a World Cup in the tournament’s 72-year history.

Kahn proved a formidable obstacle in the German goal and across the opening exchanges in Japan frustrated Ronaldo and company. Three times the forward found himself in on goal, only to be denied.

He would, however, not be denied for long.

Two second-half finishes, the first coming after Ronaldo pounced on an uncharacteristic error from Kahn, crowned Brazil world champions for a fifth time.

“Thankfully I was able to score twice to secure the title and bury traumas of the previous four years once and for all,” Ronaldo reflected to FourFourTwo.

“I almost collapsed, overpowered by the emotion. You could say I was the happiest man on earth. We were playing so well that the referee could have added 100 minutes of injury time and Germany wouldn’t have been able to stop us. I was intently watching those final minutes with tears in my eyes at the thought of not only Brazil winning another title, but also my own personal victory.

“In that moment, I felt complete. I hadn’t just won the World Cup, I’d also won a battle with my body that lasted more than two years. That was the biggest victory of my career – and of my life.”

It had been an arduous road to recovery and redemption for the finest footballer of a generation, but in Japan he enjoyed the crowning moment that immortalised O Fenômeno into World Cup history.