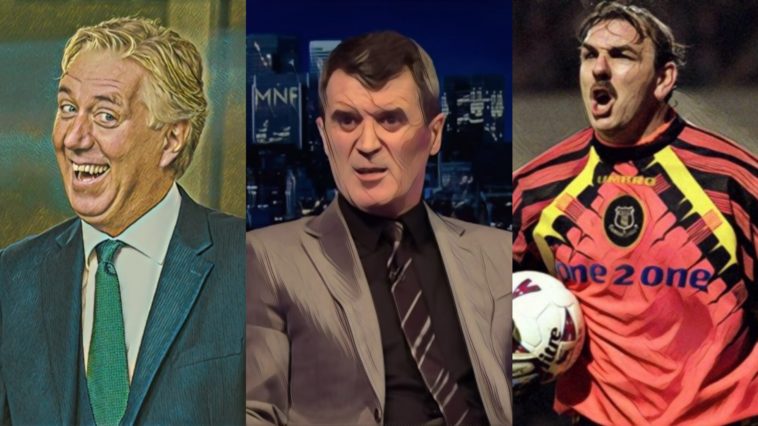 Every year dozens upon dozens of football books are published, but not all of them are necessarily worth reading.

That’s why we’ve compiled a list of some of the best ones you should read if you’re looking for something to spend on that book voucher you got for Christmas.

Mind Games: The Ups and Downs of Life and Football, by Neville Southall (Harper Collins)

With the exception of a select few tomes, we would generally recommend avoiding autobiographies by footballers themselves. Too many of them are alike and don’t offer the searing insight you crave from inside the dressing room.

But Neville Southall‘s latest work is a different beast altogether. The former Everton goalkeeper, working in tandem with writer Daniel Storey, covers a range of topics that you wouldn’t necessarily expect an ex-pro in his sixties to cover, ranging from mental health and homophobia to social media and LGBTQ+ issues.

One might reasonably wonder why someone like Southall should be considered an expert on matters such as these and whether it’s worth listening to him on them, but he himself would say he’s far from an expert. The Welshman comes across as anything but preachy, rather he seamlessly weaves his life in football and what he’s learned during his subsequent teaching career with the topics at hand.

How Neville Southall became a passionate voice for marginalised communities

A book about football governance, in this economy? Granted, reading 300 pages about the Football Association of Ireland’s financial situation over the past decade doesn’t sound like a rip roaring read, but Champagne Football delivers a masterclass in investigative journalism that will stand the test of time.

The past ten years have seen the biggest ever upheaval in the higher echelons of the game, and John Delaney didn’t escape castigation. The former chief executive ran the FAI more like a godfather would run the mafia, ensuring that he ran the organisation like his own personal fiefdom – and cash machine.

There is the story of Delaney’s James Bond-themed 50th birthday, a flamboyant and ostentatious celebration that cost the FAI tens of thousands of euros, despite not being an association event. From there the details of his power grabbing and greed escalate, bewildering the reader as to how he got away with his transgressions for so long.

Champagne Football is 2020 Irish Sports Book of the Year but if you’re out Christmas shopping you could find it in a number of sections of your local bookshop 📚 pic.twitter.com/e9s7j2l4v0

Delaney’s inevitable downfall is a satisfying conclusion to the saga, if not the perilous state he has left his former company in.

For the past quarter century, few players have dominated the discourse of football quite as much as Roy Keane. Even now in his post-football career in punditry, he continues to dominate our television screens on Super Sunday and steer the course of the conversation around the game.

We’ve heard absolutely everything there is to be said by and about him. The former Manchester United legend has written two books himself! What more could there be to say? A lot, apparently, as Eoin O’Callaghan discovered in his wonderful book, Keane: Origins, which explores the five years at the very beginning of the Corkman’s career.

O’Callaghan has done a marvellous job of delving into the lesser known parts of Keane’s life in football, lending us insight into his formative years as a footballer in Ireland, the FÁS course that essentially kept his dream alive, his relationship with Brian Clough, and the weird circumstances surround his move to Man United.

Hi all! My first book, Keane: Origins, was due for release in May. But owing to the current situation, we’ve decided to push things back a little. So, the new release date is 21 August, fitting in nicely with the 30th anniversary of Keane’s professional debut. pic.twitter.com/DklgF4uS82

There are things in here you never knew and things you thought you knew but were just a myth. You can read an extract here from the book about the rejection that motivated Keane to become an all-time great of the Premier League.

Who are ya? 92 football clubs and why you shouldn’t support them, by Kevin Day (Bloomsbury)

Kevin Day’s first book is one of those rare but wonderful things: a football book for everybody. A Crystal Palace season ticket holder, the comedian traverses the EFL to deliver a potted, humorous history of each of the 92 clubs in the Football League.

Full of (presumably accurate) information on every team, the reader doesn’t necessarily have to be a football fan to enjoy Who are ya? to the fullest extent. Whether it’s the Hull City fan getting a tattoo at the age of 80 or the origin of the name Gillingham, there’s something in there for everyone.

Just one week to go until we publish @kevinhunterday's Who Are Ya?

With a foreword by @GaryLineker there's no one better to sing Kevin's praises than the man himselfhttps://t.co/x4frfoa9LG #LoveAudio pic.twitter.com/cLbUTdQIbH

It feels like modern football is becoming more and more a vehicle for discontent. Where once the sport was an escape from reality, the much needed release valve at the end of a working week, but the onslaught of corruption, corporatisation and bloody VAR in the game has made it a slog in recent times.

Daniel Gray, author of Saturday 3PM and Black Boots & Football Pinks, has written a new book to remind us of the little joys in football that we should cherish. Things like goalkeepers going up for corners in the last minute or match balls landing on stand roofs.

‘He sits up there…an alert seagull on a chimney pot.’

Extra Time celebrates the game’s quirks, idiosyncrasies and peculiarities, calling to mind the game’s capacity to divert our minds from reality for 90 minutes on a Saturday.

See Also: Turkish Delight: Five of the best Turks to play in the Premier League