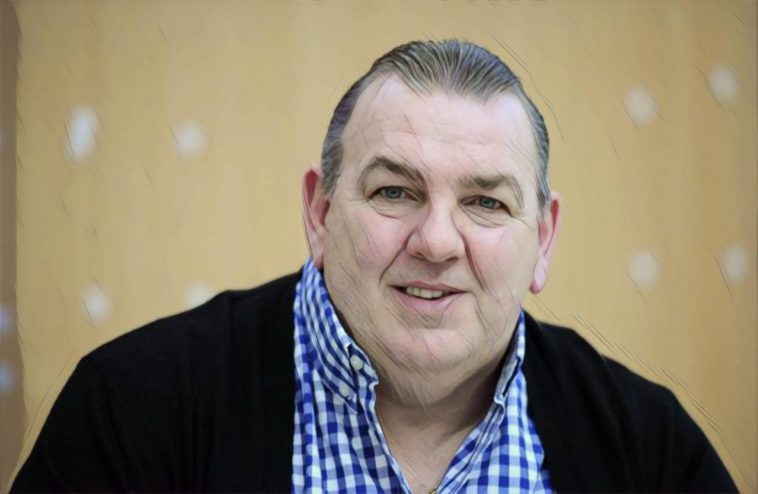 Once considered one of the greatest goalkeepers on the planet during his playing days, Neville Southall became a well-known figure in another realm long after retiring.

The former Everton and Wales footballer went into coaching once he hung up his boots, but soon entered the field of education. This is what sparked his curiosity and willingness to learn more about marginalised communities.

This made him a popular figure on Twitter, purely for the act of asking questions and taking on board new information (as well as his surreal tweets about Tory skeletons). Several years ago Southall wanted to learn more about transgender people, why they transition and the different terminology around it, so he reached out to people online who could help him understand better.

For Neville it was simple: trans people are simply human beings who deserve respect and equality, a belief he tries to extend to everyone. In a short space of time he went from being relatively clueless on the topic to being an ally.

In 2017 Southall became a patron of the LGBT+ campaign group Just A Ball Game?, the first former footballer to ever do so. The symbolism of such an act cannot be underestimated, particularly as the sport has seldom been regarded as a safe space for people in that community.

His Twitter bio currently reads “supports sex workers, trans people and anyone else I want”, which is not the sort of thing you generally hear an ex-footballer take an interest in. It continues, “interested in mental health issues”, which is the main thrust behind his latest book Mind Games: The Ups and Downs of Life and Football.

Co-written with freelance football writer Daniel Storey, the book draws upon his own experiences in life and football to talk about mental health, still considered something of a taboo in the game. He’s never been constrained by society’s impositions, however.

“He doesn’t care what other people think about anything other than he hopes he comes across as a kind, empathetic and open person,” Storey tells The Football Faithful. According to him, Southall’s “incredible journey” is down to two things.

“Firstly, not wanting to be known as ‘Neville Southall ex-footballer’. He says one of his proudest moments when he was retired was being introduced to a conference, I think about special needs education with children, as someone who had made a difference in the area he now works in for the first time. Not as ‘you may remember Neville Southall as Everton and Wales goalkeeper’, because that’s done now. (Southall says) I’m incredibly proud of that career but that’s not me now. I want a second life.

“And the whole education process is because he was embarrassed about not knowing certain things. He thought, well if I’m going to help people, how can I if I don’t know everything about them? How can I patronise in a way that I expect to go in and change things without knowing their situation?”

A complete teetotaler who never smoked or drank alcohol during his career, Southall’s “addiction was hard work”. A working-class hero from Llandudno, he has never wanted for motivation to do and be better at anything he’s tried his hand.

“He’s very fortunate that it was all natural to him. I think it was partly his background, it’s partly because of where he was brought up, and it’s partly just because that’s how some people are. He didn’t need to try at working hard, it was just completely natural to him.”

So where did the spark to become a mental health advocate and LGBTQ+ ally come from?

“Firstly, he desperately wanted to do it, he wanted to work with children and marginalised communities. He decided that very early on after retiring, and he went on this huge epiphany of education.

“He’s a voracious reader, reading books and books and books every month on a variety of different topics. Everytime he chats to you he tells you about this book he was reading about World War One in Russia or women’s rights in the Victorian era, and you just listen while he waxes lyrical about these things.

“The reason why it’s so effective is that for all the communities that he now hopes to represent or help, he would in his gruff, working-class, big man demeanour, professional sportsperson, he would be the person that some of those communities would be most suspect of or even afraid of.”

There’s that symbolism again. “He recognises that,” Storey revealed on the latest episode of the 90’s Football Hall of Fame podcast.

“He says that if a trans person was to describe the sort of automatic enemy they would fear, it would be that gruff, big, white, ‘English’ bloke. So for him to be the person on that journey and present himself so deliberately as front and centre of that, without wishing in any way to take away from anyone else’s limelight, that becomes incredibly powerful.

“If you had asked me in 1995 what would Neville Southall do after he retires from playing, and I didn’t know anything about his personality at that point, I would have said he’ll probably run a pub or maybe he’ll be a postman. Maybe he’ll be happy just doing different TV bits as an opinionated ex-pro.

“He is opinionated, incredibly so, but he does it all in a way that comes from a stance of putting other people first. That is incredibly rare. He is the sort of person you speak to and makes you feel in a way worse about yourself, because you think what am I doing to help, what am I doing here?”

One of the things Neville does to make a difference is handing his Twitter account over to charitable organisations or experts related to causes he cares about. With over 163,000 followers, it is a tremendous tool which he can use to shine a spotlight.

“He’s got this platform, it didn’t make him millions and millions of pounds, but his voice is there to be heard. His only fault I think is that he cannot fathom why other people wouldn’t do the same.

“He says we all have eighty years or more if we’re lucky, why on earth wouldn’t people want other people to be as happy as they can be? You mentioned the Twitter takeovers, he gets so frustrated because he wonders why other people aren’t doing this, because it’s such an easy thing to do and it makes a difference.

We all do. Being an ally doesn't mean we fully understand all issues, but we recognise people are being disadvantaged and support them.

“You might have noticed he posts these cute animals in the morning, it might be a hedgehog or a kitten, and he says why wouldn’t everyone do that. Some days one person will reply and say ‘that’s cheered me up’, another day ten people will reply. And sometimes it will lead to three conversations over direct message, which he has with people who are going through rough patches. And he’s like ‘why wouldn’t everyone do that?’.

“His fault is not understanding how kind and generous and empathetic he is, because it comes so natural to him. He can’t understand why it doesn’t come naturally to everyone.”

Mind Games will be available to purchase on September 17th.