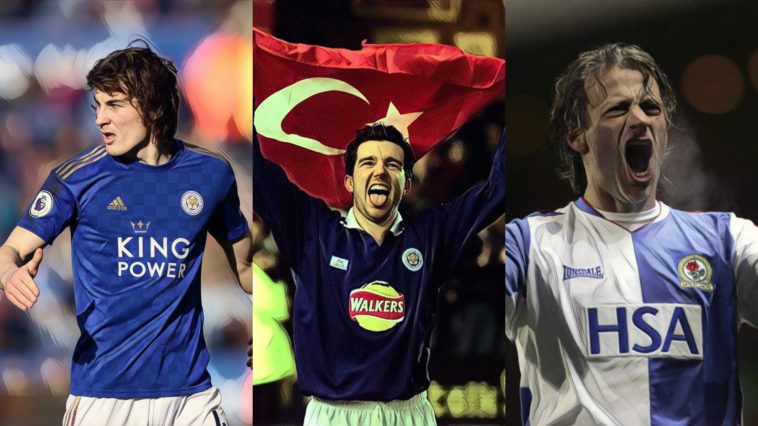 Turkish football is often derided for its supposedly poor standard, with the Super Lig viewed as a retirement home for past-it football stars of yore.

And yet in the not-so-distant past Turkey has produced very good teams and moments that have caused shockwaves in the game. Galatasaray beat Arsenal in the Uefa Cup final in 2000, while their national team have produced several brilliant performances at major tournaments.

Granted, the middle-eastern country tends not to produce mega stars. Arda Turan is the closest thing they have ever had, and even then he wasn’t at the elite level.

The Premier League has had a curious relationship with Turkish players, with some enjoying good careers in England, while more illustrious names, such as Nuri Sahan and Hakan Sukur, had brief stints here, passing through as if it was just a rest stop.

Cengiz Ünder, who looks likely to push his way into the conversation for best Turkish Premier League player in the years to come, is currently at Leicester City, where so many of these guys end up for some reason.

Long before the Foxes won the Premier League title, Izzet was the star midfielder during a true golden age for the East Midlands outfit. The London-born Turkish international was a hard-working number 10 with a penchant for wonder goals. As Stephen Tudor remarks on our 90s Football Hall of Fame podcast, Izzet was “a f*cking brilliant footballer”, but he was also “a right little bastard – in the nicest possible way.”

Izzet, who started out his career at Chelsea, provided 38 goals and 39 assists across eight seasons in both the first- and second-tier for Leicester before moving to Birmingham City in 2004. He also played in a World Cup semi-final for Turkey against Brazil in 2002, but had to retire a few years later at the age of 31 due to a knee injury.

The only current player on this list, Caglar Soyuncu earned rave reviews last season for replacing Harry Maguire at centre-back, fitting into the backline seamlessly. Some even suggested that the Turk was an upgrade on the now Manchester United defender.

A strong presence in the air, Soyuncu is also good with his feet, playing the ball out from the back by either passing or dribbling with composure. He is very much the model of a modern defender, combining aggression with poise.

The central defender did, however, lose the head during the late season clash with Bournemouth in 2019/20, lashing out at Callum Wilson after conceding a goal. The red card was a blot on an otherwise excellent campaign in which he helped the Foxes to a fifth-placed finish.

Coming to prominence at a supremely dominant Galatasaray side during the nineties, the midfielder caught the eye of Rangers, where he won a Scottish league title. Graeme Souness, who previously managed him at Gala, then brought him to England in 2001.

A player more likely to score from outside the box than in it, Tugay seemingly only scored screamers while at Blackburn. His volley against Fulham in 2005 was particularly memorable, a strike so spectacular it caused Sky Sports’ commentator on the game to squeak in amazement.

Tugay was also an integral member of the Turkey side that impressed so much at Euro 2000 and the 2002 World Cup, winning 94 caps during a stellar international career.

A versatile attacker who could play as a second striker or right across the midfield, Tuncay Sanli made a name for himself in 2004 when he scored a famous hat-trick against Manchester United in the Champions League for Fenerbahce.

Tuncay arrived in England three years later, joining Middlesbrough in 2007, where he scored 18 goals in all competitions over two years. When Boro were relegated in 2009, he moved on to Stoke City

He couldn’t get ahead of the likes of Ricardo Fuller and Jon Walters in the frontline, however, scoring just five league goals in two seasons. He did at least leave a stunning memory, scoring a spectacular extra-time goal against Man City in the 2010 FA Cup.

Tuncay did experience a brilliant international career, though, scoring 22 goals from 80 caps over eight years. He was voted the second best player of the 2003 Confederations Cup, in which Turkey finished in third place, providing three goals and an assist.

He was also a member of the Turkish team that reach the last four of Euro 2008, and although he failed to score at the tournament, he did have a brief cameo in net against the Czech Republic following an injury to Volkan Demirel.

Five of the best Moroccan footballers in Premier League history

Another hero of the 2002 vintage, Alpay Özalan first caught the eye with his outstanding performances for Turkey at Euro 2000. That convinced Aston Villa to sign him from Fenerbahce that same summer, signing on the same day as David Ginola.

Although he had his injury problems, the centre-back formed a solid partnership with Olof Mellberg and was even linked with a move to Arsenal.

Alpay was yet again an obdurate presence in the Turkish defence during the World Cup in Korea and Japan on their way to a third-place finish. That put him in the shop window, with Barcelona reportedly taking an interest.

Asserting that he had “very good offers from the biggest clubs”, Alpay said that would be playing “in Europe”. Manager Graham Taylor had other ideas, however, and refused to sell him.

That was the beginning of the end for Alpay in the Premier League, as he went on to play just 11 league games in the following two seasons. He eventually move to South Korean outfit Incheon United in 2003.

Read: The latest piece of the puzzle: Why Diogo Jota is thriving at evolving Liverpool

See Also: Media treatment of Marcus Rashford shows no lessons have been learned from the Sterling witch-hunt