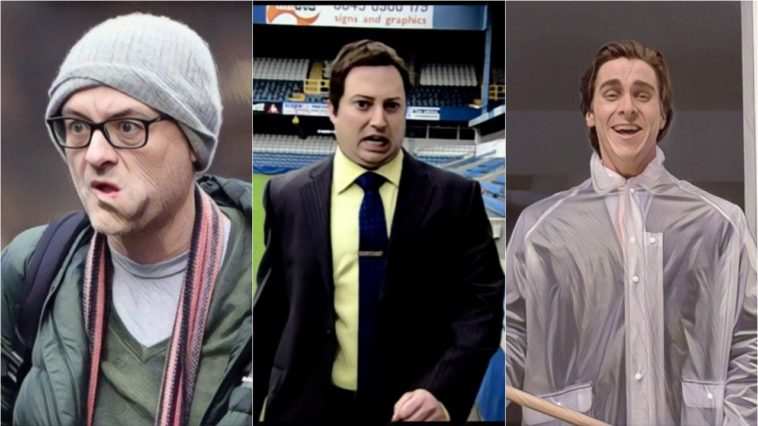 The best tweets from the world of football this week, featuring the long-awaited return of the Premier League being announced, Dominic Cummings getting mugged off by Gary Neville, and Arsenal do their best American Psycho impression.

And for the first time ever the Premier League will be free-to-air. Football really is coming home.

We’ll have 4 live Premier League games on @BBCSport. The first time ever that we’ve had such an opportunity. Very exciting. 👍🏻

The legacy of the 2009 Champions League final, 11 years on

It will take some getting used to, though.

Looking forward to seeing the same joke by a thousand Twitter accounts with a footballer as their profile photo.

Hands up if you read this in Frank Lampard’s voice:

Premier League football to return on Frank Lampard's birthday. Could have done with it being a day or two later, to be honest!!!!!! But, no, it'll be great to be back and doing what we're paid to do and that's play football matches for this football club and these fans

You just know Mourinho will do it too.

Can't wait for five substitutions all at the same time by a furious Jose Mourinho after 35 minutes of their first game.

put your laces through it son pic.twitter.com/uoRSE0Sio3

The moment they all dreamt of as children, surely.

Here’s what a socially distanced trophy lift looks like. pic.twitter.com/NHVmFQSrPl

Ah, so that’s why VAR didn’t give a penalty to Dortmund against Bayern.

Never a penalty. Everyone knows that's Boateng's natural position ever since that Messi goal. #BVBFCB

Dominic Cummings has been so roundly mocked this week, even football’s online community is getting in on the act.

This might be the winner of the lot, though.

If Alphonso Davies were to run at his top speed (v Borussia Dortmund) of 35.3 kilometres per hour, he could cover the distance from Durham to Barnard Castle in 75 minutes and 45 seconds.

The ultimate Danish five-a-side of the Premier League era

You hate to see it.

Emily Maitlis sent to train with the Newsnight Under-23s.

Things are not going great for the former Huddersfield boss at Schalke either.

You think you know a person.

You're telling me Scott Brown is bald by choice. Unreal dedication to the hard cunt image fair fucking play. https://t.co/dEHxHXPoj8

The fact that David Seaman was 39 in 2003 is making us feel really old right now.

I was 39 when I made this save 17 years ago and apparently I was “past it” – it’s had 4 million views on YouTube (31/2 million of them were me 🤣🤣) #safehands pic.twitter.com/vEY2EfwxVh

Bob Marley will be on a football jersey this year after all.

This is how Messi's heatmaps evolved through the entirety of his career. pic.twitter.com/TO1PVikHRS

See Also: The resurrection of Gary McAllister’s career at Liverpool