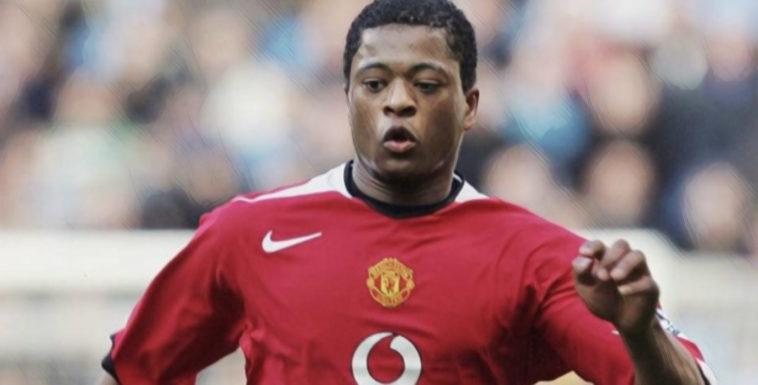 Saul Niguez endured a disastrous debut for Chelsea last weekend, with the midfielder hauled off at half-time against Aston Villa following a poor performance at Stamford Bridge.

Expectations remain high that the deadline day arrival from Atletico Madrid can be a success, but the Spain international quickly learned the nature of the Premier League after being outfought and overran by the Villa midfield.

Following Saul’s sub-standard bow, we look back at five of the worst Premier League debuts.

Debuts always bring a sense of expectation and anticipation, but those feelings were heightened following Rio Ferdinand’s record-breaking move to Leeds in 2000.

The centre-back set a new British transfer record and became world football’s most expensive defender upon his £18m move to Elland Road from West Ham, but was part of a defence ruthlessly cut apart against Leicester on his first appearance.

David O’Leary had altered his side’s tactics in a bid to get the best from the marquee arrival, but his plans backfired in spectacular fashion as Leicester raced into a three-goal lead inside 28 minutes.

Ferdinand was one of a number of Leeds players who struggled as goals from Robbie Savage ,Ade Akinbiyi, and Gerry Taggart gave Leicester a commanding first-half lead, one the Foxes would not relinquish as Ferdinand’s debut ended in defeat.

Patrice Evra was handed a baptism of fire upon his Premier League debut, thrust into the hostility of a Manchester derby at Maine Road.

Manchester United had signed the left-back from Monaco during the 2006 January transfer window, but his first performance for the Red Devils proved a difficult lesson learned as he was hauled off at half-time.

Sir Alex Ferguson’s side found themselves two goals down at the interval following efforts from Trevor Sinclair and Darius Vassell, with a furious Ferguson withdrawing a struggling Evra who had failed to get to grips with the speed of the English game.

The former France international later revealed he had been sick on the morning of the clash, one that provided a rude awakening to the physical demands of the Premier League.

He recovered to establish himself as one of the best left-backs in the league during a hugely successful period at Old Trafford however, winning five league titles and the Champions League amongst his honours.

Joe Cole’s career with Chelsea had ran its course in the summer of 2010 and the midfielder chose to depart the west London side on a free transfer.

His arrival at Liverpool was deemed a coup for the Merseyside club given the nature of the deal and calibre of Cole, but his dreams of a memorable debut ended in a nightmare at Anfield.

Eager to impress his new fanbase as Liverpool faced Arsenal in their opening fixture, Cole was given a straight red card in the first half after launching himself into an over-the-top challenge on Laurent Koscielny.

Cole’s marching orders were the start of a fairly miserable time on Merseyside for the England international, who failed to find his form during an injury-hit spell with the Reds.

Saul Niguez can take heart from the recovery of teammate Thiago Silva from a dismal debut last term, the veteran enduring a nightmare first appearance for Chelsea at West Brom.

Silva arrived into the Premier League having been one of the world’s best defenders over the past decade, though questions were asked as to whether the veteran could handle the rigours of the division in the twilight of his career.

Those questions grew ever louder following a shambolic showing at The Hawthorns in September 2020, as Chelsea found themselves three goals down to the newly-promoted Baggies at half-time.

The Brazilian was individually culpable for the second goal, losing possession in a dangerous area as Callum Robinson capitalised to run through and score.

Chelsea fought back in the second half to secure an unlikely draw, but it was a dreadful display from the experienced centre-back.

Silva bounced back to his credit and proved his class throughout the campaign however, forming part of the Chelsea squad that won the Champions League under Thomas Tuchel.

The desire to make an impact on debut can often lead to a little over enthusiasm, but Alex Jankewitz’s took making an early impression to a whole new level.

The teenager was touted as one for the future at Southampton and was handed his senior bow for the Saints during an FA Cup clash against Shrewsbury in January 2021.

After making his first Premier League as a substitute later that month, the midfielder was handed his first start as Southampton travelled to face Manchester United in February.

It was an occasion that lasted all of 79 seconds for Jankewitz, who was given a straight red card for a dangerous challenge on Scott McTominay inside the opening two minutes at Old Trafford.

Distraught at his dismissal, the youngster trudged off down the tunnel as his teammates proceeded to be beaten 9-0, equalling the all-time Premier League record for biggest ever defeat.

He never featured for the club again and signed for Young Boys in July 2021.