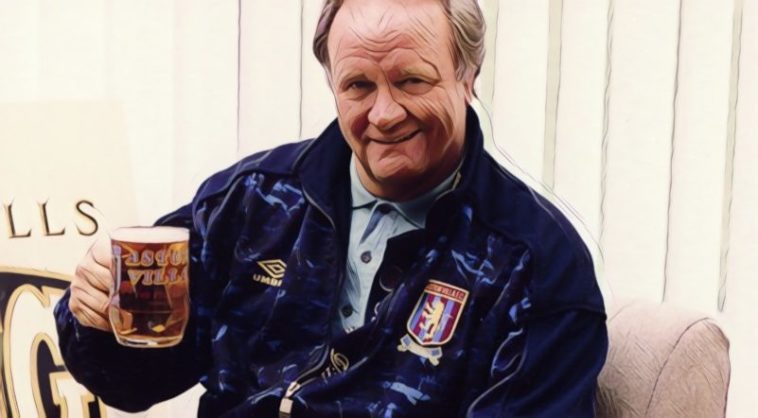 Everything is bigger in Texas.

Even for Big Ron and Big Jack.

“One of the first things we did was get those great big JR Ewing cowboy hats,” Ron Atkinson tells The Football Faithful, chuckling at the memory of his time spent in Dallas with close friend Jack Charlton.

This was July 1994 and the pair were partners in crime touring the city before commentating for ITV on the World Cup quarter-final between Brazil and The Netherlands.

Southfork Ranch, the setting for the hit America TV soap Dallas, was the first port of call. “The hats!” Atkinson laughs again.

The ‘Kennedy Experience’ was next on the agenda, visiting the famous Dealey Plaza where President John F. Kennedy was assassinated. Then it was over to the Texas School Book Depository, taking the stairs to the sixth floor to see where Lee Harvey Oswald committed one of the crimes of the century.

This being a self-guided tour, Charlton and Atkinson followed each other side by side with ear phones explaining the significance of certain areas.
“Of course, Jack wanted to do his own commentary,” Atkinson remembers.

Completing the hat trick of 1994 World Cup legends who all celebrate a birthday today. It’s Big Jack Charlton who managed Ireland to a stunning 1-0 win over Italy in New Jersey. #USA94 #TheWorldCupThatChangedTheGame pic.twitter.com/yAiDdyqrqV

Dallas was not a place where Charlton benefitted from the fruits of his labour, Atkinson breaking into laughter once more at the memory of a visit to one sports bar where his drinking partner was aghast at having to pay for a round.

For Charlton, the journey to America was no longer about work. The Republic of Ireland had been knocked out of the competition by the Dutch in the Round of 16, a defeat witnessed by Atkinson in his role with ITV.

The Ireland manager bid farewell to his players and while they scattered, he headed for Dallas. “We had a great time together, I always did when I was with him,” Atkinson continues. “I was there in Germany in ’88 to see them beat England and followed them to a lot of places, going to Dublin too, for games.

“I used to joke with Jack that I had more Irish players at Villa than he did.”

? GOLDEN MEMORIES | Let’s recall some of the highlights for Ireland ?? under Jack Charlton#HappyBirthdayJack | #COYBIG pic.twitter.com/uGDPrwvx3N

Indeed, his Aston Villa team of 93/94 provided the backbone from Charlton’s starting XI.

Paul McGrath was the heart of both defences. “Still the best centre half to have ever played in the Premier League,” Atkinson insists.

There was Steve Staunton at left-back, a signing from Liverpool which Atkinson is still baffled by. “He was their best player in that position but at that point there was the ‘three foreigner rule’ for playing in Europe and that came into it for them.”

And then there was Ray Houghton, whom Atkinson watched with pride as he lobbed Italy’s great Gianluca Pagliuca in Giants Stadium.
“That’s one of the greatest games I’ve ever seen,” Atkinson reckons.

“And the great irony is that the next season when we played Inter Milan in the UEFA Cup Ray scored against Pagliuca again and we went on to beat them on penalties.”

Pagliuca, curiously, is actually a boyhood Villa supporter. The legendary goalkeeper grew up in Bologna and, as well as following his hometown club, was also fascinated by the side which won the 1981 First Division under Ron Saunders and then the European Cup a year later.

The Villa vintage of ’94 was not quite on the same level, coming agonisingly close to winning the Premier League 12 months previously, and Atkinson insists they would not be out of place in the modern-day game.

“McGrath, Staunton, Townsend and Houghton would still play for any of the top sides now. There is no doubt about that.”

Houghton’s signing in August 1992 was one Atkinson never had any doubts about, even if the 30-year-old arrived feeling as if he had a point to prove following Liverpool manager Graeme Souness’ decision to make him available for the highest bidder, despite being the club’s player of the year.

#OnThisDay in 1992:
Ray Houghton was sold to Aston Villa. Houghton was a key player in Souness’ first full season, scoring a career-best 12 goals therefore making the Scotsman’s decision to sell him to Aston Villa in the summer, at the age of thirty, all the more puzzling! pic.twitter.com/gh4hE27doV

Chelsea matched the £900,000 offer but Atkinson’s powers of persuasion won the day. “Ray wasn’t any risk at all. It was one of those deals that you know is right.

“What I always tried to do was identify a position we needed to strengthen and go for the best player available in that position. I didn’t want to go for just anybody and Ray was the best out there.

“He was very clever and had a lot of quality. The best ever player I had in that right-hand side position was Gordon Strachan [at Manchester United] and Ray was the nearest I had to that.

Ahead of Jack Charlton Day tomorrow, Ray Houghton relives that famous day at the Giants Stadium in 1994 ?

One of the finest moments in our history ?#HappyBirthdayJack | #COYBIG pic.twitter.com/EK9Uy2ZTxN

“I wasn’t looking for an out-and-out wide player, but someone who had quality. Ray had a great deal of craft.

“I always made the recommendation to the Villa board of who we should sign and if it was justified, they would support me. That’s exactly what happened with Ray.”

A deal JR would be proud of.

See Also: Six of Ireland’s greatest ever wins: Beating the English and conquering the world champions