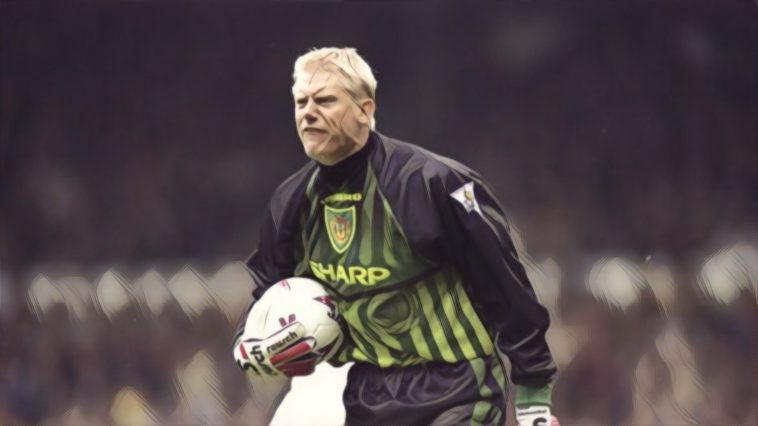 A classic top of the table clash dubbed ‘The Showdown’ changed the course of the 1995/96 Premier League season.

It was the match that effectively killed Newcastle United‘s title hopes and dreams. They were still leading the table with ten games to go following the final whistle, but the sense of inevitability was nonetheless inescapable.

Manchester United left St. James Park on the night of 4 March 1996 with a 1-0 victory and the most precious three points of the campaign. Former Magpie Andrew Cole was involved in the buildup to the winning goal, laying the ball onto Phil Neville before the youngster floated a cross to Eric Cantona to volley home.

The Frenchman, as he was so often during that period, was the difference maker on the night, scoring in the 51st minute, but if it hadn’t been for Peter Schmeichel’s heroics that evening, it would have been a different story altogether.

Man United went into the game in red hot form, winning their five previous games on the trot, including a 6-0 thrashing of Bolton Wanderers. Momentum was beginning to shift, as Newcastle had lost to West Ham and drawn 3-3 with struggling Man City in February. That helped to close the gap from 12 points to four, which added to the pervading sense of foreboding.

Alex Ferguson was forced to send out a weakened backline, however, as Gary Pallister was out with a head injury. The Scottish manager put the ever dependable Denis Irwin at centre-back alongside Steve Bruce, while Phil Neville filled in at left-back with his brother Gary on the opposite side.

The makeshift back four was one of the contributory factors which led to an abundance of opportunities for the hosts. Kevin Keegan’s side certainly lived up to “The Entertainers” moniker, at the very least.

The dye was cast from early on: if Man United wanted anything out of this game they would have to stop Les Ferdinand. Twice in the first five minutes the English striker forced a save out of Peter Schmeichel, and he kept coming back for more.

Sky Sports commentator Martin Tyler noted “at the moment there’s an air of inevitability about Newcastle getting a goal” as Faustino Asprilla, making his home debut, continually threaded pass after pass between the lines in the first-half.

The Colombian shifted the ball inside to Peter Beardsley, whose 20-yard driven effort, bound for the side netting, was well saved by Schmeichel. As with every shot that came his way, the goalkeeper furiously admonished his defenders – there would be a lot of that in this game.

The Dane was unbeatable that night, but he also needed a lot of luck on his side. Philippe Albert throttled the crossbar with a free-kick which had the goalkeeper beaten, before Ferdinand pounced on the rebound, only to hastily sky it over the still-rattling bar.

Asprilla and Ferdinand were only recently acquainted, and yet their link-up play was impressive. A one-two between the attackers led to a dangerous shot from the former just outside the box. Schmeichel, of course, was equal to it.

“You’d wonder how their goal is still intact”, remarked Tyler of Man United’s remarkably clean sheet as both sides went in at the half scoreless. The home crowd applauded their side’s performance from the opening 45, as did Keegan after the game. “If they want to know who is the best team in the country they only have to look at the tape of the first half. I did not want half-time to come. I could have watched it for 90 minutes,” he told the press.

Meanwhile, the visitors, who were found wanting in attack, were relieved to reach the interval still in the game. Ferguson seemingly agreed with his counterpart’s assessment. “They were the far better side in the first half and Schmeichel made some great saves. In the second half we imposed ourselves like a Manchester United side should. We got the ball down and played.”

That’s exactly what they did. Man United were now passing with confidence, breaking with more regularity and causing Newcastle a hell of a lot more problems. It took just six minutes after the restart for Cantona to break the deadlock, changing the match irrevocably.

Keegan remained glued to the bench, looking tired, sullen and beaten. His team could not keep up the pace and level of performance from the first-half over the course of the game, let alone the entirety of the season.

They weren’t out of the game or the title race just yet, but the chances were drying up as Man United used all of their savvy to keep the challengers at bay. Steve Bruce cleverly took out Ferdinand with a cynical yet innocuous-looking challenge just as it looked as if the forward was about to latch onto a threatening through-ball. Referee David Elleray didn’t even award a free-kick.

In 1994 Alex Ferguson was on the verge of doing the unthinkable. #mufc

Ferdinand did at least have one more chance, utilising that mighty elevation of his to meet a Peter Beardsley cross, only for Schmeichel to once again deny him. A little while later the goalie almost had himself an assist, launching the ball with a huge hoof into the opposition half, but Cole couldn’t find a clean connection.

Rob Lee was provided with an opportunity in the closing stages of the contest, getting in ahead of Bruce to meet a Ferdinand knock-down, but before he could even get it under control, Schmeichel was there again, haunting Newcastle with his presence. Asprilla had one last shot from outside of the box in desperation, but it rolled safely into the ‘keeper’s arms, his easiest save of the night.

Man United had far fewer than Newcastle’s 16 efforts on goal, but they were clinical when the chance did arrive on the big night. It was a lesson in championship-winning character and mentality to the pretenders to the throne from a team closing in on their third title in four years.

The irony of this match is that Newcastle performed better here than when they beat Man United 5-0 in the following season’s repeat fixture in October, when just about everything seemed to be going in the net. Timing is everything.

Read: Tino Asprilla could win games on his own – if he felt like it

See Also: How QPR shaped the career of the phenomenal Les Ferdinand