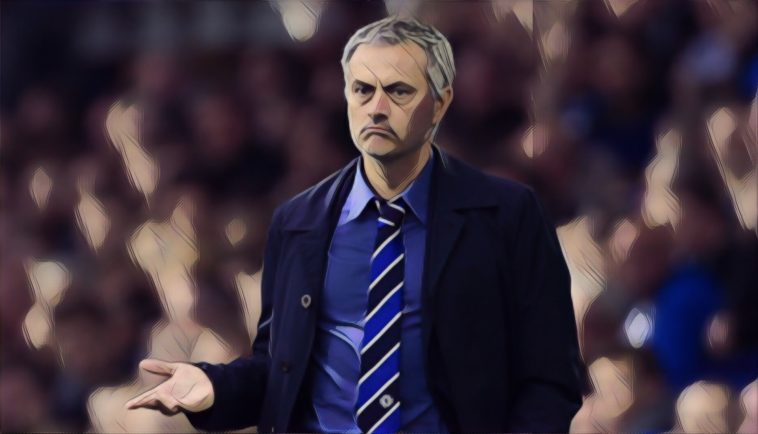 With no football in the foreseeable future due to the coronavirus pandemic, we’ve come up with a handy guide of things to do while the sport is put on hold.

When you need your fix for football someway or somehow, one surefire way to scratch that itch is by watching some classic football matches. Luckily, FIFA have made that a bit easier for us with their #WorldCupAtHome campaign, in which they are releasing past matches from the game’s most prestigious competition that can be followed live on YouTube.

Let's all relive a France 2019 classic today, shall we?

That should be enough to keep us occupied in the evenings for the next few weeks, but if it isn’t, then you’ll enjoy this humongous library of classic matches.

Some clubs and leagues have chosen to release full matches or highlights of past encounters, as Crystal Palace did on Saturday by publishing ten minutes of the infamous 2014 meeting with Liverpool, dubbed Crystanbul.

Five of the best football documentaries available on YouTube

Finally stream that football series you’ve been meaning to watch

Thanks to streaming sites such as Netflix and Prime Video, there are dozens of football programmes, documentaries, series and films available at the click of a button. Just last week Netflix released a new period drama called The English Game, which is basically Downton Abbey meets the professionalisation of football, while Italian football film Ultras is set to drop this week. But those aren’t the only options open to you.

If you missed the brilliant Diego Maradona film by Asif Kapadia when it aired on Channel 4 this past Saturday night, then you’re in luck: they’ve put it up on their website for you to watch for free. Seriously, go watch it now, it is fantastic.

This writer cannot recommend watching FIFA’s amazing collection of official World Cup films, which go all the way back to 1930, highly enough. They’re available on Prime Video at the moment, but you can also catch them here. Gratefully, FIFA has publicly released the latest entry onto YouTube.

And if none of that tickles your fancy, then football writer Daniel Storey has done us all a brilliant public service by listing these classic VHS tapes that you can watch online:

Many of us are no longer commuting while we work from home or are no longer working altogether, which conversely means a lot less time for podcasting. But it’s still a great way to while away the hours in self-isolation, with endless amounts of choice out there.

Football podcasts are still churning out the content, with many reverting to nostalgia-dripping throwbacks while the football is off, but The Football Faithful was ahead of the curve on this one – and here comes the cheap plug – with our 90’s Football Hall of Fame show. Every week we induct a new face from our favourite era of football, and you can listen to the latest episode here:

The next one comes out on Thursday, but of course we aren’t the only ones you should listen to this week. If at all possible, you should help out the independent creators you enjoy by subscribing to their Patreon page or buying their merch. With the inevitable financial squeeze that will come as a result of the pandemic, some of them need our support now more than ever to survive.

Read a football book or three

If you’re having to spend way more time than usual indoors with little or no clue how to fill the time, then surely now is the time to read that football book you’ve been meaning to get to.

You won’t be stuck for choice anyway, because there are literally hundreds of thousands of football books that you can peruse in your newly found free time. If you’re anything like me, then you’ll have a few shelves worth of them that haven’t been touched since they were bought.

For a nice, effortless one to get the ball rolling, maybe try Andrea Pirlo’s autobiography I Think Therefore I Play. Even if you have already read it, it’s worth re-reading. This writer is currently going through Jonathan Wilson’s latest book, The Names Heard Long Ago, which charts the history of Hungarian football, and comes highly recommended.

The best football books to read in self-isolation

Play out the season on a video game

Maybe you want to take things into your own hands. Perhaps you’re not satisfied with the inconclusive end to the season. Then it might be time to finish out the campaign on a simulator.

Luckily the folks at Sports Interactive have made the wildly successful Football Manager available on Steam for free. Yes, that’s right: free. But you best hurry: the offer only stands until 3PM on March 25 – that’s this Wednesday, so get on it immediately!

But if you yearn for the good old days of Championship Manager, then you can download it for free sans expiry date – with the squads updated to the modern day! Once again, Daniel Storey has provided a vital public service here:

And, of course, there are any number of FIFA competitions going on online this week, so you won’t be stuck for gaming options anyway.

Read: The most random video games you forgot even existed

See Also: Moments that made the Premier League – Liverpool 4-3 Newcastle