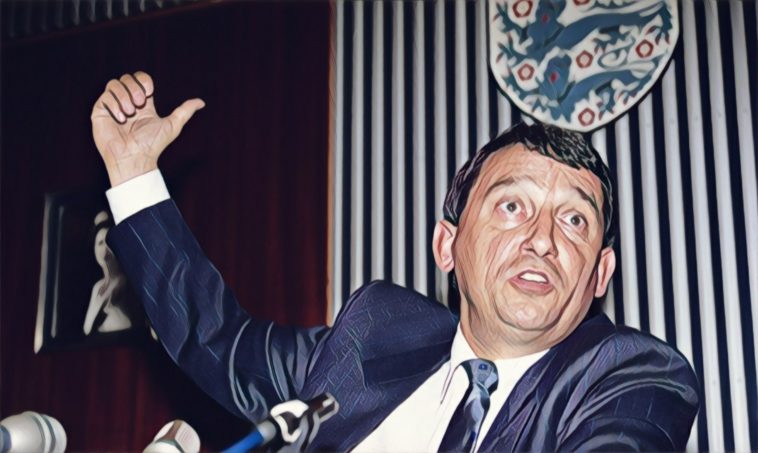 While we’re all stuck inside self-isolating due to the coronavirus pandemic with no live football on, we might as well occupy ourselves with some classic fly-on-the-wall football documentaries from the nineties – all of which are available to watch right now on YouTube.

The recent resurgence of the fly-on-the-wall football documentary has been a welcome development, giving viewers an insight into the inner workings of some of the modern game’s biggest clubs. We’ve gone behind the scenes at Man City, Leeds United, Borussia Dortmund and, most entertainingly, Sunderland, with a Spurs effort on the way as well.

This genre really exploded in the nineties after the success of the documentary following England’s failed USA 94 qualifying campaign (more on that in a moment) and we were bombarded with similar efforts throughout the decade – probably too many, in fact.

Fatigue eventually set in among the viewers and we didn’t see very many of them produced in the following two decades, the excellent Four Year Plan in 2011 being a glorious exception. So let’s raise a glass to these magnificent pieces of work and pay tribute to the hours of entertainment they have given and will continue to give to us.

Poor Graham Taylor. He spent his entire career building up a reputation as a manager who could get teams to play above themselves, to overachieve and reach heights they never thought possible. His football may not have been radical or easy on the eye, but his achievements spoke for themselves.

Then he was made England manager, the dream job – and he became forever associated with the film that documented his failure in that role, dissolving his hard-earned stature in the game over the course of 75 minutes.

Although he became known for catchphrases such as “do I not like that” and “can we not knock it”, the late Taylor did ultimately come across as a kind and decent man. At one point we see him sticking up for John Barnes after the Liverpool player was on the receiving of disgraceful abuse during a World Cup qualifier, while in another scene he takes time out to speak to prisoners.

It’s a film that still holds up to this day, illustrating the incredible difficulty and demands of the England job. Impossible, one might say.

There’s Only One Barry Fry

When There’s Only One Barry Fry was aired in 1997, The Independent described it as “the tale of an amiable buffoon and his ill-fated takeover of Peterborough United”, which is likely the most accurate summation of this documentary that has ever been made.

Narrated by the reassuring voice of Sean Bean, the film follows Barry Fry and Peterborough for a season after he becomes the first owner-manager in English football with predictable results.

Andrew Baker astutely observes in that same piece: “It may be instructive for any other football managers who are considering allowing a documentary team to film them at work to note the three things that these three documentaries have in common, which are (1) bad language, (2) bad football, and (3) the abject humiliation of the manager concerned.”

Baker was spot on with that evaluation, but we were still a few years away from the market for this particular type of film bottoming out.

Orient: Club For A Fiver

Speaking of abject humiliation of a manager, Club For A Fiver follows the misfortunes of Leyton Orient during the 1994/95 season and is most well known for a foul-mouthed rant by the team’s gaffer, John Sitton.

Shot on a low budget by film student Jo Trehearne, the fly-on-the-wall documentary has gained legendary status, covering an atrocious campaign for Orient in which they failed to win away from home, ended the season with nine straight defeats and saw them inevitably relegated.

It would be enough to drive any manager demented, and Sitton was no different. In an attempt to get something, anything out of his players, the Hackney-born Londoner tears strips out of the squad in an infamous diatribe in which he bizarrely tells two players to “bring yer fackin’ dinner, because by the time I’m finished with ya you’ll fackin’ need it.”

We spoke to John Sitton about his career and that incident on our podcast in 2017:

(Unfortunately the full documentary has since been deleted from YouTube, but you can still watch it on Dailymotion).

They Think It’s All Rover

In the nineties, Doncaster Rovers was a proper basket case of a football club. Chaos was par for the course at the Yorkshire club, whose owner even hired an ex-SAS soldier to set fire to the stadium.

That gives you an idea of what we’re dealing with here. And it was all captured for glorious posterity in a brilliant 48-minute documentary from 1998 that you can enjoy online for free. God bless the internet.

An underrated classic of the genre in this writer’s opinion, Chester City: An American Dream follows the northwest outfit during the 1999/2000 season after former NFL player Terry Smith buys the club just as it’s on the brink of going out of business.

Smith sacks the incumbent manager after a patchy start, replacing him with… himself. Unsurprisingly, performances and results don’t improve, while the owner/manager comes up with quotable gems such as this: “I’ve been around coaching, I’ve been around teams enough to know when something is wrong. Right now, nothing is wrong.”

Dear reader, things were, in fact, going wrong. Smith eventually relieves himself from his position, installing an actual manager for the run-in, but it proves too little, too late, and the club are relegated on the final day of the season.

If there’s one thing this documentary is missing then it’s input from the players, who we see in the dressing room and in matches, but we don’t hear directly from. Surely their insight into the culture clash and bizarre ownership of the club would have been an intriguing addition to the production, but it is a great watch nonetheless.

If none of those titles tickle your fancy, then football writer Daniel Storey has provided a terrific public service by listing a number of classic nineties VHS tapes that are also available on YouTube:

Read: The best football books to read in self-isolation

See Also: The most random video games you forgot even existed