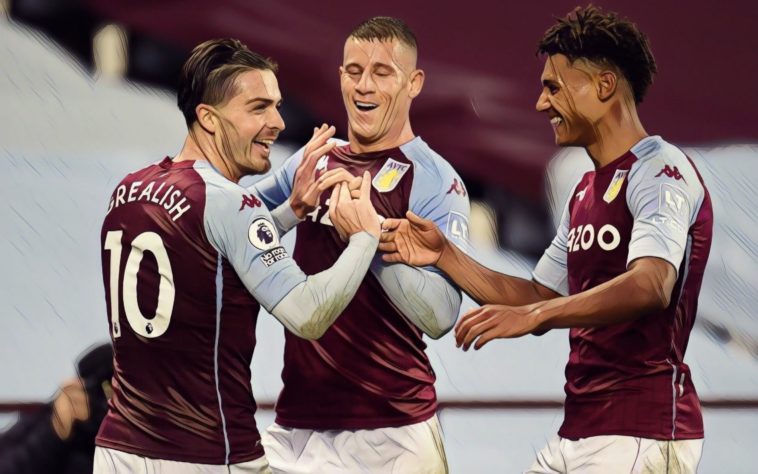 Dean Smith has told his Aston Villa players what they need to ‘be a top-six side’ following the club’s impressive performance so far this season.

Villa have been amongst the most improved teams of the Premier League campaign and have mounted a challenge for Europe after narrowly avoiding relegation last season, sitting five points adrift of the Champions League places with two games in hand on fourth-placed Liverpool.

Smith bolstered his side with a number of shrewd signings during the summer with the likes of Ollie Watkins and Ross Barkley having helped galvanise the side, whilst Jack Grealish has enjoyed another exceptional campaign to emerge as one of the favourites for the PFA Player of the Year award.

Villa travel to face Brighton this weekend looking to close the gap on the sides above them, though Smith is keen to play down talk of Europe so early in the campaign.

Smith insists his side have a long way to go before they can think of playing continental football and says Villa must find greater consistency in their performances if they are to become a top-six team.

“It’s a distraction at the moment,” he said at his pre-match press conference.

“We are only 21 games in and there is a long way to go. We still haven’t played Everton or Tottenham, so it’s been a strange one.

“We have been a little bit up and down in terms of performances. I keep saying to the players that if we want to be a top-six team the consistency has to be there week in, week out.”