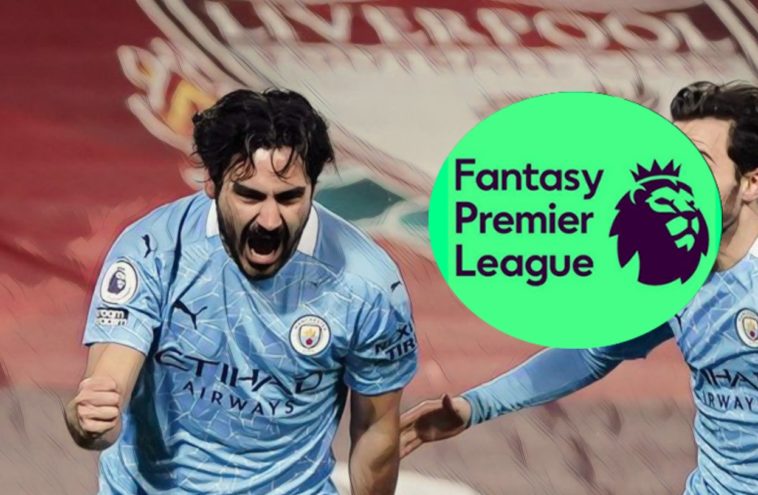 It’s that most precious of events in Fantasy Premier League: the double gameweek.

Four teams are playing twice in gameweek 24 – Burnley, Everton, Fulham and Manchester City – so we have studied the best players to transfer in ahead of Saturday’s deadline.

We have looked at the recent form, underlying statistics and fixtures of the FPL players we think have the potential to score big this week, while also considering the drawbacks of each one.

Fantasy Premier League: The best players to transfer in GW24:

Over the last five gameweeks, no player has earned more than Ilkay Gundogan’s 56 FPL points. The German midfielder has six goals and an assist over that period, spearheading Manchester City’s attack in the absence of Kevin De Bruyne and Sergio Aguero.

Gundogan (£6.0) has been seemingly performing both the role of a number eight and nine simultaneously at times, and has even played as a false nine on occasion. Among midfielders he ranks third in the league for shots taken (16), first for shots on target (7) and sixth for key passes (13) since gameweek 19. His six big chances are also the most of any midfielder.

However, having made 11 consecutive starts and playing for almost an hour in the FA Cup during the week, he may be due a rest in one of the upcoming ties against Spurs and Everton.

Fantasy Premier League: Five of the best captains for gameweek 24

Burnley defenders will be a popular pick this week given their ease of fixtures. Crystal Palace look toothless without the talismanic Wilfried Zaha while Fulham have scored the joint-fewest goals (3) in the league over the past five gameweeks.

This should – in theory – be two straightforward clean sheets for the Clarets. Ben Mee (£5.0) is the top FPL points scorer in Burnley’s defence this season with 69, scoring two goals and keeping six clean sheets. Erik Pieters (£4.3) and Matt Lowton (£4.5) offer differential potential, but Mee is the soundest bet from that backline.

However, Burnley have conceded nine goals over their last seven league matches, keeping just one clean sheet. They have also conceded the most expected goals of any team in that time with 11.90xGA.

They did face a tough run to be fair to them, playing five of the current top six teams, and one would expect them to get back to their stingy ways in gameweek 24.

FPL Podcast: The best double gameweek players to own in GW24

UPDATE: Dominic Calvert-Lewin has been ruled out of the Fulham game with an injury since this piece was originally published.

This suggestion comes with a health warning: Dominic Calvert-Lewin (£7.7) is a slight doubt for this weekend. That said, if he’s in any way fit then he will surely play, but make sure you double check his status before confirming the transfer.

The Everton striker has returned to fine form of late, providing two goals and an assist in his last two league games, while also scoring in the 5-4 win over Spurs in the FA Cup in midweek. Since returning from injury in gameweek 20, he ranks second amongst forwards for shots on target (7), fifth for shots in the box (8), and third for big chances (3).

The glaring problem with going for Calvert-Lewin this week is the defences he will be up against. Fulham are mired in the relegation zone, but they have been conceding on average one goal per game over the past ten gameweeks. Over the same period Man City have been allowing just 0.2 goals against per game.

Manchester City’s defensive assets have become very popular in recent weeks and it’s obvious why; in their last 15 games in all competitions they have conceded just three goals.

Three of their defenders are owned by at least 20 percent of FPL managers, including fullback Joao Cancelo (£6.0). While Ruben Dias (£6.1) is more nailed on to play every minute and John Stones is cheaper (£5.2), it’s the Portuguese who is the most attractive option of the bunch.

Cancelo doesn’t just have the potential for clean sheets, but for serious attacking returns too. Since his first start of the season in gameweek 5, he is third in the league among defenders for key passes (31), fourth for big chances created (5), and third for expected assists (2.71xA).

Those impressive underlying numbers have not been turned into consistent end product, with just one goal and two assists for the campaign. But it genuinely feels like there is the possibility of a major haul in any given game.

The issue is the same one as always with City assets: Pep Roulette. Whether Guardiola rotates him or not soon is anyone’s guess, but it’s worth it for the potential nonetheless.

The longest winning runs in the history of English domestic football

If you really wanted to go out on a limb this week, then Ademola Lookman (£5.0), owned by just 1.3 percent of FPL managers, is your guy.

Fulham have not been proficient in front of goal, but the wide forward has been their most potent attacking threat this season. Perhaps somewhat surprisingly, he is 11th in the league among midfielders for shots (21) over the past ten gameweeks, while he also has the most shots on target (7), shots in the box (13) and chances from open play (18) of any Fulham player in that time.

With three goals and three assists this season, if any of the Cottagers are going to return in the DGW then it’s Ademola Lookman. However, the SW6 outfit have a pretty rotten record at both Everton and Burnley’s grounds.

Fulham have lost their last 12 visits to Goodison Park dating back to 2004, while their last win at Turf Moor dates all the way back to 1951.