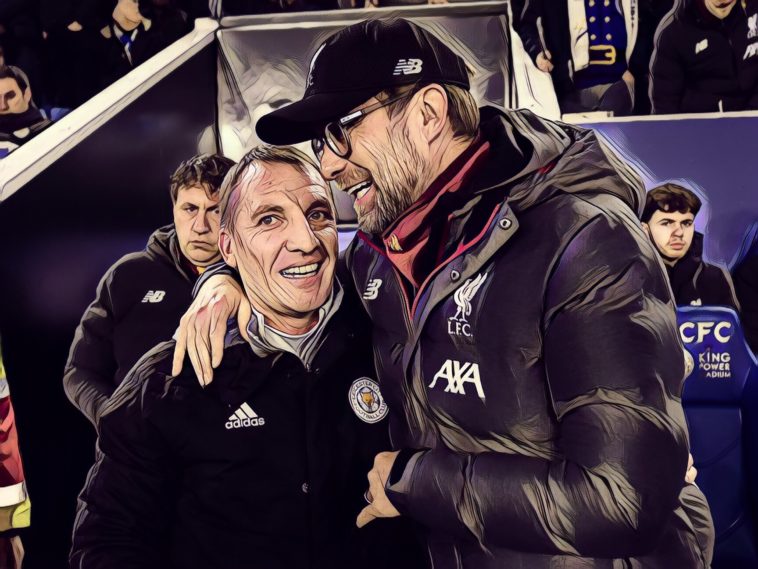 Jurgen Klopp has revealed his huge ‘respect’ for Brendan Rodgers ahead of Liverpool’s crunch clash with Leicester at the King Power Stadium this weekend.

Liverpool travel to third-placed Leicester looking to bounce back from their home humbling to Manchester City last weekend, the defending champions having slipped to fourth in the division ahead of Saturday’s lunchtime fixture with the Champions League chasing Foxes.

The clash once again pits together Klopp and the man he replaced as Liverpool manager in 2015, Rodgers having spent a little more than three years in charge of the Reds, coming close to winning the Premier League during the 2013/14 campaign.

Rodgers has since rebuilt his reputation since being dismissed at Anfield and won two league titles with Celtic before returning to the Premier League, overseeing an impressive improvement of Leicester who have become regular challengers for the top four.

Klopp has praised his opposite number ahead of Liverpool’s clash with the Foxes this weekend and admits he has huge respect for the Northern Irishman’s work since taking charge of the Midlands outfit.

“The job he is doing and they [Leicester] are doing is really really good.

“They had some injury problems and came through properly and now a real competitor.”

Liverpool will be without Fabinho for tomorrow’s clash with the Brazil international absent due to a muscular injury, deadline day signings Ben Davies and Ozan Kabak in line to replace the auxiliary defender at centre-back.