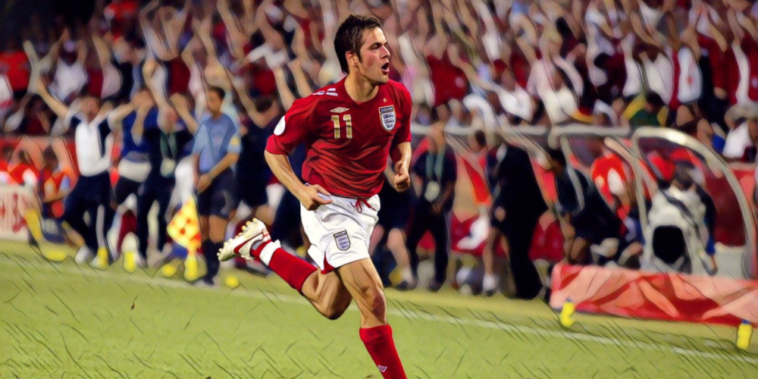 Ahead of the FIFA World Cup we’ve decided to look back and celebrate some memorable moments from past editions of the tournament.

England will be hoping to end decades of disappointment with a successful showing in Qatar, after reaching the latter stages of the past two major tournaments under Gareth Southgate.

As the Three Lions prepare to begin their campaign, we remember five of England’s greatest World Cup goals.

Bobby Charlton was an inspirational figure in England’s 1966 vintage, as the Three Lions were crowned as world champions on home soil.

Charlton was one of the stars of the tournament, scoring three goals including the opener in a 2-0 group stage win over Mexico at Wembley.

The Manchester United midfielder was famed for his long-range shooting and strode forward before lashing in a powerful finish, getting England’s campaign up and running after a goalless draw with Uruguay in their opening fixture.

Charlton also scored twice in the semi-final win over Portugal, a brace which included another thumping effort from range. He ended 1966 as both a World Cup winner and holder of the Ballon d’Or, having been voted as European Footballer of the Year.

David Platt scored one of England’s most memorable World Cup goals at Italia ’90, an effort that would change the course of the midfielder’s career.

Platt was the youngest member of the Three Lions squad for the tournament and had been handed just a bit-part role heading into the last-16 clash with Belgium, starting each of England’s previous games as a substitute.

With the game goalless he was introduced on 71 minutes, before finding the late, late breakthrough in extra-time. Paul Gascoigne clipped a free-kick into the Aston Villa midfielder’s direction as penalties loomed, with Platt swivelling acrobatically to meet the dropping ball and fire home a wonderful volley.

Substitute David Platt grabs an extra-time winner for @England to send the Three Lions into the quarter-finals of Italia 90 pic.twitter.com/Uhsp20Gxn4

“I was spinning, the ball dropped over my shoulder and I just tried to get something on it. There wasn’t a great deal of power. It was all technique. I saw it going in and fell to my knees.” Platt recalled, as per the Express.

“Everything was intuitive, the way I met and hit the ball and then dropping to my knees. Instinct just took over. I’d never ever dropped to my knees after scoring before, I don’t know why I did.

“But when you score a goal like that you just go outside yourself for a bit, everything is surreal. The adrenaline surge is so great it’s as if I really was in a different place, a different world.”

That goal fired England into the last eight as Bobby Robson’s team reached the semi-finals, whilst it was a moment which ignited Platt’s career at international level.

David Beckham was another notable name to open his England account at the World Cup, doing so in trademark fashion with a fantastic free-kick at France ’98.

Beckham had started each of England’s games in qualification, but was omitted from the starting side for the Three Lions’ opening two games of the tournament.

He returned against Colombia as Glenn Hoddle’s side looked to bounce back from a loss to Romania and book their place in the knockout rounds.

Darren Anderton opened the scoring for England, before Beckham took centre stage to bend home a brilliant set-piece and seal a 2-0 win in Lens.

Beckham’s first for the #ThreeLions! 💫

Beckham’s tournament ended in infamous fashion however, as he was sent off in the last-16 clash with Argentina for a petulant kick at Diego Simeone. England exited the World Cup on penalties with Beckham vilified, beginning the start of an incredible redemption tale for the future captain.

Beckham might have ended England’s last-16 clash with Argentina as public enemy number one, but in the same fixture Michael Owen announced himself as a world star.

Owen had burst onto the scene at Liverpool to win the Premier League’s Golden Boot as a teenager the previous season, before being included in the England squad for the 1998 World Cup.

After coming off the bench to score against Romania, he retained his place and broke up the successful partnership of Alan Shearer and Teddy Sheringham, one which had shone at the European Championship two years earlier.

In a frantic opening to the clash, a pair of penalties left the scores level at 1-1 after just nine minutes. Moments later, Owen scored a goal he later admitted changed his life.

Collecting Beckham’s clipped pass inside the centre circle, a fine first touch took him away from Jose Chalmot and the 18-year-old’s electric acceleration carried him rapidly into the Argentina half.

Roberto Ayala appeared frozen as Owen burst beyond a second Argentine, before ignoring the advancing Paul Scholes to rifle in an emphatic finish.

🏆 One of the greatest ever #WorldCup goals 😍

Owen – just 18 and with one full season of senior football behind him – had exploded in a World Cup knockout game, his whirling speed and clinical finishing announcing the arrival of England’s next great forward.

Joe Cole for a short time looked a fine solution to England’s problem position on the left wing and started as a regular during the 2006 World Cup campaign in Germany.

The Chelsea midfielder produced his most iconic England moment in a thrilling group stage clash with Sweden, scoring this incredible goal.

One of our best-ever #WorldCup goals!

As a half-cleared bouncing ball made its way to Cole some 35 yards from goal, he gratefully accepted the invitation.

He took one touch on his chest to set the ball up in the air, before lashing home a volley of dip and swerve that proved far out of the reach of Andreas Isaksson.

Henrik Larsson’s late equaliser ultimately rescued a point for Sweden in an entertaining 2-2 draw, but it’s Cole’s cracker to open the scoring that lives longest in the memory.