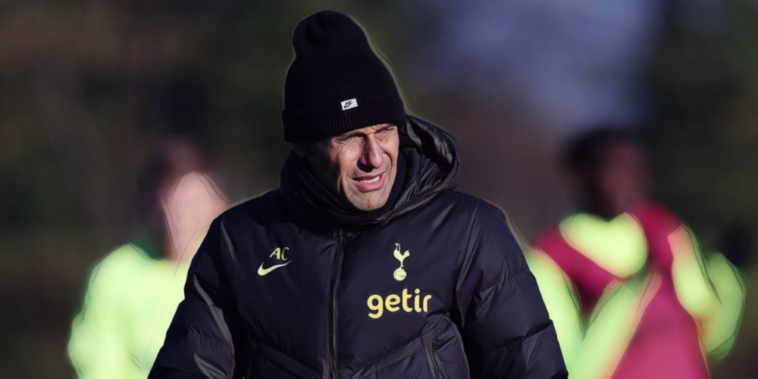 Antonio Conte will resume contract talks with Tottenham this week and the club look to reach an agreement to extend the manager’s deal.

Conte is out of contract at the end of the season, though Spurs possess an option to extend the Italian’s deal for a further campaign.

The 53-year-old took charge of the north Londoners in November 2021 and led the club to a top four finish and Champions League qualification last season, having inherited a side eighth in the Premier League table.

Spurs are in the top four again this season and have reached the Champions League’s last 16, where the club will face AC Milan over two legs in the new year.

Sky Sports are reporting that Spurs are keen to finalise a new deal for Conte and the two parties will resume negotiations this week, ahead of the return of the Premier League season on Boxing Day.

Spurs travel to face Brentford on December 26 and will have Harry Kane and Eric Dier available after England’s World Cup exit. The duo have been given a week off following their exploits in Qatar, but will return to training on December 19.

Hugo Lloris (France), Cristian Romero (Argentina) and Ivan Perisic (Croatia) are the Spurs players who remain at the tournament as the World Cup reaches its conclusion this week.