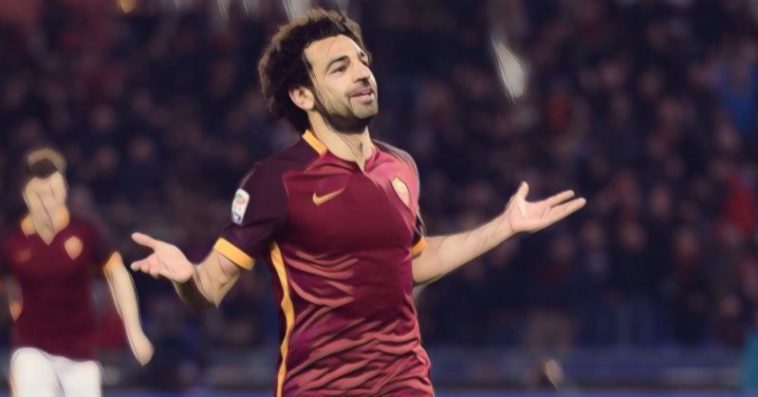 Roma have made an odd habit of signing Premier League rejects over the years, but they’ve done some smart business in the process.

Last week rumours emerged that AS Roma were interested in signing former Everton midfielder Jack Rodwell, and they turned out to be true. But on Tuesday the Serie A club decided against adding the free agent to their squad, and to be frank who could blame them.

This is a guy, after all, who refused to take a pay cut when Sunderland were relegated from the Premier League – the only one to do so. He was then happy to sit on the sidelines for the entirety of their Championship campaign rather than cancel his contract in January so the club could afford to buy a replacement.

You can’t blame someone for not wanting to take home their £70,000-a-week wage that was promised to them by an employer, but this came at a time when the Black Cats were in danger of suffering a second successive relegation, which would put many of the organisation’s workers – earning nothing approaching that of a footballer’s salary – at threat of losing their jobs. The club was relegated and 18 people were let go that summer.

From there Rodwell joined Blackburn Rovers, but they released him this past summer. He’s been without a club ever since, which is a steep decline from when Manchester City were willing to spend £12 million on the once prodigious talent in 2012.

His availability alerted Roma, who are in the midst of an injury crisis and have just one midfielder available. But after seeing him up close on trial for the past few days, they decided to pass on him. How bad do you have to be for a team with just one fit player in your position to not sign you?

Especially since Roma are no strangers to signing players who have been rejected by the Premier League over the years. Since 2013 they have signed 13 footballers from the English top-flight, including Ashley Cole from Chelsea, although he obviously does not fall into the category of ‘reject’.

The much-maligned defender was finally shuttled out of Old Trafford this past summer as part of Ole Gunnar Solskjaer’s rebuild of the Manchester United squad, sent on loan to the Italian capital for the season. He’s been relatively solid for the Romans, helping the side keep two clean sheets from five league fixtures.

Chris Smalling won 100% of his tackles in the Serie A & Europa League this season.

Roma have made a habit of bringing players in on loan before then signing them permanently, although Sky Sports have this week reported that he’s expected back at his parent club at the end of the campaign.

It really didn’t work out in the Premier League for poor old Henrikh, who made a high profile move from Borussia Dortmund to Man United for £37m in 2016. Despite the buzz surrounding the transfer, it never quite clicked at Old Trafford, although how many times have we said that about big money transfers at that club in recent years?

The Armenian was then sent to Arsenal as part of a swap deal for Alexis Sanchez in 2018. He had a decent campaign last year, contributing six goals and four assists in 25 league games, but he didn’t travel to Baku for the Europa League final in May due to the political situation between Azerbaijan and his native country.

Bohemians have overachieved yet again – but it’s no accident

Chelsea bought the Italian right-back from Torino in 2017 for £22.5m, but he never came close to justifying that fee during his time at the club. He now has a chance to redeem himself on loan at Roma, although he has only seen 12 minutes of action so far.

‘Reject’ is definitely too harsh a term to apply to the Bosnian after his four-and-a-half years in Manchester, scoring 72 goals in 189 games and winning two league titles. But even to this day it feels as if his achievements don’t get the recognition they warrant.

It probably has something to do with the massive transfer fee he went for, and the drawn out speculation of his move which only managed to build up the hype. Dzeko was a success at City though, and he’s proven himself as one of the best strikers in Italy since moving there in 2016.

Again, Kolarov’s time in England could hardly be deemed a failure, but he was often seen as a liability in the Man City defence. The Serb is capable of taking stunning free-kicks and bombing forward down the wing, but leaves spaces in behind for the opposition to take advantage of.

Ever since his departure, however, the club have been unable to nail a suitable long-term replacement at left-back. Benjamin Mendy’s injuries mean Pep Guardiola has had to play midfielder Oleksandr Zinchenko there. Meanwhile, Kolarov has three goals and one assist in nine league games this season. Was it a mistake letting him go?

The Argentine defender was far too slow to survive in the Premier League with Tottenham Hotspur, as evidenced by the roasting he received from France’s Kylian Mbappe in last summer’s Fifa World Cup. But Fazio has redeemed himself at Roma, becoming one of their main central defensive options. He’s no Virgil van Dijk, but he has done well for himself in Italy.

Before he was one of the world’s deadliest forwards for Liverpool, Mo Salah was a Chelsea reject. The Egyptian joined the South West London outfit from Basel for £14.85m, but Jose Mourinho failed to make the most of his talents and after a loan spell at Fiorentina he ended up joining Roma for less than he was bought.

They snapped him up for an absolute bargain, and after a brilliant campaign in 2016/17 they sold him to the Reds for £37m. The rest is history.

The Polish goalkeeper has had a remarkable turnaround in his career since leaving Arsenal back in 2015. At the time Gunners supporters were happy to see the back of him because of his inconsistency and liability for errors, but after a two-year loan spell at Roma, his fortunes had almost completely reversed.

The 29-year-old proved himself as a top goalie in Serie A, so much so that Juventus decided he was the man to replace the legendary Gianluigi Buffon, paying the North London outfit just under £13m for his services.

The centre-back was bought by Newcastle United in January 2013 for over £7m after winning Ligue 1 with Montpellier, playing 37 league games over two seasons.

Despite winning four caps for France around this time, Yanga-Mbiwa was sent out on loan to Roma, who ended up buying him in 2015. He had a decent campaign in Italy, where he played regularly domestically and in Europe, before moving back to France with Lyon.

There were some amazing signings during the Arsene Wenger era, but there were also some tremendously underwhelming ones too. Gervinho fits nicely into the latter category.

The Ivorian caught the eye of the French manager after playing a role in Lille’s Ligue 1 triumph in 2011, but he lasted just two seasons without making an impact. He was subsequently picked up by Roma, where his performances improved; his goals-to-games ratio went from one every 5.7 matches at Arsenal to one every 3.4 matches in Italy.

A big name transfer for Manchester City back when they were in the early years of splashing their newfound cash, but one that never really got going.

The Brazilian was an exciting winger for Inter, but the Premier League didn’t get to see it all that much as he only played for the club nine times. Injury curtailed his spell there massively, and even when he was fit he couldn’t dislodge either Pablo Zabaleta or Micah Richards from the right-back spot.

From there he went to Italy’s capital, where he saw out the last three years of his career.

All transfer fees via transfermarkt.com