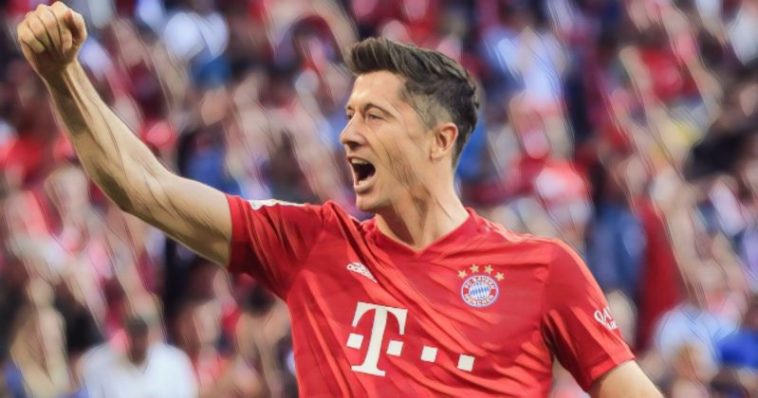 The race for the European Golden Shoe has a clear early frontrunner, as leading forwards from across Europe’s top leagues hit their stride in the opening weeks of the new season.

Leicester’s Jamie Vardy currently leads the way in the Premier League following his hat-trick in Friday night’s record-equalling 9-0 win at Southampton, but where does the Foxes forward stand in the race to succeed Lionel Messi as Europe’s highest goalscorer?

The Colombian forward has been in prolific form since returning to Italian football following a spell at Sevilla, making an instant impact at an Atlanta side who secured Champions League football with a top-four finish in Serie A last season.

The former Udinese and Sampdoria striker joined Gian Piero Gasperini’s side in a deal worth €18m during the summer and has immediately began to repay his manager’s faith, scoring eight goals in just three starts so far this season.

Muriel’s goals have helped propel Atlanta to third in the table, five points behind early leaders Inter Milan who have played a game more.

luis muriel goals per minute is insane this season 👀 pic.twitter.com/TFquG6dkgW

Having thrived during a loan spell in the Championship last season, Tammy Abraham has been handed his opportunity at Chelsea under Frank Lampard this season and has thrived in the new manager’s energetic young side.

Abraham has scored eight goals in just ten league appearances for the Blues so far this season, including a first Premier League hat-trick in the win at Wolves in September. The 22-year-old’s form has seen him called up to Gareth Southgate’s England squad for the recent Euro 2020 qualifiers, where he will now hope to establish himself ahead of next summer’s tournament.

A familiar face amongst the leading scorers in the Premier League, Manchester City’s Sergio Aguero is once again amongst the Golden Boot contenders following a prolific start to the new season.

Aguero’s eight goals have come in just six league starts for Pep Guardiola’s defending champions, with the 31-year-old again proving himself as one of the deadliest finishers in the English game.

The Argentinean is bidding to becoming the first player in Premier League history to score 20+ goals in six successive seasons this campaign, and it would be a brave man to bet against him achieving the feat following his start to the campaign.

The French forward opted to return to his homeland this summer, moving to Monaco in a deal worth €40m as a replacement for the outgoing Falcao.

The 29-year-old scored an impressive 70 goals in just 138 appearances during a three-year spell in Spain with Sevilla, and has continued his prolific form since making a return to Ligue 1.

Ben Yedders is currently averaging a goal-per-game for his new side, his haul of nine league goals already more than Paris Saint-Germain superstars Kylian Mbappe and Neymar combined.

9 – Wissam Ben Yedder has become the fastest Monaco player to score 9 goals with the club in Ligue 1 over the 50 last seasons. Virtuosis. #FCNASM pic.twitter.com/cnCi9Bo09B

The early runner in the race for the Premier League’s Golden Boot is Leicester City’s Jamie Vardy, who is partying like it’s 2016 all over again.

Brendan Rodgers’ exciting young side have enjoyed a flying start to the new season, currently sitting third in the division following a series of impressive performances.

Key to their run has been the form of Vardy, who despite turning 33 this season has shown no signs of slowing down. It’s now nine goals in ten appearances for the former England forward, who has scored more goals than any other player in England’s top-flight since Rodgers became as Foxes manager in February.

Despite his advancing years the pacey forward seems to be improving, and after missing out to Harry Kane for the Golden Boot during Leicester’s shock title triumph three years ago, will surely have one eye on winning the accolade this season following his rich vein of form.

Long regarded as a fine talent, Lazio forward Ciro Immobile seems to have found a home in the Italian capital after a series of failed moves.

The 29-year-old is currently in his fourth season with Lazio, where he has scored 77 goals in just 114 league appearances since joining from Sevilla for just €8.75m following underwhelming spells in Spain and in Germany with Borussia Dortmund.

A two-time winner of the Capocannoniere as Serie A’s top scorer, Immobile is the early leader in the race to win the award for a third time after hitting ten goals in just nine league appearances so far.

Immobile humbly and quite honestly admitted it would be difficult to face Cristiano Ronaldo both on the pitch and in the race to finish top scorer following the Portugal international’s arrival at Juventus last year, though with a six-goal lead on Ronaldo already, perhaps the forward should begin to back himself.

Ciro Immobile has been directly involved in more league goals (14) than any other player in Europe's top five division so far this season.

Another forward who looks to be in career-best form, Bayern Munich’s prolific Pole continues to score goals at a quite phenomenal rate.

Lewandowski has now scored 13 league goals in just nine appearances for the Bundesliga champions so far, becoming the first player in the competition’s history to score in each of the first nine fixtures of the season.

The 31-year-old has scored over 40 goals in each of the past four seasons, and already has 19 in all competitions in just 15 appearances in the current campaign.

Having finished as the Bundesliga’s top scorer four times previously he is the red-hot favourite to win the award once more, though he will have ambitions of becoming German football’s first winner of the European Golden Shoe since Gerd Muller in 1972.

RECORD: Robert Lewandowski is the first-ever player to score in nine straight Bundesliga games to start the season.

Read: Five teams with the most goals in Premier League history