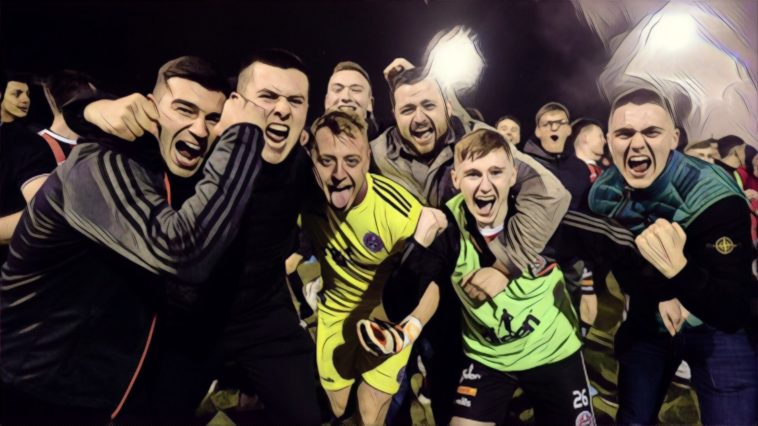 During Keith Long’s five-year stint in charge of Bohemians, the club have managed to defy the odds time and again. But it’s by design rather than sheer luck.

At the beginning of the SSE Airtricity Premier Division campaign, Bohemians were widely tipped to struggle. The squad had been shorn of three centre-backs and other key players, including the league’s best goalkeeper in Shane Supple, who was forced to retire due to injury. They didn’t have the money to go out and buy readymade replacements.

And yet, this writer wasn’t convinced they would do all that badly. After all, Bohs have consistently overachieved enough these past few years that it would be foolish to bet against the management skills of Keith Long. But even the most optimistic of supporters could not have predicted how well they would go on to do this year, reaching the FAI Cup semi-finals for the second successive time, finishing third in the league and, most importantly, qualifying for next season’s UEFA Europa League.

So what’s behind this latest overachievement, arguably his biggest at the club to date?

Long gets most of the media attention and headlines, but his assistant Trevor Croly is regarded as one of the best coaches on this island. Together they make a deadly duo that has moulded a young team into an impressive side that can both play attractive football and get in the trenches with the best of them.

When The Football Faithful spoke to Keith Buckley earlier this year, the Bohs midfielder filled us in on why their partnership works so well: “I don’t know what it is, but those two together are just a good match. They have good qualities and they bounce off each other in a way. But whatever it is, it just works. The two of them are so focused.

“If we need any improvements, they’ll put it to the group. So it might be, “right, we need to score more goals” or “we need to get the ball wide quicker”, and they’ll give us feedback and let us know what they think. But ultimately they’ll say “it’s down to youse and how you feel” on the pitch.

“It’s not a dictatorship, “that’s what you’re going to do” and so-and-so. You have to have feedback from the players, because we’re the ones on the pitch. So we’ll share ideas and work together, and that’s what I think is great.”

A huge element of the team’s success is their excellent recruitment. Year on year, the Gypsies lose more and more first team players, and it’s already happening again before the off-season – captain Derek Pender is retiring after a 17-year career. But the side seems to get incrementally better regardless. Buckley makes a salient point: “I don’t think any other manager has sold as many players as Keith … (but) he has a good eye for a player.”

Long’s scouting of the UK is extensive, to the point where he knows of virtually every Irish player across the water and when their contracts are up, making regular trips over to meet with players. The number of teenagers heading over to clubs in England and Scotland to make a career in football is substantial, yet very few make the grade. Long has taken full advantage of this unfortunate reality, picking up quality players for nothing, save for the promise of regular football and a chance to revitalise careers that have hit the skids.

The list of talents the club have signed this way is impressive: James Talbot (Sunderland), Danny Mandroiu (Brighton), Conor Levingston (Wolves), Scott Allardice (Dundee United), Luke Wade-Slater (Stevenage), Rob McCourt (West Brom) and James Finnerty (Rochdale). And those are just the ones signed in the past year. Without Long’s intervention, some of them may very well have been lost to the game altogether.

A former Stoke City player himself, Long and the club came in for criticism after 14-year-old Evan Ferguson made a brief cameo on debut against Derry City last month, but the decision to field the youngster is demonstrative of his faith in youth. Over the years the likes of Ali Reghba, Andy Lyons, Danny Grant and Roberto Lopes have come through the youth ranks at Bohs, who have a partnership with local schoolboy outfit St Kevin’s Boys, where Burnley pair Robbie Brady and Jeff Hendrick were developed.

Whether they arrived from England, the League of Ireland, or from within the club’s own system, most have either thrived at Dalymount Park or gone on to bigger and better things. Reghba was signed by Leicester City, Lopes has been of the division’s best defenders at Shamrock Rovers, Daniel Kelly possesses a league winner’s medal with Dundalk, and Aymen Ben Mohamed is now a two-time African Champions League winner at Le Harve.

In a way, Long and co have had their hand forced into working this way. Just five years ago the club were on the brink of financial ruin due to a multi-million euro debt. Although that debt has been cleared thanks to a deal with Dublin City Council to sell and refurbish the ground, they still have to cut their cloth. The coaching staff have managed to find a way to do that what is both clever and successful.

On the face of it, Bohemians shouldn’t be doing as well as they are. They’ve fallen on hard times in the very recent past, they have next to no money to invest in the first team, and their stadium has been depreciating rapidly over the years. But the Dublin outfit has forged a community spirit off the field and, coupled with the strategy in the front office, the turnstiles have been ticking over and the stands have swelled to capacity.

The mood around Phibsborough is arguably better than ever. How far can they go?

Read: How young is too young? The potential risks & dangers of thrusting teenagers into senior football