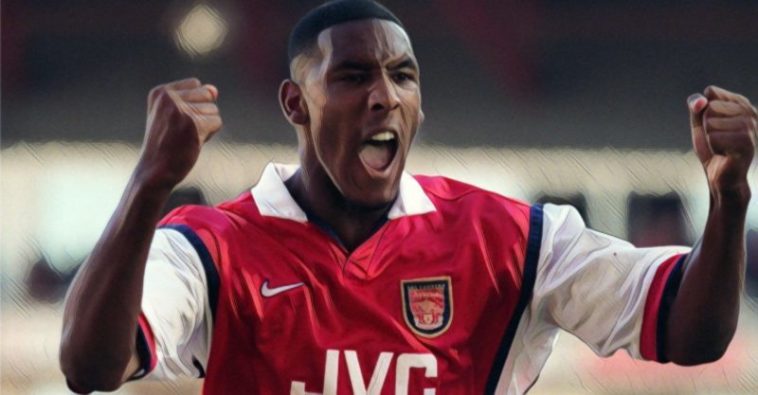 Elsewhere Blackburn were relegated to the second tier just four seasons after being crowned champions, in what was the 100th season of top flight football in England.

We’re continuing our look back at the star performers of each Premier League campaign, revisiting the 1998/99 PFA Team of the Year:

The mid-season departure of manager George Graham did little to derail Leeds’ progress of recent years, the Yorkshire side securing a fourth-placed finish under David O’Leary to secure qualification for the following season’s UEFA Cup.

Key to the club’s success was once again the consistent performances of England international Martyn, who was included in the Premier League’s Team of the Season for the second successive campaign.

Only two sides conceded fewer goals than Leeds throughout the campaign as Martyn kept 13 clean sheets, the goalkeeper recognised for his performances as The Whites secured their highest league finish since being crowned as champions in the final pre-Premier League season.

Neville’s reputation as the best right-back in English football throughout the late nineties continued with a fourth consecutive inclusion in the PFA Team of the Year, the Bury-born star having been an indispensable figure throughout Manchester United’s treble-winning campaign.

Only goalkeeper Peter Schmeichel made more than Neville’s 54 starts in all competitions, the full-back scoring once in a 3-1 home victory over Everton in late-March.

Neville’s consistency saw him once again voted into the division’s best XI by his fellow professionals, one of five representatives from Sir Alex Ferguson’s all-conquering side.

Tottenham recovered from a poor start under Christian Gross to secure a mid-table finish following the controversial appointment of Arsenal icon George Graham as manager, the foundation of the north London side built on the domineering performances of centre-back Campbell.

The England international made 52 appearances in all competitions and scored an impressive eight goals, including a memorable brace in a 2-2 draw with eventual champions Manchester United at White Hart Lane.

The defender also helped Spurs to silverware success in the form of the League Cup, beating Leicester City 1-0 in the final at Wembley to secure European qualification.

Forming the second half of a formidable centre-back pairing is Manchester United’s Jaap Stam, the Dutch defender establishing himself as one of the finest defenders in English football following his summer arrival from PSV Eindhoven.

The £10.6m paid for his services made Stam the most expensive Dutch player in history, but after an initial period of adaptation he soon became worth the significant outlay.

Stam made 51 appearances in all competitions and played every minute of the club’s Champions League campaign, quickly developing a reputation as one of the best in the business.

The third Manchester United representative in the Premier League’s best defence, Irwin was once again an experienced figure and model of consistency throughout the club’s historic campaign.

Irwin was the club’s first-choice at left-back for the majority of the season and scored twice in the Premier League, netting pivotal penalties both home and away to arch-rivals Liverpool.

The Cork-native finished the season with 48 appearances in all competitions and a second inclusion in the division’s Team of the Year, in addition to a host of winners’ medals to add to his already burgeoning silverware collection.

David Beckham’s rise to superstardom was halted in dramatic circumstances following his costly role in England’s 1998 World Cup exit, though the star bounced back from a hostile public reception to enjoy the best season of his career to date.

Beckham was included in the Premier League’s Team of the Season for the third year in succession, after finishing amongst the leading assist providers in the division and helping the Red Devils to treble-success.

Amongst his season highlights included scoring a vital equaliser as United came-from-behind to beat Tottenham and secure the title on the final day of the season, in addition to delivering both corners from which the Red Devils scored during their dramatic Champions League final victory over Bayern Munich.

He finished the season with nine goals in all competitions and was later named as the runner-up to Rivaldo for both the Ballon d’Or and FIFA World Player of the Year awards.

One half of an all-Arsenal midfield pairing, Petit had helped the Gunners to a domestic double the previous season before enjoying another fine season for Arsene Wenger’s side.

Petit returned from helping France to a maiden World Cup triumph on home soil during the summer, scoring the third goal in the nation’s final success over Brazil in Paris.

The north London outfit ultimately fell short in the defence of their double crown, however, losing out to Manchester United in the title race by just a single point and losing to the same opposition in the semi-finals of the FA Cup.

Despite the club’s near misses, however, Petit was recognised as one of the finest midfielders in English football following a season that saw the Frenchman make 32 appearances and score six goals in all competitions.

Vieira joined midfield partner and teammate Petit in the Premier League’s Team of the Year following an outstanding season for the Frenchman, the powerful presence of the all-action star driving Arsenal’s title challenge for much of the season.

Vieira’s growing influence continued as he made 43 appearances in all competitions, scoring goals in victories over Leeds, Middlesbrough and Wimbledon, whilst he also played his part as the Gunners competed in the Champions League for the first time since its rebranding in 1992 – though the Premier League champions were eliminated at the group stage.

It takes a special talent to claim the Premier League’s Player of the Season awards in a mid-table outfit, but then David Ginola was no ordinary player.

The French winger had enjoyed an impressive debut season after signing from Newcastle the previous year, before being recognised as the stand-out star of the division during the 1998/99 campaign.

Ginola provided ten assists and scored three goals as Spurs finished 11th in addition to winning the League Cup, though it was his swashbuckling style which captivated fans and earned recognition from his fellow professionals.

He earned the second of two inclusions in the Premier League’s Team of the Year, in addition to being named as both the PFA Player of the Year and the FWA Footballer of the Year.

The Trinidad and Tobago international scored 29 goals in all competitions – 18 of which were in the league – in a brilliant debut season at Manchester United, Yorke winning a share of the division’s Golden Boot and being named as the Premier League Player of the Season.

A teenage Nicolas Anelka had shown flashes of his potential with nine goals in all competitions for Arsenal to win a domestic double the previous season, before producing a series of scintillating performances during a breakthrough 1998/99 campaign.

The 19-year-old scored 17 league goals for the season including a run of four goals in four fixtures throughout October, his performances seeing the Frenchman named as the PFA Young Player of the Year and included in the division’s best XI.

Hopes that Anelka would spearhead the Gunners into a new era of success were short lived, however, the forward signing for Real Madrid in a £22.3m deal at the end of the season – the Spanish giants splashing a record fee on a youngster signed for a bargain £500,000 just two years earlier.