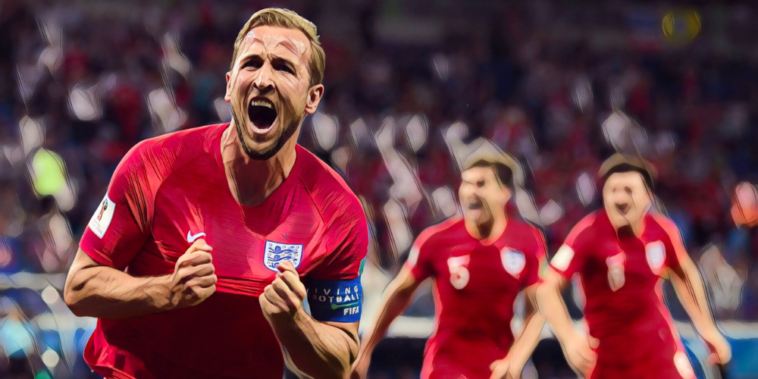 The FIFA World Cup is one of sport’s greatest spectacles and each edition sees the planet’s best talents compete to be crowned world champions.

Making an impact at a World Cup can cement a player’s place in the sport’s history and the Golden Boot is among the most coveted individual honours of each tournament.

Some of football’s finest have claimed the award during past editions and we’ve decided to look back at some of the modern winners.

Here are the last five winners of the World Cup Golden Boot.

Harry Kane will be hoping to become the first player to win back-to-back World Cup Golden Boots when England travel to Qatar this winter, having claimed the prize during the Three Lions’ run to the semi-finals in 2018.

Kane ensured England’s campaign in Russia got off to a winning start with a brace against Tunisia, with his double including a stoppage-time winner for Gareth Southgate’s side.

The forward hit a hat-trick in the following fixture as Panama were thrashed 6-1, before scoring his sixth of the tournament with a penalty in the last-16 win over Colombia.

ON THIS DAY: In 2018, Harry Kane became the second Englishman to win the World Cup Golden boot after Gary Lineker.

He scored with all six of his shots on target. 🏆 pic.twitter.com/9a8fYXJzY5

James Rodriguez emerged as one of the stars of the 2014 World Cup in Brazil, scoring six goals in five matches as Colombia reached the quarter-finals.

The midfielder scored in each of Colombia’s games during their run to the last eight, netting against Greece, Ivory Coast and Japan as the South Americans progressed to the knockout rounds as group winners.

Rodriguez then lit up his side’s last-16 clash with Uruguay, scoring twice – including a stunning volley which was named as Goal of the Tournament and won FIFA’s Puskas Award – before a consolation penalty in defeat to Brazil took his total to six.

Rodriguez’s performances captured the attention of Europe’s elite with Real Madrid securing his signing from Monaco for a fee of £63m following the tournament. The fee made the Colombian the fourth most expensive footballer ever at that time.

Thomas Muller burst onto the scene at the 2010 World Cup, with the Germany forward winning both the Golden Boot and Best Young Player Award in South Africa.

Muller had never scored for the national team heading into his first World Cup tournament, but netted five times during the German’s run to the semi-finals.

The 20-year-old netted in Germany’s opening group game against Australia, before starring during the 4-1 destruction of England in the last-16 with a three-minute brace.

🏆 Thomas Muller's opener ensured he took home the Golden Boot as well as the Best Young Player award. What a phenomenon he was in South Africa 🔥@esmuellert_ | @DFB_Team_EN pic.twitter.com/sILoboQue9

He scored again as Argentina were thrashed 4-0 in the last eight, before registering his fifth of the tournament with a goal in the third-place play-off win over Uruguay.

Muller ended the tournament level on five goals with David Villa and Wesley Sneijder, though scooped the Golden Boot after contributing more assists with three in total.

Having impressed during a breakthrough tournament in Japan and South Korea four years earlier, Klose finished as the leading scorer on home soil as Germany hosted the 2006 edition.

5 – Miroslav Klose won the Golden Boot at the 2006 World Cup with five goals; his joint-best return alongside 2002. Indeed, he is one of just two players to net 5+ goals in back-to-back World Cup tournaments, along with Thomas Müller (2010 & 2014). Natural. #OptaWCYears pic.twitter.com/sAxkWVVUl2

He scored braces in group stage wins over Costa Rica and Ecuador, before heading home his fifth of the tournament with a crucial equaliser as Argentina were beaten on penalties in the quarter-finals.

Germany’s run ended in the last four, though Klose’s goals were enough to seal the Golden Boot. He finished two goals ahead of a group of players that included Ronaldo, Hernan Crespo, Thierry Henry and Zinedine Zidane.

Ronaldo’s redemption at the 2002 World Cup is one of the great tournament stories, with the iconic Brazilian forward having bounced back from his nightmare four years earlier and career-threatening injuries to fire Brazil to success.

Ronaldo had suffered a seizure on the eve of Brazil’s final defeat to France in 1998, eventually taking his place in the side but looking a shadow of the player whose performances earned him the Golden Ball accolade.

Four years later and after missing the qualification period due to serious knee problems, he returned in Japan and South Korea to cement his status as one of the game’s greats, scoring eight goals.

Ronaldo’s return remains the highest in a single World Cup campaign across the past 50 years, with his crowning moment coming in the final as he scored both goals in a 2-0 win over Germany.

His performances earned him a third FIFA World Player of the Year award and the Ballon d’Or, alongside a big-money move to Real Madrid.