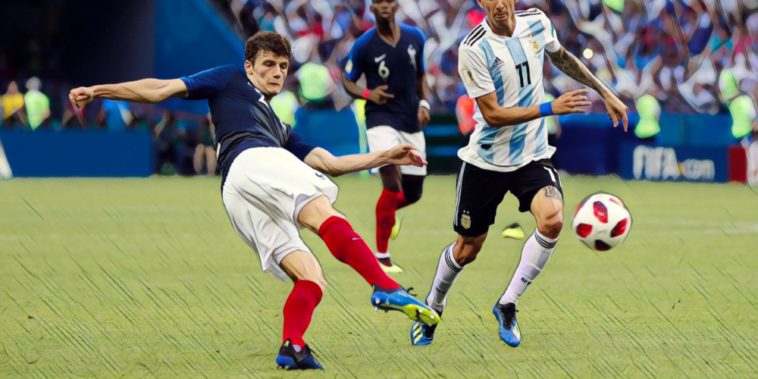 The FIFA World Cup is football’s biggest tournament as the best players from all corners of the globe unite for a festival of football.

That the tournament is a quadrennial event only adds to its prestige, a competition where the world’s finest know a major contribution will forever be remembered. Make your mark at a World Cup and you’ll write your name into the history books. With a little bit of luck, you might just pick up an individual award.

FIFA introduced an accolade for the World Cup’s best goal in 2006 and ahead of Qatar we’ve remembered each of the past winners.

Argentina required something special to progress past Mexico in 2006, with the two teams locked together in extra-time.

Rafael Marquez had given Mexico a surprise lead after meeting a Mario Mendez free-kick after five minutes, but Hernan Crespo scrambled home an equaliser just moments later to level the scores. Unable to be separated, the side went into extra-time where Maxi Rodriguez produced something truly spectacular.

The winger cushioned Juan Pablo Sorin’s cross-field pass on his chest before unleashing a left-footed volley from distance that flew beyond the despairing dive of Oswaldo Sánchez and into the top corner.

Argentina and Mexico went to extra time in the last 16 of the 2006 World Cup.

Then Maxi Rodriguez scored one of the all-time great goals 😱

Rodriguez, who spent two seasons at Liverpool between 2010 and 2012, scored 15 goals for Argentina but none were better than this last-16 decider.

Diego Forlan had quite the time at the 2010 World Cup.

The Uruguayan forward was awarded the Golden Ball as the tournament’s best player, having scored five goals to finish as the competition’s joint-leading scorer.

Forlan’s goals propelled Uruguay to the last four, the South American’s joint-best finish since being crowned world champions for a second time in 1950. La Celeste bowed out in the semi-finals to the Netherlands, before losing an entertaining third-place play-off with Germany.

Forlan’s acrobatic volley put Uruguay 2-1 ahead before an eventual 3-2 defeat, but there was some solace after his effort was named as the finest goal of the finals.

A fine strike no doubt, but it was arguably not even the best that Forlan scored in South Africa. The Uruguayan made the most of the Jabulani ball’s infamously unpredictable flight with a series of spectacular strikes.

In a tournament which saw goalkeepers rue Adidas for their often unsaveable creation, Forlan smashed home this swerving stunner from distance against the host nation.

Silence has never sounded so good! 😍

James Rodriguez was the star of Colombia’s World Cup campaign in 2014, as the midfielder announced his arrival as global name.

Rodriguez scored in all five of the Colombian’s games as the nation reached the quarter-finals for the first time, including a spectacular match-winning double to down Uruguay in the last 16.

Uruguay manager Óscar Tabárez called Rodriguez’s opening goal “one of the greatest goals the World Cup has ever seen” after the midfielder turned and swivelled to hit a breathtaking volley which crashed in off the underside of the crossbar,

The goal was later named as the winner of the FIFA Puskás Award for the best goal of the year and was one of six that Rodriguez scored in Brazil, a haul which earned him the tournament’s Golden Boot and a mega-money move to Real Madrid.

France edged out Argentina in a World Cup classic in 2018, as the two teams traded seven goals in a thrilling end-to-end encounter in Russia.

Kylian Mbappe scored twice for Les Bleus, but it was strike of Benjamin Pavard which was recognised at the tournament’s end.

The full-back had never previously scored for France, but opened his account for his country with a goal straight out of the top drawer. Pavard’s sublime half-volley was named as Goal of the Tournament, executing the most perfect of connections to slice the ball into the far corner.

This Benjamin Pavard strike will forever be iconic ☄️

He became the first French defender to score a goal in the World Cup since Lilian Thuram in the 1998 semi-final and followed in Thuram’s footsteps after winning the trophy.