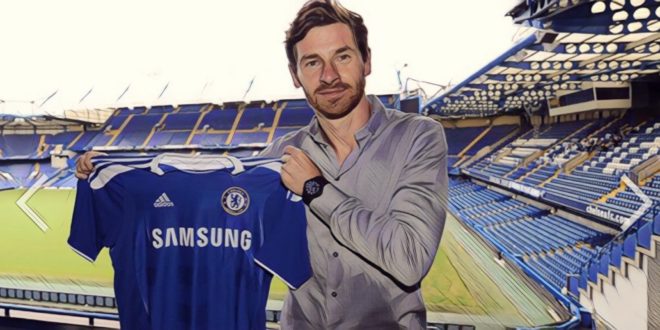 Harry Diamond 08/04/2020 Five of the Best, Opinion/Features Leave a comment

Some of the Premier League’s leading clubs have taken a refreshing approach to new managerial appointments this season, with both Chelsea and Arsenal opting for relative inexperience in the form of Frank Lampard and Mikel Arteta respectively.

Arteta has taken his first role in senior management at the Emirates and the 38-year-old is currently the division’s most youthful head coach, though he is still some way older than the youngest managers the Premier League has seen.

Here are the rankings of the five youngest managers in Premier League history:

The former Ballon d’Or winner arrived at Chelsea during the twilight of his playing career, but made such an impression that he was appointed as the west London side’s new player-manager just a year later following Glenn Hoddle’s decision to take charge of England.

Gullit’s reign at Stamford Bridge began well as a series of continental signings starred, including fan favourite Gianfranco Zola who would later be named as the FWA Footballer of the Year after arriving from Parma in November.

He guided the club to their first major trophy in 26 years during his first season in charge, beating Middlesbrough 2-0 at Wembley to become the first foreign manager in history to win the FA Cup.

The Dutchman’s second season saw his relationship with the club’s board become strained despite on-field progress, however, Gullit sacked in February and replaced in his player-coach role by Gianluca Vialli – a player he had brought to the club from Juventus.

Roman Abramovich’s tenure as Chelsea owner has been littered with managerial upheaval, with the arrival of Villas-Boas from Porto – at a world record compensation cost – proving one of a number of ill-fated short term reigns.

The Portuguese had been labelled as the second coming of Jose Mourinho after his emergence in his homeland, guiding Porto to the Europa League title at just 33-years-old to gather a reputation as one of Europe’s most promising young coaches.

Porto completed a famed unbeaten league campaign during a sole season under his management, as part of a treble including the Taca de Portugal and that aforementioned Europa League triumph.

He arrived at Chelsea after that single stunning season in 2011, but soon found the Premier League a much different proposition and lasted less than a year in west London, sacked in February of his first season as the Blues dropped out of the Champions League places.

The third Chelsea manager to feature on this list, Vialli stepping in to replace the aforementioned Gullit as player-manager at Stamford Bridge in 1998.

Vialli’s appointment came as a surprise to many but performances instantly improved under the Italian’s stewardship, Chelsea winning six of their final ten league games to secure a fourth placed finish.

It was in cup competition, however, where Vialli’s impact was most felt, lifting the League Cup with victory over Middlesbrough in March before leading the Blues to the final of the European Cup Winners’ Cup.

Gianfranco Zola scored the only goal of the game as Stuttgart were defeated in the final to secure a cup double, before Vialli added further success in the form of the Charity Shield, UEFA Super Cup and FA Cup over the following two seasons.

Sacked, harshly, just five games into the 2000/01 season after an indifferent start, Vialli remains a fans’ favourite at the west London side for his role in the club’s pre-Roman Abramovich successes.

Having finished his playing career at Fulham, Chris Coleman joined the club’s coaching staff under Jean Tigana before succeeding the Frenchman in a caretaker role following his sacking in March 2003.

The former Welsh international became the youngest manager in the club’s history but began brightly in his first senior coaching role, leading the club to a ninth-placed finish in his first full season in charge.

The sales of several key stars – including the likes of Louis Saha and Steed Malbranque – saw Fulham fail to build on their top half finish, however, though Coleman kept the club away from danger throughout his four years in charge.

He was surprisingly sacked after a seven-game winless run in April 2007 and has since had spells in charge of the likes of Real Sociedad, Sunderland and the Wales national team.

The youngest manager in Premier League history is former Crystal Palace favourite Attilio Lombardo, thrust into a player-manager role to save the club’s season after Steve Coppell moved into a Director of Football role at Selhurst Park.

Lombardo had only arrived at the newly-promoted club the previous summer from Juventus, though the Italian international had quickly won the hearts of the Eagles’ faithful before being thrust into a first senior coaching role.

‘The Bald Eagle’ took charge of Palace’s final seven games of the season as part of a bizarre management team alongside teammate and interpreter Tomas Brolin, however, the unlikely duo failed to stop the rot as the club were relegated to the second tier.

Lombardo stepped down as manager but remained for a further season as a player under Terry Venables, later returning to Italian football with Parma as Palace cut costs amid financial troubles.