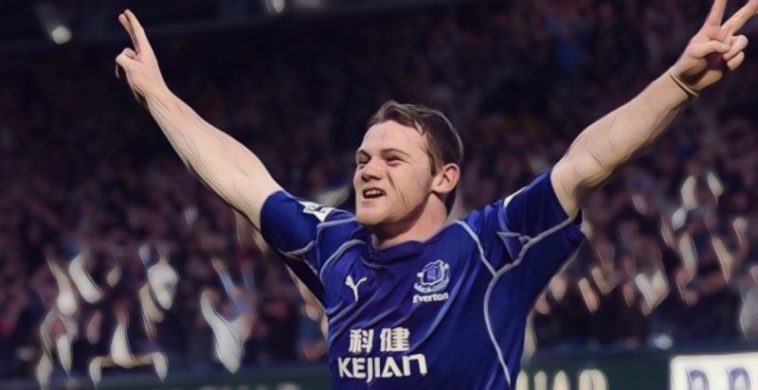 There’s nothing quite like the emergence of a talented teenage star to truly excite football fans, and throughout the history of the Premier League we have seen some precocious talents star for some of the division’s biggest sides.

Mason Greenwood is currently stealing the headlines with a number of highly impressive performances for Manchester United, scoring his fourth goal in three games in Thursday’s win over Aston Villa to take his tally to 16 for the season.

We’ve decided to look back at some of the very best starlets of the EPL era, here are five of the best teenage talents in Premier League history…

With the club’s all-time record goalscorer in Ian Rush coming towards the end of his illustrious career, Liverpool needed a new goalscoring hero and swiftly found one within their very own academy ranks.

There was much hype around Merseyside surrounding a Toxteth-born teenage talent, who would make an immediate impact at the club when handed his opportunity as an 18-year-old, scoring on his debut in a League Cup tie against Fulham before truly announcing himself with a five-goal haul in the second leg two weeks later.

Fowler would emerge as one of the most natural finishers the Premier League has seen, scoring a hat-trick on just his fifth league appearance for the club and finishing his first season as the club’s leading scorer with 18 goals in all competitions, including a then EPL record quickest ever hat-trick against Arsenal.

His second season and last as a teenager before turning 20 in April would see him plunder 25 Premier League goals, whilst he also scored deciding goals in both legs of the League Cup semi-finals as Liverpool lifted the trophy just a week shy of his 20th birthday.

Named as the PFA Young Player of the Year at the end of that season, he would retain the award the following season in his early twenties and establish himself as a Liverpool legend during two spells with the club.

West Ham have long had an impressive history of producing young talent, and the club’s academy would once again pay dividends with the emergence of several future England international’s either side of the millennium.

One of the first of that batch to make a breakthrough was Rio Ferdinand, who would quickly establish himself as a favourite at Upton Park before moving on to become one of England’s great defenders.

Ferdinand was handed his debut as 17-year-old, before swiftly becoming a fixture in the first-team and developing a burgeoning reputation. The defender would make almost 100 appearances in all competitions for West Ham before his 20th birthday, being named as the club’s Player of the Year as a 19-year-old at the end of the 1997/98 season.

He would later go on to twice break the record for the world’s most expensive defender with moves to Leeds and latterly Manchester United, winning six league titles at Old Trafford and retiring from international duty with 81 caps for England.

10 of the best quotes on Rolls Royce Rio

Liverpool would not have to wait long for their next boy-wonder to emerge from their academy ranks, with Michael Owen making an instant impact when scoring as a 17-year-old on debut against Wimbledon in the penultimate game of the season in 1997.

The following season he would become a first-team regular, scoring 18 league goals to win a host of accolades including the Premier League’s Golden Boot and Player of the Season award. Still in his teens he would then star in the World Cup with that goal for England against Argentina, before making it back-to-back Golden Boots the following season with another 18 goal haul.

Owen’s teenage years were arguably his peak years, his electric pace and ruthless finishing making him a difficult proposition for defenders many years his senior.

He would later win a Ballon d’Or in 2001 before joining Real Madrid three years later, though his latter career was decimated by injuries at Newcastle, Manchester United and Stoke City as he looked a shadow of his former self.

10 of the most ridiculously stupid Michael Owen quotes

Few players have ever caused as much excitement as the emergence of a 16-year-old prodigy wearing Everton blue.

There had long been whispers at Goodison Park of a generational talent amongst the club’s academy system, though few could have anticipated the impact Wayne Rooney would make so early in his career.

The boyhood Blue would announce himself to Premier League fans with a stunning late winner to end champions Arsenal’s 30-game unbeaten run, before becoming England’s youngest ever debutant and goalscorer.

After scoring four times at the 2004 European Championships as an 18-year-old he would become the most expensive teenager in history when moving to Manchester United, scoring a hat-trick on his debut and being crowned PFA Young Player of the Year in his first season.

In 13 seasons at Old Trafford he would win every possible major honour including five league titles and the Champions League, becoming both club and country’s all-time record goalscorer in the process and winning a host of individual accolades.

Only a handful of players have enjoyed careers as successful as Rooney’s, though there is a feeling that he never quite fulfilled his early potential.

On this day 15 years, Wayne Rooney made his Manchester United debut.

One of the brightest talents to play the sport. An absolute pleasure to have witnessed his growth from wonder boy to club legend. 🔴 pic.twitter.com/bFID2Bggsh

Arguably a ray of hope as Arsenal’s famed Invincible side began to dismantle, the Spanish midfielder was plucked from the Barcelona academy as he sought a clearer pathway to first-team football.

Fabregas would not have to wait long for his opportunity in North London, making his debut as a 16-year-old in 2003 before becoming a fixture in the first-team following captain Patrick Vieira’s departure for Juventus two years later.

Fabregas would make over 100 appearances for the club before his 20th birthday, helping the club to FA Cup success in 2005 and a Champions League final the following year, establishing himself as one of the best young talents in the Premier League with his creativity and passing range.

Named as the Golden Boy in 2006, he would become the youngest player ever to play and score for the club, later becoming club captain before enjoying trophy-laden spells with Barcelona, Chelsea and the Spanish national side.

A precocious talent following his emergence, he would go onto become of the division’s great midfielders with only Ryan Giggs have registered more than Fabregas’ 111 Premier League assists.

Fabregas, the Spanish artist who found his muse in the Premier League

Read Also: Five players with the most free-kicks in football history