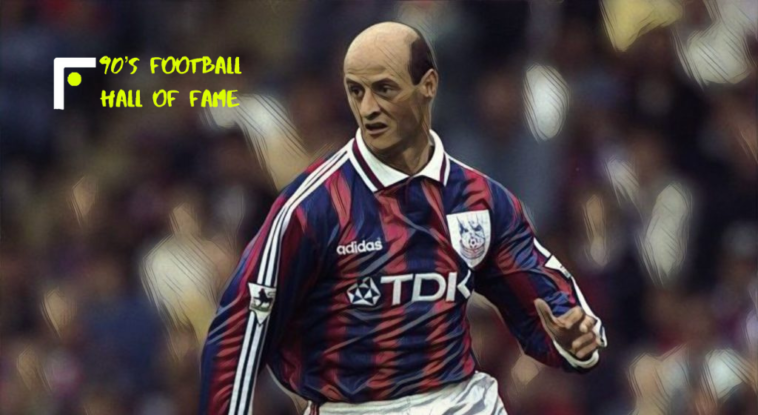 The Italian was one of a number of exotic big name signings that middling and lower Premier League teams managed to attract to English football with the promise of money, but his arrival still confounds to this day.

Lombardo was a serial winner with Sampdoria and Juventus before arriving in south London in 1997, having won multiple league titles, the Champions League and played in seven European finals. A player clearly still with much to offer at 31 years of age, he wowed the Selhurst Park faithful with his majestic skill and effortless style for a bizarre 18 month spell with the Eagles.

Football writer Ste Tudor joined host Ste McGovern and Peter Henry on the 90’s Football Hall of Fame podcast to discuss Lombardo’s fascinating career, why he made such a weird tangent in his career, and the strange circumstances behind him becoming Crystal Palace‘s caretaker manager in the middle of the season.

In January 1999 Lombardo left Palace for Lazio, where he won another Serie A title and the Coppa Italia, before going into full-time management. He has since been on the backroom staff at Manchester City and is currently one of Roberto Mancini’s assistants with the Italy senior team.

Subscribe to the podcast on: Apple / Spotify / Stitcher / Soundcloud / Google