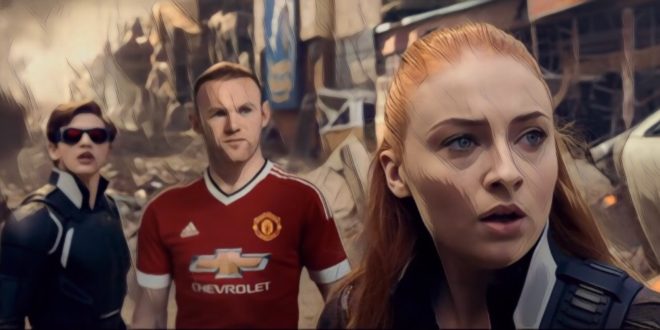 Ste McGovern 10/04/2020 Five of the Best, Opinion/Features Leave a comment

Every business out there wants to be associated with a successful football club or player to get more attention for their brand, but it doesn’t always work out so well.

In some cases, the resultant advertisements and endorsements are just downright awful. Marketing agencies should learn from these lousy examples.

Liverpool bring Paisley back from the dead

Amazing the things you can do with CGI these days, but bringing former Liverpool manager Bob Paisley back to life for this terrible advert should not have been one of them.

The legendary figure enters the first team dressing room filled with Liverpool figures from past and present, with Ian Rush handing Paisley the current jersey while everyone else is grinning like muppets. Let me get this straight: Bob bloody Paisley has miraculously returned and you give him a f*cking jersey? Deary me.

And all this just to advertise Standard Chartered, a bank that has a long history of financial crime and was fined £1.1bn for money laundering as recently as 2019.

Michael Owen in a special chopper

There is something about Liverpool that causes figures from the club to appear in terrible adverts, from their cringeworthy campaign with Nivea and Jurgen Klopp’s awful Opel ads to Michael Owen, who has done tonnes of terrible endorsements. But this one takes the cake.

The former England striker starred in a bizarre video advertising Dubai a few years ago, in which he appears in a chopper “with special powers”. He takes us to the Burj Khalifa, the famous skyscraper in the UAE city, on top of which, he informs us, is where Roger Federer and Andre Agassi played a tennis match (wow!) and where “Tiger Woods hit golf balls into the ocean” (woah!). “I’m glad they never asked me to play football on it,” he confesses.

Oscar-worthy material, this. If anything, this makes me want to stay as far away as humanly possible from Dubai.

Thirty of the most iconic photos in football history

Manchester United’s neverending catalogue of sponsorship deals is well known at this stage, but the club’s deal with 20th Century Fox led to some of the worst adverts in the history of football. Their X-Men Apocalypse ad had precisely zero redeemable qualities, featuring some godawful scripting, jarring CGI and dreadful acting.

Wayne Rooney was plopped right in the middle of this Marvel film trailer to give it some added publicity, but I severely doubt it got even one extra person into the movie theatre.

I can’t decide, however, if it’s worse than their Independence Day: Resurgence effort.

The greatest one club men in European football history

“YOU SWEAT” warns Manchester City star Niall Quinn, as a hapless footballer takes the most obviously deliberate bad touch of all time. He shows off a can of Lucozade Sport – you know, “the one that’s isotonic!” – for a close-up that is far too close to the camera.

The lanky forward then guzzles down the orange stuff, which for some reason causes blue static to flow down his chest, before scoring what looks like a decent goal actually.

Quinner has tried to sell a few products on the television over the years and has never sounded particularly convincing. Nowadays he’s trying to sell a new vision for Irish football as the FAI’s interim deputy CEO.

Five of the Republic of Ireland’s greatest ever victories

We’ve saved the worst for last, but this writer can’t be sure whether the appropriate words can be found to describe this monstrosity. It really just has to be seen to be believed.

Read: Eight of the best football ads – Beckham, Olé and the Secret Tournament