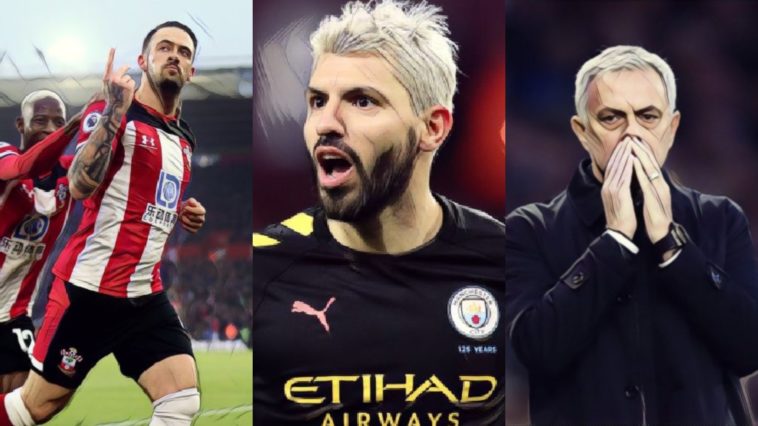 It was only 11 weeks ago that Southampton‘s season seemed destined for failure when they lost 9-0 to Leicester City at home. They have managed to completely turn around their form since then, winning six of their last 13 league matches, culminating in a cathartic victory over the Foxes on Saturday.

Manager Ralph Hasenhuttl said it wasn’t about vengeance, but it must have felt pretty sweet to get one over on the East Midlands outfit after that humiliation.

There were obviously several tremendous performers for Manchester City on Sunday as they tore apart Aston Villa, but the challenge in front of them was so meek and tame that it takes away from it somewhat.

That’s why this week’s award belongs to Danny Ings, who put in yet another stellar performance up front for Southampton. The Englishman’s 12 shots and five attempts on target against Leicester were the most of any player across the weekend’s action, and he easily could have had more than one goal with two shots hitting the woodwork.

Ings has now scored ten goals in his last ten starts, increasing his overall tally to 14. That means 40% of his total Premier League goals (35) have come this season.

Sergio Aguero didn’t just break Thierry Henry’s record as the top goal scoring overseas player of the Premier League era, he smashed it with a hat-trick. And he did it in some style too, with his first goal of the night being a corker.

No player has ever found the net at a faster rate than he has, with the Argentine finding the net every 106 minutes in the English top flight.

No one can take out an entire defence like Kevin De Bruyne can.

Premier League team of the week for GW22

Martin Dubravka pulled off a magnificent save from a close range Raul Jimenez header in the second-half of Newcastle United‘s 1-1 draw with Wolves at the weekend, ensuring the Magpies came away with a precious point in their fight for survival.

Five things we learned from GW22 of the Premier League

Tottenham Hotspur were complete garbage in the first-half of their 1-0 defeat to Liverpool, but they were much improved after the interval and could have even snatched a draw in the end.

Their best chance came late on when Serge Aurier sent in an inch-perfect cross to the back post, meaning Giovani Lo Celso just had to get it on target and it would’ve been a goal. The Argentine somehow sent it back across the face of the goalmouth and out wide.

Jose Mourinho had to fall to his knees after that late Lo Celso miss 😱 pic.twitter.com/e4ulh0MuNS

He was a fairytale hero last month when he kept a clean sheet on his debut against Chelsea, but West Ham United goalkeeper David Martin was the villain of the piece on Friday night when he gifted Sheffield United the winning goal with a stray pass.

Elsewhere, Arsenal fans were livid with the VAR’s decision to upgrade the punishment from a yellow card to red, but Pierre-Emerick Aubameyang’s challenge on Crystal Palace‘s Max Meyer was atrocious and deserving of a sending off.

Pierre-Emerick Aubameyang is sent off!

He was originally shown a yellow card for his challenge on Max Meyer, but had it raised to a red after a VAR check! pic.twitter.com/1eV91CF32Y

It was the first time the Gabonese international had been given his marching orders in his career.

Breaking two of the Premier League’s biggest goal scoring records in the one fixture? It can only be Sergio Aguero.

✅ Top overseas #PL goalscorer
✅ Most hat-tricks in the #PL#AVLMCI pic.twitter.com/FR2APeHefq

It’s true what they say: a leopard can’t change its spots. Despite Jose Mourinho‘s previous assertions that he’s a changed man and is bringing fresh ideas to Spurs, the first-half against Liverpool on Saturday evening was evidence that he has no intention of moving away from his favoured defensive tactics.

There is nothing wrong, per se, with overly defensive tactics and the Portuguese has used them to great effect in the past. In fact, the last time he faced a Liverpool side on a title charge, he stopped them dead in his tracks by parking the proverbial bus. Yes, the Lilywhites improved vastly after the break and were clearly better than the visitors, but that opening half alone was so bereft of ideas and creativity that it should send shivers down the spines of their supporters. This is what they can expect to see for the next few years.