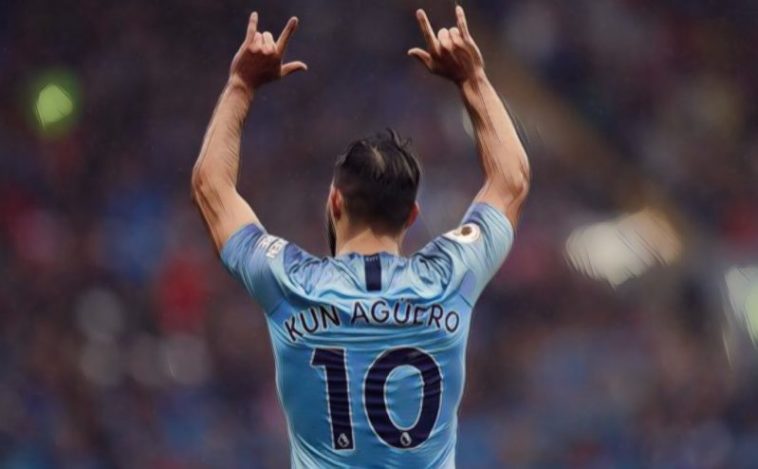 Aguero puts his name in the record books – again

Following his hat-trick against Aston Villa on Sunday evening, Sergio Aguero has overtaken Thierry Henry as the top overseas goalscorer in the history of the Premier League. It’s been a long time coming for one of the greatest players to have ever graced these shores.

The Argentine sharpshooter wasn’t satisfied with breaking one record, though, as he also moved ahead of Alan Shearer in the list of most hat-tricks with the twelfth of his Premier League career. He is now also joint fourth in the all-time goalscorers list with Chelsea legend Frank Lampard on 177, and he is only ten off former Newcastle, Man United and Fulham striker Andrew Cole.

Imagine how many the Manchester City marksman would have scored had he come to England earlier than the age of 23?

The top scoring foreign footballers of the Premier League era

Liverpool too good for everyone else

For years the Premier League’s biggest selling point was its competitive nature, that unlike other major European leagues you would never get runaway leaders. Between 2010 and 2018 no team retained the title until Man City started blowing everybody away with their intense Pep Guardiola brand of  football.

Just over a year ago I wrote about the increasing stratification between those at the very top of the pyramid and those further down the chain (and that was just limited to the Premier League, never mind the clubs struggling in the lower divisions). 12 and a half months on and that inequality is coming to fruition, illustrated by Liverpool‘s complete and utter dominance this season.

They only scraped by Tottenham Hotspur in the end, after Jose Mourinho’s side created a number of scorable chances in the second half, but they remain unbeaten nonetheless and won’t give a flying fiddler’s how it was done. But the bigger picture here is how very few teams seem capable of competing with them.

That latest victory means the Reds are the first team in Europe’s top five leagues to win 20 of their opening 21 league matches. It seems a bit silly to refer to it as a ‘start’ so deep into the campaign, but we are truly looking at the greatest start to a season, probably ever.

Liverpool have now scored in 30 straight matches, which is the best Premier League run since November 2008. The hits keep coming.

Manchester United convincingly beat Norwich City 4-0 at the weekend, the first time they have scored four or more goals in consecutive home league games since September 2017.

Marcus Rashford was once again at the forefront of the team’s attack, scoring a brace on his 200th appearance for the Red Devils. Only Ryan Giggs and George Best reached that milestone at a younger age for the club, while Bobby Charlton didn’t even reach that number until he was 24 years of age.

The 22-year-old, whose 19 goals are the most he has scored in a single campaign in his career, has developed very nicely since coming onto the scene in 2016: he’s made 137 starts, scored 64 goals and provided 26 assists. For comparison, after 200 senior appearances Thierry Henry had 50 goals and 11 assists, while Cristiano Ronaldo had 47 goals and 41 assists.

Marcus Rashford is the top U23 scorer in Europe’s top five leagues this season:

Mason Greenwood is the next great youth prospect for United, having scored four goals this season, the most of any teenager in the Premier League. The 18-year-old, who has found the net every 104 minutes in the league this season, scored against Norwich just five minutes after coming on as a sub, striking past Tim Krul from 20 yards out.

United’s front of Rashford, Daniel James and Anthony Martial have scored 25 league goals between them, which compares quite well with the 27 goal haul of Liverpool’s elite attacking trio. It’s particularly impressive when you consider how much the team has struggled creatively this season.

For his own good, injury ravaged Harry Kane needs to be sidelined until next season

Ings makes his case to Southgate

Leicester City had the opportunity to equal the record for most goals scored against a club in a single season (12), after they beat Southampton 9-0 back in October. Instead they were turned over by the Saints in their own stadium, losing 2-1 in fairly meek fashion.

Danny Ings was, unsurprisingly, the difference maker yet again, scoring the winner with ten minutes left on the clock. The English striker took nine shots on Saturday, the most of any player across the weekend, with five on target and two hitting the woodwork. Leicester, on the other hand, had five shots in total, with Jamie Vardy taking none whatsoever.

Ings has scored ten goals in his last ten starts, increasing his overall tally to 14. That means 40% of his total Premier League goals (35) have come this season. Is an England call-up out of the question?

Since arriving at Watford in December, new manager Nigel Pearson has seen his side win four, draw two and lose one of his seven league games in charge – and the only defeat in that run came to Liverpool. For a team that didn’t win a match until November, it’s been a remarkable turnaround for the Hornets.

One of the major changes Pearson has made to Watford is in defence; before taking over, they had been conceding at a rate of two goals per game, allowing 30 goals in 15 games, whereas since coming in they have been breached just four times, keeping the same number of clean sheets.

They have also improved in attack, scoring 11 goals under Pearson at a rate of 1.57 goals per game, which is in stark contrast to the pitiful nine goals they scored in the opening 15 fixtures. New signing Ismaila Sarr has finally come good, nabbing a goal and two assists in his last three appearances.

Gerard Deulofeu has been their most prolific player this season, providing four goals and three assists, but Abdoulaye Doucoure has been an absolute workhorse in midfield for the Hertfordshire outfit.

With 22 points from 22 matches, Watford are now out of the relegation zone for the first time this season, a situation that would have seemed unimaginable just a month ago.

Read: The most impressive young newcomers in the Premier League this season