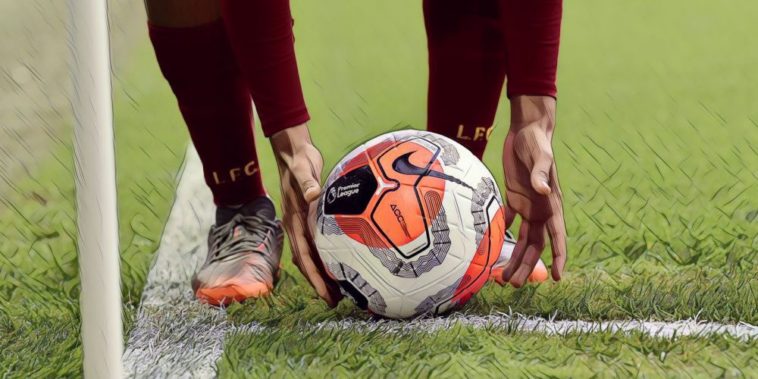 The Premier League is finally back after stopping back in March due to the Covid-19 outbreak, meaning we will have English football back on our television screens at long last.

All 92 matches will be broadcast live, with some free-to-air, which means we will have more football than ever to watch in the space of just over five weeks.

One might argue that it’s too much football for any one person, but it’s a champagne problem and one we’re only too happy to have. With so much football to choose from, we’re here to help with a focus on the best and most important matches for you to stick in your calendars.

What are the kick-off times, dates and TV channels for the Premier League’s must-watch games?

The last time these two sides met it was an extremely one-sided affair, as Kevin De Bruyne put on a masterclass to guide Manchester City to a 3-0 victory.

Since then, Mikel Arteta took over Arsenal and has turned them into a far more solid team while playing the type of football one would expect from a coach who has been working under Pep Guardiola for several years.

Alongside Aston Villa vs Sheffield United, this will be the first game back on television after months away, so everyone’s eyes will be glued to the screen to see what happens. Hopefully the Gunners make it a more even contest this time around.

The break came at possibly the worst time for Manchester United, who were unbeaten in their last five league games, a run that included huge wins over both Man City and Chelsea, while they were also cruising in the Europa League. The wave of momentum that led them to their best of run in a very topsy turvy campaign crashed when the coronavirus pandemic stopped the season in its tracks.

Contrastingly, Tottenham Hotspur were in freefall, having not won in their last three league games and suffering a battering at the hands of RB Leipzig in the Champions League. Whether the break in the campaign was good for them or not remains to be seen, although Hugo Lloris recently admitted the team are not in good shape.

For United this is an opportunity to put the heat on fourth-placed Chelsea, who are just three points ahead. For Spurs this likely spells their last chance to make a run for the top four. Anything but a win here and the North London outfit can kiss goodbye to the competition they nearly won last year.

This tie, which United won last time out thanks to a Marcus Rashford brace, may not be the most entertaining given the tactical approaches of both Jose Mourinho and Ole Gunnar Solskjaer, but there is a lot riding on it and it will be tense.

The Merseyside Derby is always a big event, but this one could mean more than most: Liverpool could win the title at Goodison Park. That is, if City drop points against Arsenal and Liverpool beat Everton.

The Toffees will no doubt do everything in their power to stop that from happening, although with no wins over their local rivals in ten years it is hard to see them slowing down the Reds’ march to the title.

Just four days into the restart Liverpool could have the title wrapped up. Talk about efficiency.

The last time these two met we bore witness to one of the most entertaining games of the whole season. The match at Bramall Lane went back and forth until it finished 3-3, with neither side deserving to lose on the night.

The remarkable thing about the game is that it was between two of the better defences in the league, yet it turned into a six-goal thriller. We should probably refrain from expecting the same again, but it guarantees to be an enticing tie nonetheless.

Provided Sheffield United beat Aston Villa this week, then the Blades will be a point ahead of the Red Devils and just two off Chelsea after 29 games played. As crazy as this would have sounded at the beginning of the season, this fixture is a genuinely massive match in the top four race.

Whoever wins will be anointed as Chelsea’s closest contenders, but it should also be remembered how important it is to finish fifth; if City’s European ban is upheld, then the club in that position will enter next year’s Champions League. Can you imagine the anthem being blared around Bramall Lane?

Assessing each team’s run-in for the Champions League places

Man City’s title hopes may be long dead, but Chelsea are, despite their good form in the early part of the season, in a battle to hold onto fourth.

We all know what to expect from a Pep Guardiola side and how good they can be, while Chelsea have been a very fun team to watch at times, even if that means they’re a bit weak at the back.

City toyed with the South West London outfit the last time they played, allowing their opponents the majority of possession while controlling the match expertly.

But the full-on, high-pressing nature of Frank Lampard’s tactics means they won’t go into this game sitting back and hoping for the best. They will take the game to City and it will be fascinating to see the end result.

How will RB Leipzig’s Timo Werner fit in tactically at Chelsea?

We’ve already covered much of the ground for why this is an important fixture, but this could be make or break for Spurs’ season. A defeat here and they will almost certainly be settling for Europa League football next season, if even.

It will also be fascinating to see Chris Wilder, arguably the most impressive manager of the year, going up against one of the most successful of all time in Jose Mourinho. Will the Portuguese tactician have an answer for the Englishman’s overlapping centre-backs?

We’re also looking forward to the brand new kick-off slot of 6pm on a Thursday evening, which has never been done before.

90’s Football Hall of Fame: The one and only ‘Psycho’ Stuart Pearce

On the day the fixture list was published, this fixture was expected to play a major part in the destination of the title. Rather it is a mere roadstop on Liverpool’s procession to the crown.

Depending on results, the Reds could win the league at the Etihad, which would be a very sweet accomplishment indeed, but for City this is all about pride. Having relinquished their champion status in an embarrassing manner, they will be desperate to show everyone that they are still a force to be reckoned with.

In any case we will get to see the two best teams in England, and probably Europe, duke it out next month.

The least glamorous match of the lot, this would have been a largely ignored Championship match at one point in the past decade. But this should be one of the more genuinely compelling ties of the next month.

Both Norwich City and Brighton have entertained viewers this season with their proactive, possession-based styles of play, with respective managers Daniel Farke and Graham Potter choosing a more attractive approach than we are used to with teams in the lower half of the table.

Despite impressing many with their type of football, however, Brighton are hovering just two points above the relegation zone, while Norwich are at the foot of the table, six points from safety. The Canaries’ chances are not looking great, but a win here would drag the Seagulls right down with them and could reignite their own hopes of survival.

Read: What made the glamorous David Ginola so entertaining to watch

See Also: Five of the best comedy football sketches ever