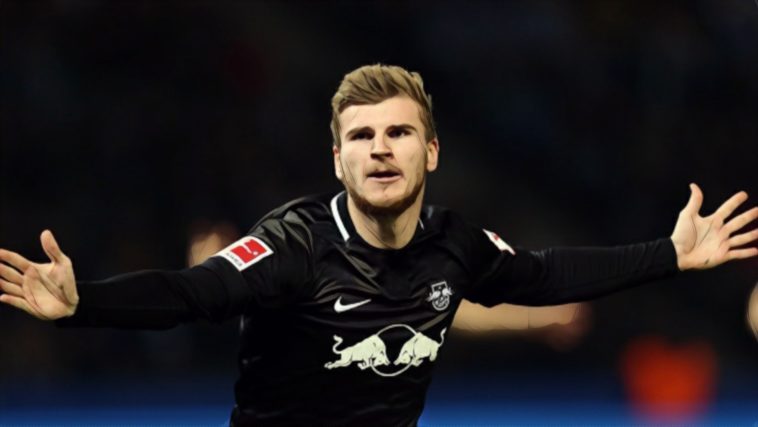 It will go down as one of the biggest transfers that didn’t happen.

For months and months Timo Werner was supposedly destined for Anfield. Liverpool likes him, Jurgen Klopp likes him and, most importantly of all, he likes them back.

There had been back-and-forth correspondences between the two parties for a long while, with Klopp reportedly messaging the player over Whatsapp about how he would fit into the team. Fans were virtually ready to print his face on t-shirts, scarves and flags, and sing his name on the Kop with aplomb. This was the move that was going to consolidate their place at the top of the English game.

But it didn’t happen. Chelsea swooped in and stole him from them. Well, almost. The deal is yet to be finalised, but we know for sure that Liverpool are out of the picture.

It’s a huge blow for the Reds, particularly their fans who were fully expecting to witness a striker who is not only already Champions League quality, but could be as good as Robert Lewandowski. Indeed, only the Pole has scored more (30) in the Bundesliga than the German’s 25 goals, while Ciro Immobile (27) is the only other striker in Europe’s big five leagues to score more league goals.

That means Werner has found the net more often than Lionel Messi, Cristiano Ronaldo, Kylian Mbappé and Sergio Aguero, the most fearsome goal scorers in all of world football. In one game against Mainz earlier this season, he grabbed two hat-tricks – three goals and three assists – as Leipzig romped to an 8-0 victory. And he’s only 24.

There can be little argument that Chelsea are getting a superb talent that could rip up the Premier League, while Liverpool have missed out big time. And yet, this writer would implore Liverpool supporters to cease from smashing that big red panic button, stop tweeting #FSGout, and remain calm.

Judging by the club’s recent transfer history, Fenway Sports Group should probably be given the benefit of the doubt. For the first 20 years of Liverpool’s time in the Premier League, and even the first five years of FSG’s ownership, their transfer business was very hit and miss, with emphasis on the miss.

Over the past decade Liverpool have built one of the best teams of recruitment staff in the sport, making their pursuit of Werner in itself a seal of approval of the player’s ability. Their signing of players such as Mo Salah, Sadio Mané and Virgil van Dijk – all of whom were overlooked by the biggest clubs before joining Liverpool – alongside an impressive squad-building job in recent years have turned them into European winners and league champions-elect.

If faith should be placed in anyone, it should be in those running the club. But it should be stressed that this was a purely financial decision, not one based on footballing ability. If Covid-19 had never happened, Werner would likely be a Liverpool player right now. This writer was sceptical that they would splash out on the striker without selling one of their famed front three, but the pandemic made it impossible.

Even the biggest clubs are being affected by the coronavirus outbreak, with the lack of paying crowds and the increasing likelihood that TV money will be lost going to hit balance sheets hard this year and possibly into the future. FSG are not the Glazers and don’t syphon profits out of the club, but they run their sports teams like businesses and prefer them to be self-sustaining.

In this context the sudden, unforeseen decrease in revenue meant a move for Werner was off the table. A transfer fee of £54m (€60m) on top of wages totalling circa £9m per year over five years would have cost the club a whopping £100m. With Liverpool’s wage bill already at £310m, it’s easy to see why they are not planning on any big money signings this summer.

There is also the optics to consider. Liverpool’s PR disaster over furloughing non-playing staff before changing their minds is still fresh in the memory, while they also have been in discussions with players over wage deferrals. Making a mega transfer in the midst of this would have been a bad look, something Klopp himself recognised in a recent interview with Sky Sports.

“At the moment, all clubs are losing money. Without spectators, we have to pay back the season tickets and probably sell none next year,” the German coach said.

“At least maybe without the first 10 or 15 games. The VIP areas won’t be packed and the tickets won’t be sold. This will have an impact on other partners and things will look a bit different.

“Discussing with the players about things like salary waivers and on the other hand buying a player for £50-60m, we have to explain.”

The worry for Liverpool in relation to this whole situation should come in the form of Chelsea, who are building a side to challenge for major honours in the present. The South West London outfit have clearly identified now as the time to strike; the circumstances and the timing are perfect for them.

They possess the means to compete in the transfer market while other clubs are counting their pennies, Man City’s Champions League ban could see their impressive squad dismantled, while Arsenal, Man United and Spurs are all trying desperately to keep up the pace with the top four.

A vacuum could open up and, with the backing of billionaire Roman Abramovich, they want to be the ones to fill it. That process began with the signing of Ajax’s Hakim Ziyech, and continued with the pursuit of Werner. They’ve won that first mental battle over Liverpool in the market, now they just have to do it on the pitch.

Liverpool fans are understandably disappointed by missing out on such a talented prospect, but should not lose their heads over this. They have acquired superstars before and will do so again. After Torres there was Suarez. After Suarez there was Salah. And after Salah there will be someone else. It just won’t be Timo.

Read: Every Irish footballer to have played in Serie A