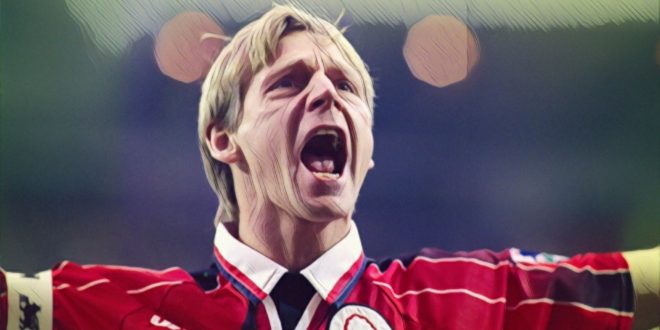 90’s Football Hall of Fame: The one and only ‘Psycho’ Stuart Pearce

The latest inductee into the 90’s Football Hall of Fame is Nottingham Forest icon Stuart Pearce.

The combative full-back rose from the depths of non-league football to make it as a professional at the highest level, turning out for Forest for over a decade, experiencing the highs of League Cup success and the low of being relegated in Brian Clough’s final season. He subsequently went on to play for Newcastle United, West Ham United and Man City.

Pearce also had an exceptional career for England, winning 78 caps over 12 years, nailing down the left-back position as his own. He famously missed his spot kick in the penalty shootout against West Germany in the 1990 World Cup semi-finals, but redeemed himself with successful penalties against Spain and Germany at Euro 96.

In the latest instalment of the 90’s Football Hall of Fame podcast, Ste McGovern is joined by Peter and Ant to discuss his no-nonsense style of play, his penchant for scoring thunderous free-kicks, and the greatest substitution he ever made as Manchester City manager.