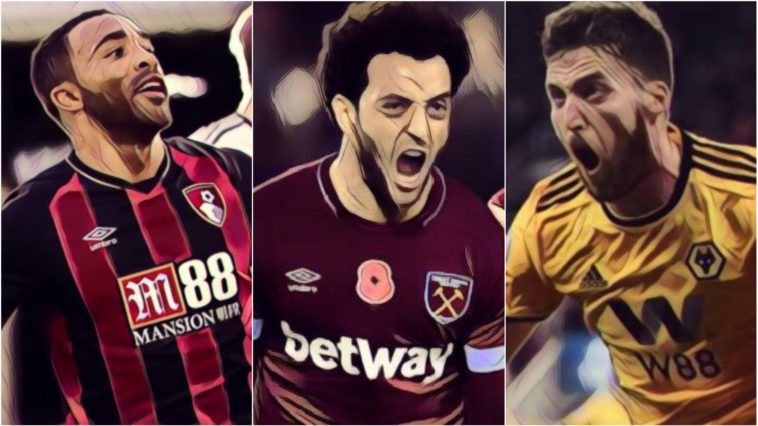 In the battle against elitism, we’ve made our picks for the best of the rest.

The PFA Team of the Year was revealed this week and, as is tradition, hordes of football fans argued over who was truly deserving of a place in the final line-up, as decided by the footballers themselves. Why was Paul Pogba included and not Christian Eriksen? Why Sadio Mane but not Mo Salah? Where was Eden Hazard?

It once more demonstrated the folly of awards season. It’s a subjective matter, one that no one should take too seriously. Perhaps our only gripe is that the team was dominated by Manchester City and Liverpool players, with Manchester United’s French midfielder the sole outsider to make the XI.

That’s understandable; both sides are performing ridiculously well in a historically competitive title race, so this was always going to happen. But we want to recognise all of the players outside of those two clubs, not just the 1%. Well, 10% really.

Just as we did a few months back, we’ve created a Team of the Year featuring solely players based at clubs outside of the top six hegemony. Would this starting XI beat the PFA selection? Probably not, but they’d make a bloody good team all the same.

Disclaimer: All statistics used in this article are relating to players in clubs outside of the top six, unless otherwise stated, who have played 25 games or more in the league in 2018/19. There are only 14 teams as far as this article is concerned, we deleted the top six altogether as if we were Thanos.

A great deal of the credit for Newcastle United’s turnaround in the second half of the season has gone to Miguel Almiron and the stellar work he has done in midfield since joining in January, but their performances have been built on a solid defence.

Dubravka has kept 10 clean sheets, bettered only by Jordan Pickford’s 12, while his 44 goals conceded is second only to Rui Patricio’s 43, who has played a game less. He also possesses the widest gap between his Expected Goals Against (xGA) and his actual goals conceded, allowing 44 goals with an xGA of 57.9, meaning he has conceded 13.9 goals less than might have been expected. To put it in context, that’s better than David De Gea’s numbers from his legendary form last season.

The Slovak stole a march on previous incumbent Fabianski, who is the unfortunate victim of West Ham United’s spike in defensive lethargy ever since they reached the 40 point mark. The Pole has conceded 54 goals, the second most behind Cardiff’s Neil Etheridge (65).

More than anyone, Matt Doherty can consider himself desperately unlucky not to have been named in the PFA Team of the Year. His performances for Wolves have been outstanding and arguably better than that of Trent Alexander-Arnold, who has played nine less games this season.

The Irishman has provided four goals and four assists, outperforming not just his international teammate Seamus Coleman, but every other right-back as well.

The Newcastle United centre-back has been at the heart of a typically stingy Rafael Benitez defence, with the team conceding just 33 goals while he has been on the pitch, keeping nine clean sheets this season.

Lascelles replaces Brighton’s Shane Duffy, who has done an admirable job at the seaside outfit, but their alarming drop in form sees him make way. Conor Coady and Michael Keane somewhat unlucky not to get the shout either.

It’s been a weird year for Leicester City in more ways than one, but the hiring of Brendan Rodgers has at least focused matters on the field with the Foxes having a strong finish to the campaign.

Harry Maguire has been one of the main figures at the heart of their good performances this season, and not just in the defensive phase of play. No other centre-back has made more passes inside or into the final third than the England international, and he’s also scored three goals. Curiously, for someone labelled Slabhead by his teammates, only one of them has come as a result of a header.

Sol Bamba has been one of Cardiff’s top players this season, but 52 of the 69 goals the side has conceded have come when he is on the pitch.

The Crystal Palace full-back has continued his outstanding first campaign at the London club since nailing down the position as his own at the tail end of last season. The Croydon-born defender is a menace going forward, but without sacrificing defensive solidity, which is a rare quality indeed.

The breakout star of the year, it could have been oh so different for Wan Bissaka had he been granted the loan move he craved last year. The margins between failure and becoming a £40m rated sensation can be so fine.

This position ended up being a close call between himself and Lucas Digne, but the Palace player was more consistent right through the season.

See Also: Six youngsters who made the breakthrough this season

The Brazilian is one of those players who is just bloody good at everything. Although his production has slowed down since we last drafted one of these teams — he’s added a goal and two assists to bring his goal involvements up to 13 — that can be attributed to West Ham switching off once their league status was secured. The attacking midfielder would easily settle into just about any of the top six teams.

It’s a shame Bournemouth’s form has been so dramatically topsy turvy this season, because when they are in the mood they are great to watch. Ryan Fraser is perhaps the best in that squad to see when he is in full flow, providing ten assists and seven goals. No one comes close to his 13.1 Expected Assists (xA), while his 75 attempted assists are only bettered only by the next man in this line-up.

Gylfi Sigurdsson may have 13 goals, but James Maddison is far more influential a player for Leicester than the Icelander is for Everton.

The former Norwich City midfielder rarely puts a pass wrong in the final third, pulling the strings in the Foxes’ attack while adding five goals and seven assists of his own. He has made a frankly ridiculous total of 95 attempted assists and can also score a damn fine free kick.

If he can improve his end product he will be an absolutely lethal player in the future.

Despite missing nine games through injury this season, Callum Wilson has scored 12 goals this season. The Bournemouth talisman has the best minutes-per-goal ratio of any striker, finding the net once every two games. His goal conversion rate of 22.2% is bettered only by Brighton’s Glenn Murray (23.3%), he has the most big chances (26), and third best xG (13.9).

Outside the top six no one has scored more than Jamie Vardy. The ex-England striker is on 18 goals, more than both Harry Kane and Raheem Sterling, who is being widely tipped to win this year’s FWA Player of the Year award.

It pains me to take Mitro out of this team, but he’s left too many chances abegging. The Serb gets off an outrageous amount of shots considering how isolated he has been at times, but his conversion rate of 9% is very poor compared to the other high-scoring forwards in the league.

The Wolves striker took a little while to get into the swing of things this season, but he just about squeezes in ahead of Ashley Barnes thanks to his goalscoring exploits of late. The Mexican’s tally of 13 goals is one more than what Roberto Firmino, Romelu Lukaku and Son Heung-min have scored, contributing massively to a fantastic first season in the Premier League for Wanderers.

Adding an extra striker meant someone had to lose out in midfield, and unfortunately it was Everton’s dynamo at the base of midfield. The Senegalese has been exceptional as ever, it must be noted, but he just misses out nonetheless.