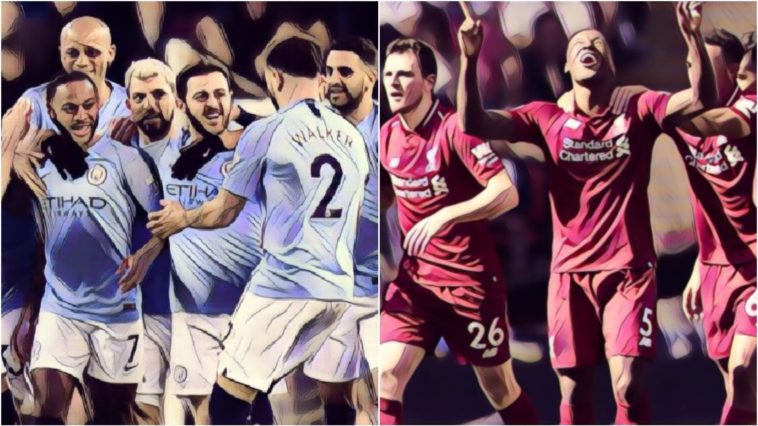 The Professional Footballers Association have revealed their annual Team of the Year, and unsurprisingly, it heavily features players from Man City and Liverpool.

The two North West sides have been slugging it out like a pair of heavyweight boxers at the top of the Premier League in one of the most fascinating and relentless title races in recent years.

Man City regained their advantage at the top of the pile last night with a comfortable 2-0 win over Manchester United at Old Trafford, and with just three games to play, few would bet against Pep Guardiola’s side becoming the first side to retain the title in a decade.

As usual with these Team of the Year compilations, there are one or two high profile exclusions, such as Eden Hazard, Mohamed Salah, and Pierre-Emerick Aubameyang while a number of eyebrows have already been raised at the inclusion of Paul Pogba, especially considering his inconsistent form throughout the season.

However, without further ado, we present to you the PFA Team of the Year for 2018/19.

The PFA Premier League Team of the Year!#PFAawards | #TOTY pic.twitter.com/YBWOhoJsQI