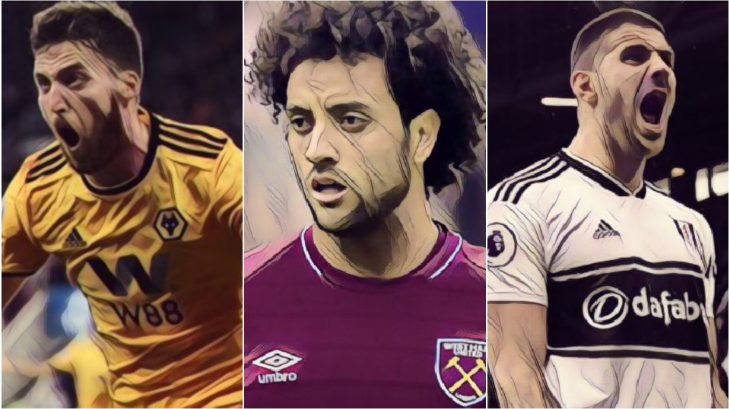 Which players outside of the Top Six in the Premier League deserve recognition for their performance this season?

Much of the coverage of the top flight focuses on the so-called elite, the clubs at the very top of the olive branch, the likes of Manchester City, Liverpool, Spurs, et al, who look set to dominate English football for years to come.

While the Top Six have solidified themselves as the best in the top flight, we decided to recognise the best of the rest and create an XI of players from the seventh place down.

The West Ham United goalkeeper has been exceptional this season, making 86 saves, more than other goalkeeper in the Premier League, while keeping four clean sheets. The Pole has done this without a particularly strong defence in front of him.

The Crystal Palace youngster has had an outstanding first campaign as the club’s starting full-back, nailing down the position at the tail end of last season.

The Croydon-born defender is a menace going forward, but without the drawback of being a defensive liability; he has made an incredible 129 ball recoveries and 89 tackles this season, helping his side keep eight clean sheets. No wonder a host of the top teams are looking to secure his services.

Three goals and four assists is impressive for any full-back after 23 games of a season, but it doesn’t quite tell the full story of how impactful the Irishman has been. Without a doubt Doherty has been Wolves’ best player this season.

The Derry-born giant has been a rock at the centre of Brighton’s defence along with Lewis Dunk, and the Seagulls have sorely missed them when they’ve been out of action. As well as helping the side keep four clean sheets, The Irish international is the club’s second-highest goalscorer with four.

Cardiff City were widely tipped to finish dead last in the table, but have been able to stay adrift up until now thanks to some steely defending at times. Bamba has been just one Bluebirds player to perform better than expected this season.

There was every chance that West Ham would be getting a quality player if Anderson were to stay fit, a problem he has had in previous years. That’s exactly what has come to transpire, the Brazilian contributing eight goals and two assists, with 309 successful passes in the final third, the most of any midfielder outside the top six.

Bournemouth’s form has fallen flat in recent months, but Ryan Fraser’s performances this season have been excellent nonetheless. The Scot has made 56 attempted assists this campaign, more than any midfielder outside of a top six team. The return to form of Callum Wilson should see Fraser turn those attempts into real assists again.

Although Everton have been hit-and-miss at times this season, Gueye has been thoroughly consistent throughout, making vital turnovers in midfield to set up attacks. Without the Senegalese international, the Toffees would be lost.

The last midfield spot was a very close contest, with James Maddison very unlucky to miss out to the Icelandic playmaker. Maddison has adapted amazingly well to the Premier League, providing five goals and three assists. Some of his underlying stats are more impressive too, with more attempted assists, dribbles and final third passes than his Everton counterpart.

Sigurdsson however, has been more productive with nine goals and three assists, and had he a more a lethal goalscorer in front of him this season, he would be laying off more key passes in the box. Maddison could very easily claim this spot when we return to make the final selection in May though.

Despite looking isolated for long stretches of matches on one of the worst teams in the league, Mitro has scored eight goals this term. His performance at the tip of a poorly functioning attack is all the more impressive when you consider he has taken 58 shots inside the box and had 30 on target, by far the most of any non-top six striker.

A rare case of a forward scoring exactly as many goals as his Expected Goals (xG) score, the Bournemouth talisman has found the net ten times this season. Despite missing a decent chunk of recent games, Wilson still has the best xG, highest number of big chances (18), and second-best goal conversion rate (23%) among strikers outside the top six clubs. Little wonder the Cherries have put a £75m price tag on his head.