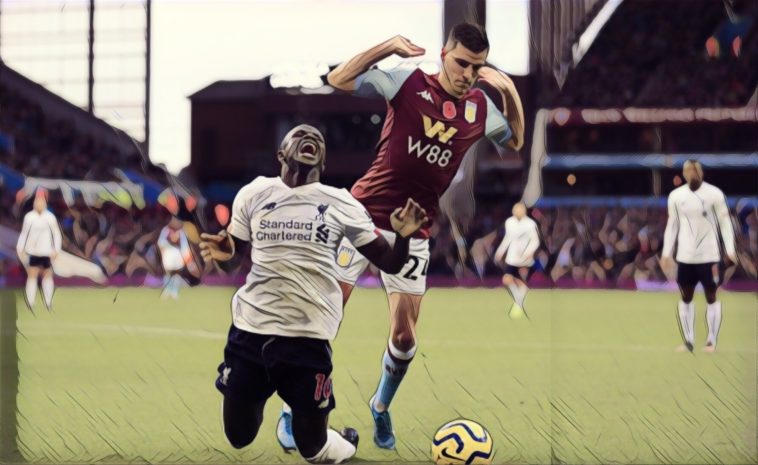 The most recent debate over diving reminded us of some of its worst proponents in the Premier League era.

There was a bit of a stir created by Pep Guardiola this week when, after both Manchester City and Liverpool had completed dramatic late comebacks against Southampton and Aston Villa respectively, he suggested that Sadio Mane had won vital points for the league leaders through diving.

“Sometimes it is diving, sometimes it is this talent to score incredible goals in the last minute,” the Catalan said of their ability to snatch victory from the jaws of defeat, although he never directly referenced the Senegalese.

A verbal catfight ensued, in which Jurgen Klopp highlighted City’s propensity for cynical fouling to stop opposition attacks, before Guardiola tried to set the record straight by saying that he wasn’t trying to insinuate Mane was a diver.

It would be churlish to argue that Liverpool and Mane are the only ones in the Premier League trying to con referees by going down suspiciously easily under a challenge, because it’s become regrettably common in the modern game.

From a player’s perspective though, sometimes you have to make the decision for the referee and make the most of it, otherwise you won’t get the foul called. Some are worse than others however, to an almost embarrassing degree.

Five of the biggest divers in Premier League history:

It happens often enough that it’s fair game to label Dele Alli a serial diver rather than someone who just takes a tumble every now and again, as most players do nowadays.

That was such a spectacular dive by Dele Alli. He got more air on that than most skaters do going up ramps.

The Tottenham Hotspur midfielder has made such a habit of it that his own manager has called him out on it in the past – not that it’s stopped him.

“He needs to learn,” Mauricio Pochettino warned the midfielder after a particularly dramatic dive against Huddersfield in 2017. “This type of action doesn’t help him, doesn’t help the team and doesn’t help football. We have talked in the last few years about fair play and being honest.”

Because it seems to have been taken down AGAIN… heres Dele Alli’s shameful dive earlier on! I know it wasn’t given, but surely he’s got to be punished for persistent diving? It’s every game now! pic.twitter.com/051pVOYAi9

You would think that great footballers would have less reason to dive – they have more than enough ability to create goal scoring opportunities for themselves, why bother cheating?

Luis Suarez is the greatest example of this. Few players have been so talented and yet so willing to cheat their way to victory simultaneously (Diego Maradona, maybe?). His finest moment came after scoring a legitimate goal for Liverpool in the Merseyside Derby, after which he raced to the sideline and flopped like a fish in front of the Everton bench in response to then Toffees boss David Moyes’ complaints about his fondness for a dive.

The Uruguayan has almost elevated diving to an artform, as illustrated by the one he took during Barcelona’s 5-1 win over Lyon in the Champions League knockout stages last season. He simultaneously fouls the defender and wins the penalty at the same time, thereby taking shithousery to a new plane.

Another player warned by his own manager about diving, Ashley Young’s reputation certainly precedes him when it comes to the act of leaping. So much so that he’s probably lost the benefit of the doubt from referees when it comes to actual fouls.

We could pick out numerous examples of the Manchester United winger going down too easily, but this clip is the best instructional guide from a veteran you can possibly find. Young cleverly knocks the ball away so there’s no possibility of the challenger cleanly winning the ball, before initiating contact by sticking his leg out, then finally falls over.

The former Aston Villa man doesn’t dive as much as he used to, but that’s likely has more to do with the fact that he doesn’t have the legs to take on defenders anymore.

A world-class player in his day with a world-class ability to hit the deck when the exact moment calls for it. In the same way Arjen Robben became renowned for cutting in off the right before shooting at goal, he gained an extraordinary reputation for diving throughout his career.

The Dutchman did it in the Premier League with Chelsea, in the Champions League with Bayern Munich (much to the chagrin of former Arsenal manager Arsene Wenger), and for his national team on the biggest stage possible, ensuring the Netherlands’ progress in the 2014 World Cup.

The winger dived with such regularity that there was such a thing as a ‘textbook’ Robben dive. They didn’t always look the most convincing, but more often than not he won fouls in dangerous areas that gave his team an excellent chance of scoring.

Before the Ballon d’Or awards, before all of the broken records, and before establishing himself as the second-best footballer in the world, Cristiano Ronaldo was all sizzle and no steak. A fancy dan baller with no end product. TV pundit and former Millwall player Eamon Dunphy famously dubbed him a “cod” and a “disgrace to the game”, predicting he wouldn’t become a great player.

The Portuguese winger eventually proved them all wrong, but in his early years at Man United he was notorious for diving at every available opportunity. This was in the mid-2000’s when it wasn’t quite as common as it later became, so Ronaldo inevitably became the poster boy for those pesky foreigners who infected the English game with such a despicable deed.

Ronaldo kept it up long after he left Old Trafford for Real Madrid and his national team, more often than not making a fool of himself rather than win fouls or get opposition players sent off.