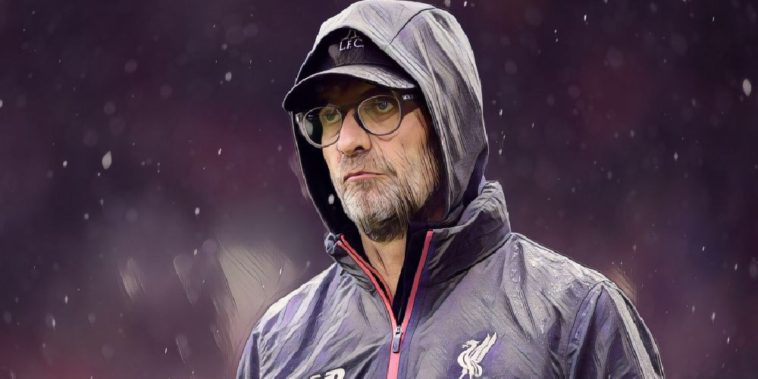 Liverpool manager Jurgen Klopp has hit back at Pep Guardiola’s claims that Sadio Mane is a ‘diver’ by calling out Manchester City regarding the club’s ‘tactical fouls’.

Manchester City manager Guardiola stoked the fire ahead of this weekend’s huge meeting between the two title challengers at Anfield, by accusing Liverpool and Mane of ‘diving’ to win penalties this season.

Mane was booked for diving during the weekend win at Aston Villa, whilst many also questioned the referees decision to award the Liverpool forward a stoppage-time penalty in last month’s dramatic win over Leicester.

Guardiola accused Mane of simulation in his post-match press conference following City’s win over Southampton on Saturday, but Klopp has come to the defence of the 27-year-old while calling out the champions for their cynical fouling.

“I’m not really in a Man City mood at the moment,” Klopp told the press ahead of tonight’s Champions League clash with Genk.

“Do I like that he says this about one of my players? I’m not even 100 per cent sure if he spoke about Sadio [Mane] or us in general. I didn’t hear Sadio’s name.

“I don’t know how he could have known about any incident in the game so quickly after [their game against Southampton].

“Sadio is not a diver. There was a situation in the Aston Villa game where he got a contact and went down. Maybe it wasn’t a penalty but there was contact – it’s not like jumping over a leg and acting like he hit you.”

“All the other penalties were penalties because he was in that situation and stayed there.

“I’m 100 sure if something like this would happen for Man City, they would want to have a penalty because somebody kicked a player in the box and it’s a penalty.

“I’m absolutely not in the mood to talk about Manchester City. I really want to talk about Genk or us, but not about the game on Sunday.

“I am not too sure if I want to put oil on the fire. I am not interested in these kind of things.

“I promise not to mention tactical fouls.

“That is maybe already too much, but that is the only thing I say about it!”

Read: Liverpool chief assures LGBT fans they will be ‘welcome in Qatar’ for Club World Cup