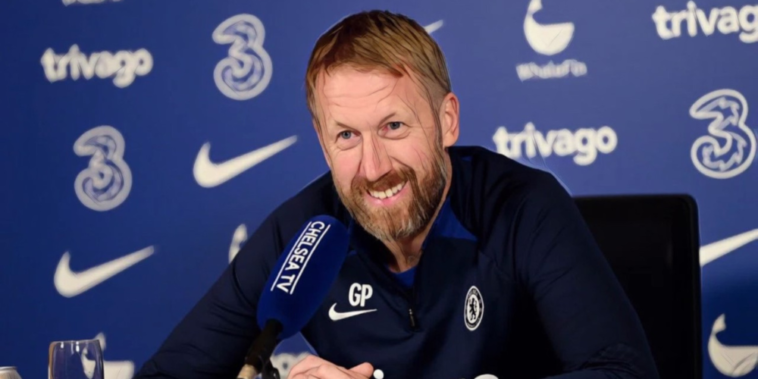 Chelsea face Manchester City in the Carabao Cup’s third round on Wednesday evening, as the west Londoners look to bounce back from a mixed period of form.

The Blues are without a win in four Premier League games, ahead of a cup clash with Pep Guardiola’s side. City have won the League Cup in five of the past seven seasons and Potter has opened up on the challenge of facing Guardiola and his team.

“It’s not about me or my ego – it’s about doing what is right for the team and the club. We have to go to Manchester City and be competitive,” Potter told his pre-match press conference.

“For sure they will be trying to win the game. We have to be as strong as we can. We will do our best and prepare the team. With the greatest respect to our opponent because they are a fantastic team, but we have to try to win the game.”

Chelsea have suffered back-to-back defeats in the Premier League, with last weekend’s 1-0 loss to Arsenal leaving the west Londoners seventh in the table and five points adrift of the Champions League places.

Potter has discussed dealing with the recent criticism he has faced and admits he expected periods when he would come under pressure at Stamford Bridge.

“I would be lying if I said I didn’t expect it at some point,” he said. “You take this job on and of course, there are going to be times when it is not a pleasant road. You have to deal with that.

“We have had a six-week period when we have played 13 matches, eight of them away. It has a toll, with some injuries to key players. It can get messy, that is part of the process. I have been through it at Brighton, at Swansea and my club in Sweden.

“It is what it is. That is part of what the job is, to deal with it.

“When results were good I was honest enough to say there were things we needed to improve. It’s not as if I could say we had cracked football.

“Performance-wise we can improve a lot. That is the challenge. We are looking forward to this game, and the game at Newcastle [on Saturday]. That is when you can learn a lot about each other.”