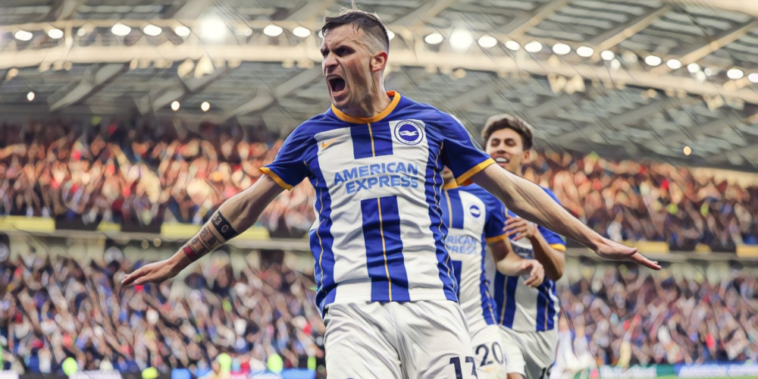 Football Manager 2023 is out on November 8 and fans of the franchise are eagerly anticipated diving into a new save.

It’s the first decision facing any would-be gaffer, choosing the ideal project to begin with as you attempt to take your team to new heights. Whether it’s leading an established side to silverware success or resurrecting the fortunes of a fallen giant, there’s no shortage of potential saves that will appeal in the latest edition of the game.

Here are five interesting teams to start a save with in Football Manager 2023.

Last season Oldham Athletic suffered the unwanted indignity of becoming the first of the founding Premier League teams to be relegated down the pyramid and into non-league football.

Oldham dropped out of the top tier following the first Premier League season in 1992/93, but suffered relegation out of League Two following a difficult 2021/22.

Finances aren’t great at Boundary Park and restoring the side into the Football League will be the first task for any manager willing to take on this challenge. Free agents and savvy loans will be crucial, with the current squad made up of players soon out of contract or short-term loans.

It will be a sizeable rebuild, with patience required to get Oldham back up and running. Wayne Rooney’s younger brother, John, and Timmy Abraham – the sibling of England international Tammy – are part of the squad you will inherit.

Saint-Etienne are the joint-most successful club in France’s history with ten league titles, but are in danger of losing that status with Paris Saint-Germain capable of moving past the club in 2022/23.

There’s no chance for Saint-Etienne to pull off a shock title triumph of their own, having been relegated to Ligue 2 following a difficult season last term. That relegation led to the sale of key players including Wahbi Khazri and the promising Adil Aouchiche, with a rebuild required to get Saint-Etienne back among French football’s finest.

Saint-Etienne – who reached the European Cup final after dominating domestically during the 1970s – have a strong record of producing talent however, with Kurt Zouma, Wesley Fofana and William Saliba among the names to have come through the academy ranks.

Goalkeeper Etienne Green – who has two caps for England at u21 level – is a player with potential and could attract Premier League interest.

Brighton secured a best-ever Premier League finish of ninth last season and are a team looking to remain upwardly mobile despite the exit of Graham Potter to Chelsea.

The Seagulls have forged a fine reputation for unearthing hidden gems in recent transfer windows, with the likes of Moises Caicedo and Kaoru Mitoma having made an impression since arriving as unknowns. Following in that line of recruitment could take Brighton into Europe, with the club’s mix of good facilities and a promising core of talent a strong starting point for FM players.

Signing a clinical centre-forward and ending the club’s wastefulness around goal will be crucial to hopes of a successful start.

The task of reviving a sleeping giant of German football will be one that appeals on Football Manager 23, with Hamburger SV languishing in the 2. Bundesliga.

Relegated to the second tier for the first time in the Bundesliga’s 55-year history in 2017/18, Hamburger SV have since struggled to bounce back with a series of near misses as the club aim for promotion. Last term a third-place finish saw the club narrowly miss out, despite the best efforts of Robert Glatzel who scored 27 goals in all competitions and will be key to a promotion push.

It’s over three decades since HSV last tasted major trophy success, despite being one of just three German clubs – alongside Bayern Munich and Borussia Dortmund – to have been crowned European champions.

The six-time German champions have a huge following and a sizeable stadium, but need a squad capable of turning the side back into an established name at Germany’s top table. Are you the right manager to take on the challenge?

Parma have often featured on past editions of this feature, with one of the most iconic sides of the nineties having endured an unforgiving rollercoaster since the turn of the millennium.

The club’s team of the nineties is one that evokes utter nostalgia, with players such as Fabio Cannavaro, Gianluigi Buffon, Lillian Thuram, Juan Sebastien Veron and Hernan Crespo having featured during an era in which Parma competed for domestic and European honours.

Financial ruin took the club into Italy’s fourth tier in 2015, but Parma have since bounced back and returned to Serie A in 2018/19. Their stay in the top tier proved short-lived however, and Parma were relegated back to Serie B last season.

There’s work to be done to re-establish the side at the top level, though the experience of the iconic Buffon – back in his second spell at the club aged 44 – will aid a push for promotion.