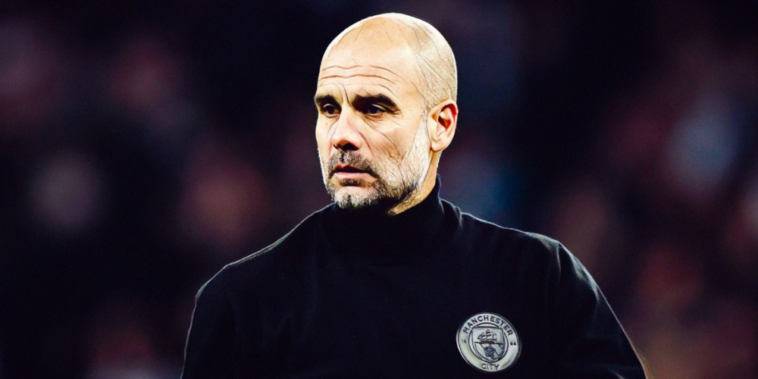 Pep Guardiola has given his reaction to Manchester City’s Champions League draw, with the club set to face RB Leipzig in the last 16.

City will meet the Bundesliga side for the second successive season in Europe, having faced Leipzig during last season’s group stage. Leipzig lost a chaotic clash 6-3 at the Etihad in the first meeting, before exacting revenge with a 2-1 win in Germany.

Guardiola is anticipating another tough test for his team in the first knockout round, praising the philosophy of the German side and their development of young talent.

The Spaniard also believes the mid-season scheduling of the World Cup adds some uncertainty to the shape of teams when the Champions League resumes in the new year.

“We have experience from last season, struggle a lot, score a lot but concede a lot. We lost there. We see what happens when we arrive in February,” Guardiola said at his pre-match press conference ahead of City’s Carabao Cup clash with Chelsea.

“Huge respect what they have done in German football, young team with a clear philosophy, box-to-box, an experienced manager. Champions League last-16, you can ask me for them or Inter or AC or PSG, all the teams are really strong.

“After the World Cup, how we will feel in the moment. If we play next week I tell you the position we are in and they are in. But in February many things can happen.”