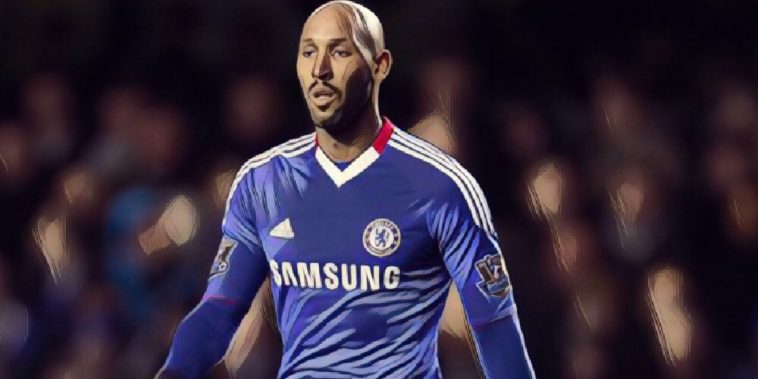 While there remains a special place in supporters’ hearts for the loyal, one-club men, there is also a collective appreciation of those players who weren’t afraid to move around a bit, particularly the ones who were successful wherever they went.

With the modern game seeing players written off often far too easily and far too quickly, the nomadic journeyman is becoming a thing of the past, as very rarely are players afforded a second chance at the highest level.

For some, they not only clung to a top-flight career by switching between multiple clubs, but also thrived in most cases, with this list below showing the nine players who managed to score for a remarkable six or more Premier League clubs:

One of the perhaps underappreciated stars amidst a plethora of English striking talent in the 90s, ‘Sir Les’ forged a superb top-flight career, hammering 60 top-flight goals for QPR before moving to Newcastle to become a key cog in Kevin Keegan’s ‘Entertainers’ side alongside Alan Shearer, netting another 41 league goals in just two years.

After leaving St James’ Park, Sir Les never quite recaptured the prolific form that had seen him hit 25 league goals in the 1995/96 season, yet he remained an iconic figure at Spurs nonetheless, helping the club win the League Cup in the 1998/99 campaign.

The criminally underused England international saw out his top tier career with solitary seasons at West Ham, Leicester and Bolton respectively, his spell at the Reebook Stadium seeing him net just once, albeit it came in an impressive 2-2 draw with Manchester United.

Ferdinand is also one of just five players to have netted a hat-trick for three different Premier League clubs.

Another man who somehow failed to really be handed a chance at international level, Cole made the best possible start to life in the top tier firing 34 goals for Newcastle during the 1993/94 season, a record for the most goals scored by a newly-promoted player as well as the joint highest ever netted in a Premier League campaign.

Cole is best remembered for his time at Old Trafford where he would win five league titles, two FA Cups and the Champions League, forming one of the best strike partnerships the Premier League has ever seen alongside Dwight Yorke, the pair helping fire United to their famed treble success of 1998/99.

While it is his hugely successful time at Manchester United for which the striker is most fondly remembered, the former Arsenal man didn’t just wilt after leaving Sir Alex Ferguson’s side in 2001, as he went on to hit another 51 Premier League goals at four more clubs – including Man City – to take his total tally to 187 goals.

The only real blot on an otherwise stellar career was his failure to score in an albeit brief spell at Sunderland.

Bent is the record holder for having played for eight top-flight clubs, although he only actually managed to score for six of them.

After a few years outside the top-flight, as well as a goalless spell at Blackburn in the top tier, the Englishman really made his name at Ipswich, hitting nine goals in the 2002/03 season, despite the Tractor Boys eventually suffering relegation.

A move to Leicester on loan followed, before two largely underwhelming spells at Everton and Charlton, with his Premier League career wrapping up with a brief revival at Wigan, and a goal-shy stint at Wolves.

A product of the Spurs youth system, the Hull-born midfielder was part of an exciting attacking force at White Hart Lane alongside the likes of Teddy Sheringham and Darren Anderton in the early 90’s, before a move up north to Middlesbrough.

After scoring 10 goals for Boro in just over a year, the talented youngster then made the move to Everton, before opting to join Liverpool four years later, becoming the first player to make the switch across Merseyside since 1959.

The England international played an important role in the Reds’ treble-winning season in 2000/01, although he was moved on a year later after struggling for injuries and game time.

After joining the ultimately doomed Leeds United, Barmby’s final taste of top-flight action came for his hometown club, Hull City, scoring his one and only Premier League goal for the Tigers against Sunderland.

In a career that saw him spend time in Milan, Los Angeles and India, the Irishman’s best days were undoubtedly in the Premier League, as he developed a reputation as a reliable presence in front of goal, as well as with a knack of pulling off the spectacular.

After starting his career at First Division side, Wolves, Keane would make the step up to the top flight to join Coventry in a then-record deal for a teenager worth £6m. The Dubliner would score 12 goals in his one season at Highfield Road before being sold to Inter Milan for £13m.

After returning from the San Siro, Keane joined Leeds – initially on-loan – in 2000, firing 13 league goals in 46 games before moving to Spurs, where he spent the most prolific part of his top tier career.

In two spells at White Hart Lane – with a very brief stint at Liverpool sandwiched in the middle – the striker bagged 80 league goals for the club, as well as playing a key role in their most recent trophy win, the League Cup in 2008.

Only right to bring back this beautiful finish from Robbie Keane 👏🏻☘️ pic.twitter.com/vuHb4NQVJC

A stint on loan at Celtic in 2010 was followed by a six-month spell at West Ham, before he went on to become a cult figure in the MLS with LA Galaxy. His last Premier League action came in a two-month loan move to Aston Villa, where he netted a respectable three goals in just six games.

The controversial Frenchman may not quite have delivered on the potential that was first shown in the Premier League at Arsenal as a 17-year-old in 1997, yet he is able to look back on a career that has left him with one of the best footballing CV’s going.

Despite struggling at Real Madrid, PSG and Liverpool following his departure from Highbury, the skilful forward revived his career at Manchester City, before a memorable stint at Bolton Wanderers.

His switch to Chelsea in 2007 saw him hit a career-best 19 league goals the following season, where he would again win the Premier League title as well as two more FA Cups.

After a brief taste of life in China and then Turin, Anelka returned for his last Premier League adventure with West Brom, scoring twice before finishing his career over in Mumbai.

The Englishman sealed a fair few big-money moves in his time, yet despite enjoying a career largely spent in the top-flight, he perhaps never quite managed to deliver on a consistent basis, much to the frustration of a fair few fanbases.

Bent opened his Premier League account with Ipswich, spending three years finding the back of the net in the second-tier following the Tractor Boys’ relegation. He would go on to join Charlton in 2005, netting a more than impressive 31 goals in just 68 Premier League games, form that earned him a to Tottenham, where he only managed an underwhelming return of 18 league goals in his two-year spell.

A record move to Sunderland followed, although, after a sensational 24-goal haul in his first season, he fell flat in the second term, before earning another multi-million pound move to Aston Villa, where he would fail to reach double figures in any campaign.

Scored 200+ goals in his career, and only one of them involved a beach ball.

Anyway, here’s the one with the beach ball…pic.twitter.com/25OALZwXpF

The England international did net three times while on-loan at Fulham in 2013-14, yet that was the end of his top-flight dealings.

‘Crouchy’ has become somewhat of a national treasure in his post-football career, yet even during his playing days he garnered a reputation as a much-loved figure wherever he went. And he travelled quite a lot.

The 6ft 7 striker didn’t get off to the best start at Villa, yet impressive form at Southampton in 2004/05 earned him a move to Liverpool, where he would help the club lift the FA Cup in 2006.

A reunion with Harry Redknapp followed at Portsmouth before he again reunited with ‘Arry at Spurs a year later, where he played a key role in their 2010/11 Champions League run.

His longest and arguably most consistent stint came at Stoke City in a seven-and-a-half-year spell, where he most memorably scored that spectacular volley against Manchester City, before joining Burnley for a brief last throw of the dice at top-flight action, although he failed to score for the Clarets.

It's Peter #Crouch's birthday too! 🎂 Re-live that strike against Man City from 2012 ☄️ pic.twitter.com/POfhpcqJDy

And last but not least, the only man to have scored for seven Premier League clubs – Craig Bellamy.

The explosive forward was never far from an incident – either on the field or off it – a career that started at Coventry City, before a move to Newcastle United in 2001.  After leaving the Magpies in turbulent circumstances, the Welshman revived his career at Blackburn, netting a career-best 13 Premier League goals in his solitary season at Ewood Park.

After playing a bit-part role at Liverpool and then at West Ham, Bellamy spent two seasons at Manchester City, notably scoring a belting goal in the 4-3 derby defeat to Manchester United.

Following another relatively unsuccessful stint at Anfield, the controversial figure ended his top-flight career with hometown club, Cardiff City, scoring his only goal that season in a 2-1 win over Norwich.