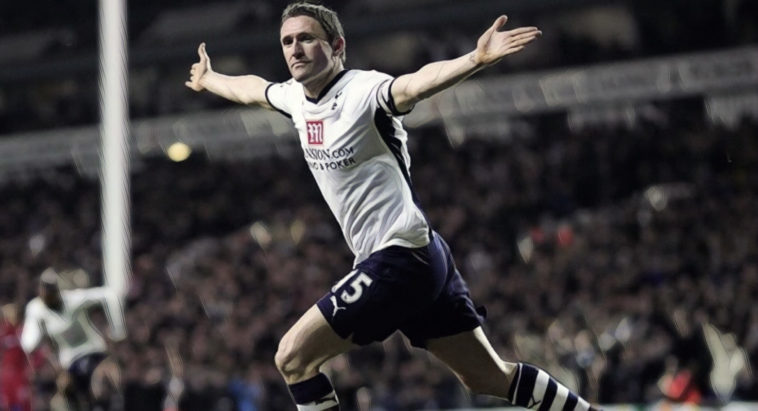 Robbie Keane will forever hold a special place in the hearts of Irish football fans, the forward raised in South Dublin would become the greatest goalscorer in the history of his nation.

Keane burst onto the scene as a teenager and enjoyed a meteoric rise during his early career, one that was spent delighting the fans of several clubs as he cartwheeled away in signature celebration on an ever regular basis.

His legend was perhaps forged on the international stage as the fearless focal point of the ‘Boys in Green’, though Keane was amongst the Premier League‘s finest forwards at his peak, a career which saw him plunder 126 top-flight goals in English football.

On St Patrick’s Day, we revisit the story of Robbie Keane and look back at his greatest goals:

Keane’s story began in the working-class Dublin suburb of Tallaght, where like many of the Emerald Isle’s best young footballers attention soon came from across the Irish Sea.

Wolves were the side who made a move for the 15-year-old forward and he headed to Molineux to begin his footballing career, signing part-time forms before it became quickly apparent the club had signed a star of the future.

Keane was handed his debut for the second-tier outfit just two years later and marked the occasion with a clinical brace against Norwich, the youngster displaying a fearlessness that would define his career when later taking on the world’s best.

Such was his impact he made his senior debut for Ireland whilst still just 17, netting the first of a record 68 goals for the national side with a double against Malta in a Euro 2000 qualifier in October 1998.

Coventry City secured his services in a £6m deal, the Premier League side making Keane the most expensive teenager in the history of British football.

Any reservations over whether the youngster would handle the step up a division were removed in quick-fire fashion, Keane exploding in the Premier League with a debut double for the Sky Blues, the first of which begins our countdown of the star’s greatest goals.

Keane is released down the right flank by Mustapha Hadji and sets off in chase in that signature scampering style, the forward – abuzz with youthful endeavour – standing up Jacob Laursen on the outside of the penalty area.

The fleet of foot from the debutant sees Keane twist one away and then another, back once more towards the byline to leave Laursen contorted, before firing home from an impossible angle to open his Coventry account.

Keane netted a second after confidently rounding the goalkeeper to secure a 2-0 win, the Tallaght teenager announcing his arrival on the biggest stage.

Robbie Keane wasted no time making his mark on the #PL with @Coventry_City #PLMoment pic.twitter.com/Mc7nJOixAn

Keane’s seamless adaptation to the Premier League turned heads as he enjoyed a remarkable maiden campaign at the top level, scoring 12 league goals for a Sky Blues side who struggled near the bottom of the division.

Those goals included a brilliant Boxing Day winner against Arsenal at Highfield Road, the livewire forward executing a wonderful flicked finish beyond David Seaman to seal all three points.

Keane’s brilliant breakthrough in the Premier League brought transfer interest once more, Italian giants Inter Milan sealing his signing with a £13m bid, more than doubling Coventry’s initial investment in an offer that proved too good to turn down.

With just a season of top-level experience behind him, Keane headed to a division stacked with some of the biggest names in the game, including within the San Siro dressing room he now shared.

The move, however, proved too much too soon as a young Keane struggled with the transition, an inability to speak the language – coupled with the sacking of the manager who signed him and the elite competition for places – seeing the star fail to make an impact.

His Italian adventure delivered just three goals in 14 appearances for the Nerazzurri, before an ambitious Leeds United secured his signing on an initial loan deal.

An impressive return of nine goals in 20 games saw Leeds capture Keane on a permanent basis, but his fortunes faltered thereafter as he struggled for regular opportunities amid the presence of Mark Viduka, Alan Smith and Robbie Fowler at Elland Road.

Also unfolding behind the scenes was the financial turmoil that would contribute to Leeds’ dramatic decline, a gamble to secure Champions League football resulting in an internal implosion that saw a fire-sale of the club’s top talents.

Keane was one of a number of stars sold on as the club desperately sought to address their spiralling debts and as he headed for a fifth club in just four years, the forward needed to find a home.

Tottenham were the side to complete a £7m deal, capitalising on Leeds’ precarious situation to secure an investment that proved one of the club’s finest of the Premier League era.

Keane netted a career-best 13 league goals during his first season with the north London side and continued to provide goals with great regularity, becoming the first Spurs player to reach double figures for Premier League goals in six consecutive campaigns.

The forward was a player who could be depended on and at White Hart Lane he found his spiritual home, endearing himself to the club’s supporters with his mix of endless energy, intelligent link play and penalty box prowess.

Keane was named as Tottenham’s Player of the Season on three occasions including during that maiden season in the capital, often playing off-the-cuff and winning hearts with his creativity and goals, his finest performances coming as a second striker operating in a deeper role.

His ability to conjure something out of nothing is evident in our next Golazo offering, this individualistic effort against Blackburn as part of a brace during the 2005/06 season.

There appears little danger as Keane receives a throw-in on the outskirts of the Blackburn box, only for a wonderful piece of improvisation to see the star pirouette away from Robbie Savage, with a nonchalant flick over the bewildered Welshman.

Another feint takes him past a second challenge before firing low past the goalkeeper, a magical moment from the Irishman to help Spurs to a 3-2 win at White Hart Lane.

⚽️ Who remembers this WONDERGOAL against Blackburn in 2006?

💙 One of my favourite moments of his in a Spurs shirt!#COYS pic.twitter.com/NhQmekB5KS

Keane faced competition for places throughout his time with Spurs but so often proved the difference-maker for the north London side, his best football coming following the arrival of Dimitar Berbatov from Bayer Leverkusen in 2006.

The two players formed an instant understanding as the silky-skilled Bulgarian complimented the intelligence of the Irishman, the duo taking it in turns to drop deep and create, their movement and link play proving a nightmarish prospect for Premier League defences.

Keane enjoyed the best goalscoring form of his career alongside the brilliant Berbatov, netting 22 goals during the 2006/07 season, before hitting another 23 in all competitions the following campaign.

That season saw Tottenham win the League Cup after beating Chelsea at Wembley, before a rematch between the two London rivals three week’s later resulted in an all-time Premier League classic.

The two sides exchanged goals at a breathless pace on a thrilling evening of football at White Hart Lane, and it was Keane who had the final say with this superb strike to snatch a point for Spurs.

Just two minutes of normal time remained when a loose ball cannoned into Keane’s path off the back of Ricardo Carvalho, the Ireland international having just one thought in his mind.

One swing of his right boot later, Keane arced a whipped finish into the far top corner, salvaging a point for Spurs and sending the home support into feverish raptures.

#OnThisDay in 2008: A last gasp Robbie Keane screamer rescued a point vs Chelsea in a thrilling 4-4 draw.

Never forget Berba’s chance right at the end to win it 😭 #THFC pic.twitter.com/opcGt2o6uL

The talents of Keane and Berbatov in tandem drew admiring glances and in the summer of 2008 both players were prised away from the north London side, the latter heading to Manchester United in a British transfer-record deal, and the former moving to Merseyside in a £19m transfer.

Keane was viewed as the ideal foil for talisman Fernando Torres upon signing for Liverpool, but much like his moves to Inter Milan and Leeds it proved the wrong fit.

Keane failed to establish himself at Anfield and was shifted out of position for much of his brief spell with the Reds, the partnership of Steven Gerrard and Torres leaving the star with no clear role in Rafael Benitez’s side.

He spent just six months with Liverpool and scored seven goals in 28 appearances, the pick of the bunch this rasping effort in a 1-1 draw with Arsenal at the Emirates.

Remember this Robbie Keane stunner for Liverpool against Arsenal back in 2008…pic.twitter.com/TkCoDWMe5L

That was the highlight of an otherwise disappointing spell, however, and after six months he returned to Tottenham, Liverpool taking a loss of £7m on the player after just half a season of action.

His second spell with Spurs failed to reach the heights of his first, though he remained a valued member of the side for three seasons, scoring a further 15 times in 52 appearances to take his club total to 112 in all competitions – ranking him 11th in the all-time list.

From there his journey proved nomadic, enjoying an excellent loan spell with Celtic and a temporary spell with West Ham before deciding on a new venture in the MLS with LA Galaxy.

Several star names – including the likes of Thierry Henry, David Beckham and David Villa – have been lured to the United States in modern times, but Keane has a strong claim as the division’s greatest ever import.

He scored 104 goals in just 165 appearances for the Galaxy, winning three MLS Cups and establishing himself as a cult hero for the Los Angeles outfit.

His goalscoring form prompted a brief Premier League return on loan at Aston Villa, where he scored three times including this rocket against former club Wolves, our final offering from Keane’s Golazo collection.

Robbie Keane with one of our best #WOLAVL goals! 🚀 pic.twitter.com/7XgtEuhznP

After leaving LA Galaxy he finished his career in India with ATK, eventually hanging up his boots following a record-breaking career that saw him plunder goals in five different countries.

He remains the 15th-highest scoring player in Premier League history and an iconic figure for Spurs, whilst his achievements on the international stage will take some beating.

Keane’s 68 goals for Ireland are more than three times the figure of the second-placed player on the list in Niall Quinn, whilst his 146 caps is also a national landmark.

Humble, hard-working and inherently Irish, the cartwheeling Keane fulfilled his dreams in the famed green jersey and established himself as one of the Premier League’s great Golazo Merchants on the way.