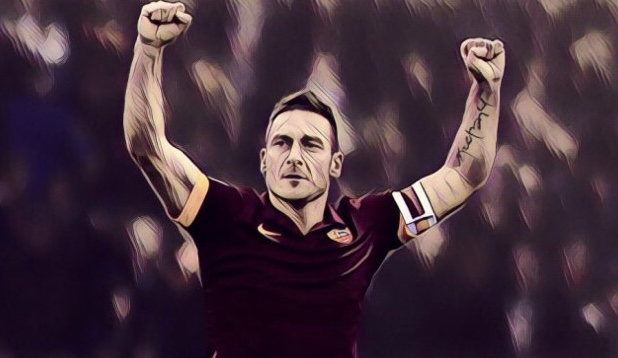 There’s one club men and then there’s Francesco Totti, a man who spent the entirety of his long playing career in Rome, becoming an absolute god in the process, not just among supporters of the Italian club.

The forward – who only retired back in 2017 – is one of the most adored and admired players in world football, after having stuck with the Giallorossi through thick and thin, despite the Serie A side often playing second fiddle to the likes of Juventus and the Milan clubs.

After making his debut as a 16-year-old in 1993, the Italian would go on to net a club record 307 goals in all competitions, as well securing another club record after having made the most appearances in Roma’s history, featuring 786 times.

In that time he netted in a league-record 23 consecutive Serie A campaigns, as well as helping the club to his one and only Scudetto in the 2000/01 season.

The World Cup winner may have ended his 30-year association with the club on a slightly sour basis after stepping down from his boardroom role at the Stadio Olimpico in 2019, yet he will forever be loved among the Roma faithful and the wider footballing world.

Not just a man of loyalty and longevity, however, Totti was also an extremely gifted footballer, as his three greatest goals for his beloved club illustrate: