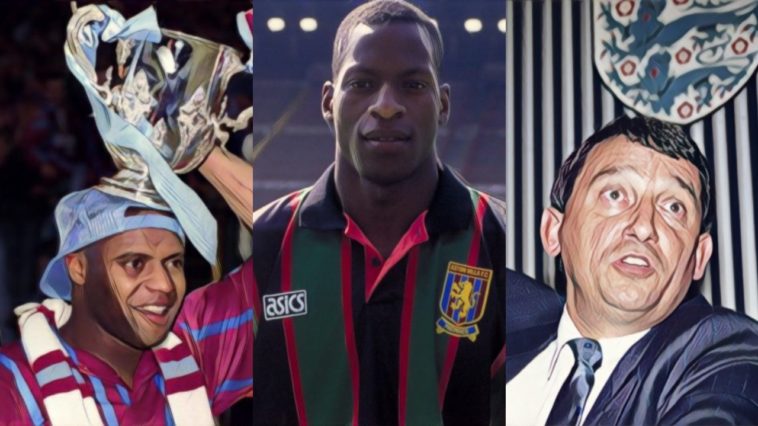 I do not set my life at a pin’s fee;
And, for my soul, what can it do to that,
Being a thing immortal as itself? — William Shakespeare

This club gets in your blood. Ask anyone who spent time here, no matter how it ended, chances are they will always express some sort of affection for ‘The Villa’.

It goes both ways, too. Certain players will continue to be a part of the club’s fabric long after they’ve moved on, and when you consider the names that the Villa faithful hold dear, it’s easy to understand why so many look back to the past so fondly and frequently.

Of course, over the past few years supporting the club has been much more difficult than anyone would have hoped. A steady decline after missing out on the top four a decade ago culminated in the club’s relegation to the Championship in 2016 before spending the next three years trying to claw their way out.

But of course, there are many reasons why being a supporter of Aston Villa is painful.

During the early hours of August 15th, 2016, news broke that a man in Telford had lost his life after an altercation with the police. Details were sketchy but it was reported that the officers attending to the ‘domestic disturbance’ had deployed their tasers and used them to subdue the apparent assailant.

What started as a tragic story quickly developed into you sitting at your desk refreshing Twitter and trying to explain to your colleagues why your eyes have gone all watery through breaths that are suddenly hard to come by as you learn that the man they’re talking about is one of your childhood heroes.

Dalian Atkinson had fallen off the radar since his retirement from the game in 2001, and though there were blokes down the local who would proclaim that their niece’s boyfriend worked with him at the door of a grimy small town nightclub, nobody knew for certain.

For fans of a certain age, Atkinson was a larger than life character who played for the club at a genuinely exciting time. Alongside Dean Saunders, the two strikers formed a partnership that was not only deadly on the pitch but full of laughter off it. The man played football like a Matisse painting.

He may not have been prolific, he may not have been entirely consistent, but he left a legacy with that goal against Wimbledon, which was followed two years later by the most gracefully scuffed goal you ever did see in the Coca Cola Cup final against Manchester United. He earned a medal for his troubles, and nobody forgot it.

His mercurial performances added an air of neo-romantic mysticism in a game that was becoming more glamorous and quickly leaving its industrious past behind.

Though he’d been out of sight for a while, losing him was a shock, especially given the circumstances. He’d had his demons, and because of that he’d been unwell, and when that police taser was discharged on him his body couldn’t cope. He was just 48 years old.

Legend is a word commonly used in football, and while Atkinson wasn’t a legend in the broadest sense, he was to a lot of people, and as a legend, as a man, he deserved much more than that.

Months later in January, Villa fans were given more sad news when former manager Graham Taylor passed away at the age of 72 due to a heart attack.

Taylor, for many, was the catalyst for Villa being so exciting during the nineties. Having arrived while the club was at a low ebb after suffering relegation to the old Second Division, he sought to sign David Platt for peanuts and drive them back up to the top flight to prevent them from becoming another provincial also-ran.

He proved astute in the transfer market. Picking up a little known ‘Calypso kid’ named Dwight Yorke in 1989, it would take the Trinidadian a while to really get going in England, but when he did this smiling assassin became one of the most electrifying forwards of the decade.

His real masterstroke, though, came when he handed a second chance to an injury-plagued Paul McGrath. If you’re wondering how that move went you should know that Villa fans refer to the Irishman as ‘God’.

With the Premier League on the horizon, this was vital, and while he’d departed by the time the league was rebranded in 1992 his influence became evident.

His time with England proved disastrous, to say the least, and he was cruelly strung up by the press because of it, but that wasn’t the end of his spell with the club. He came out of retirement in 2002 for another season in charge. However, tensions with chairman Doug Ellis were too great for him to cope as his repeated calls for modernisation went unheeded.

Taylor had been a champion for player inclusion, with many in the game citing his influence in so many clubs hiring player liaison officers. And it was this that made his passing so sad. He was one of the good guys, a man who would take the time to remember your name and ask how your family were. There’s a tendency to fetishize this kind of behaviour within the game, but how often in life do people ever do that and mean it?

He was one of a kind.

This string of sadness didn’t end there, though. In April of 2017, the heartbreaking news broke that another former Villa player, Ugo Ehiogu, a man disliked by literally nobody, had collapsed and died of a heart attack at Tottenham’s training ground.

It’s a rare quality to be as highly regarded by, again, literally everybody like Ehiogu was. At 44 he still had a lot of wisdom and time to offer the next generation of Spurs players as well the wider football world in general.

Villa fans couldn’t have known what kind of player he’d turn out to be for the club when he first arrived in 1992. His debut against Norwich was strewn with errors and he looked terribly out of his depth.

But from those shaky beginnings, he remained a constant for the next decade, which saw him pick up two League Cup winners medals, feature in two particularly exciting runs in the UEFA Cup and turn out alongside the likes of Paul McGrath, Shaun Teale and Gareth Southgate.

Despite not being at the Villa since 2000, it still felt very much like losing one of our own. Like Taylor and Atkinson, he’d etched himself onto the collective consciousness of all the club’s fans, regardless of whether they were old enough to remember him as a player.

The families of all three will (I hope) know that they have a home at Villa Park forever. Footballers can have a profound impact on your life despite the redundant trope of loyalty within the game. All three men brought so much joy to fans and the memories will live longer than any man could.

There are a lot of things that Villa fans can complain about, but losing all three took its toll. Three allies have gone, two far too early, but step inside the stadium and you can still feel them, if you look hard enough you can even see them. They’ve always been there. They always will.

This article was originally published on Medium.

See Also: Ron Atkinson exclusive – “I used to joke with Jack that I had more Irish players than him”