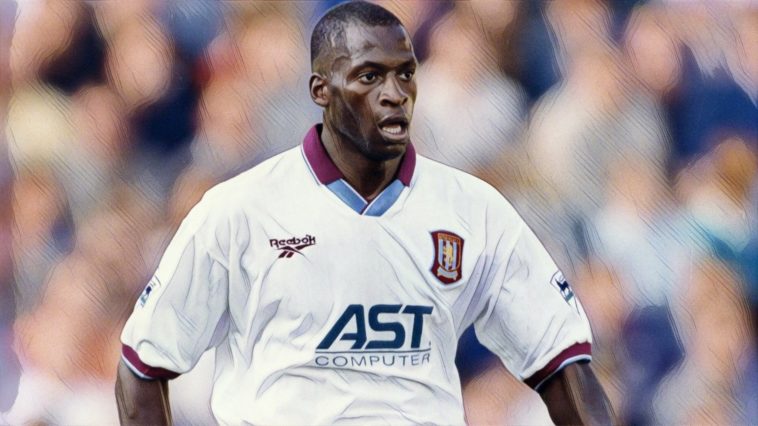 The latest inductee into the 90’s Football Hall of Fame is Aston Villa and Middlesbrough legend Ugo Ehiogu.

The former centre-back started out his career at West Brom, but was signed by Ron Atkinson at Aston Villa after just two senior appearances for just £40,000. It turned out to be one of the best pieces of business ever conducted by the club, as he went on to play over 300 times and win two League Cups.

Ehiogu formed formidable defensive partnerships with the likes of Paul McGrath and Gareth Southgate while at Villa Park, establishing himself as a stalwart of the team during a topsy turvy period for the Birmingham outfit. He left for Middlesbrough in 2000, where he rekindled his underrated partnership with future England manager Southgate and together they won another League Cup winners medal. He later went on to play for Leeds, Rangers and Sheffield United.

In the latest episode of the 90’s Football Hall of Fame podcast, we’re joined by podcaster and Villa supporter Stevie Green to discuss Ehiogu’s career, the role he played in Villa’s success during the nineties, and his untimely passing in 2017.

We also ask why his England career never took off the ground, whether Villa sold him too soon, and chat about the music record label he had a hand in establishing.

See Also: How Juninho overcame the ‘monstrous cold’ to be a Boro legend