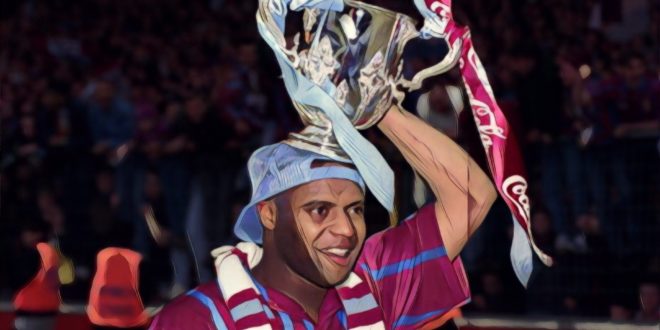 Dalian Atkinson was an Aston Villa cult hero in the early to mid-nineties, scoring a spectacular Goal of the Season winner in the inaugural Premier League season.

The English striker never fulfilled his true potential, but he did secure his legacy with a hat-trick of goals in the semi-finals and final of Villa’s 1993/94 League Cup triumph. The Telford-born player also played for Ipswich Town, Sheffield Wednesday, Fenerbahce and, for a brief time, Manchester City.

In this episode of the 90’s Football Hall of Fame, Ste, Peter and Ant discuss Atkinson’s phenomenal natural ability, his knack for thundering the ball in the goal, why he never blossomed into England’s next big thing, and his tragic demise in 2016.

Listen to the 90’s Football Hall of Fame:

Catch up on past episodes:

Make sure to give us a review on Apple Podcasts and subscribe on Spotify.