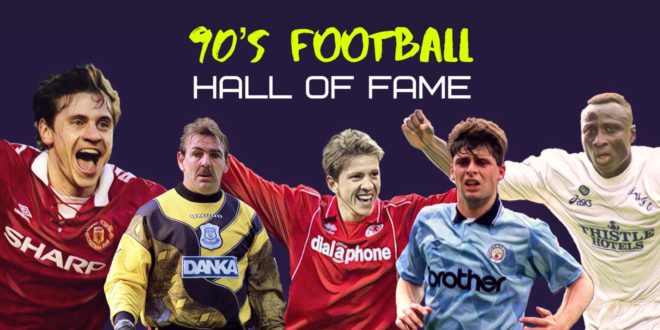 Paul McGrath was a football legend for Manchester United, Aston Villa and Ireland during the eighties and nineties.

The Irishman, who could perform excellently in almost any position that a manager asked him to, was a star performer at two World Cups, an FA Cup winner, won two League Cups and was named the PFA Player of the Year in 1993. And he achieved all this while battling personal demons and persistent knee problems.

On the latest episode of the 90’s Football Hall of Fame show, Ste McGovern and Peter Henry were joined by freelance football writer David Sneyd to discuss Paul McGrath‘s legacy in Irish football, his alcoholism, and why he is so beloved by absolutely everyone.

There’s also chat about McGrath’s upbringing in an orphanage in Dublin, how Alex Ferguson almost pushed him into early retirement, and a debate over whether he’s the best all-rounder Ireland has ever produced.

See Also: Five of the best League of Ireland exports to the Premier League