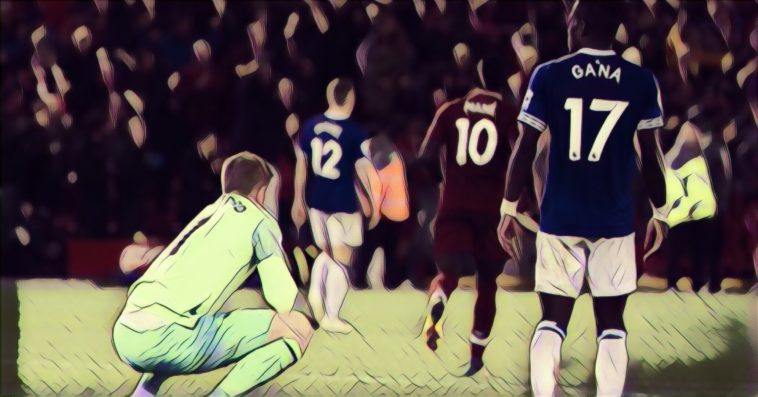 Winners are often celebrated in football, fans revelling in the success of the great sides and the Premier League is certainly no different.

However, we’ve decided to look back on some unwanted records, with a look at the sides who have been beaten on more occasions than any other since the inception of the Premier League.

The five clubs with the most defeats in Premier League history:

Tottenham Hotspur may now be amongst the Premier League’s big boys, having become regulars in the Champions League and recently appointing a certain charismatic serial winner as their new manager.

That said, times have not always been so positive for the North London side, with only four teams having been on the receiving end of more defeats in the history of the Premier League.

The club’s status as ever-presents is partly reason for their high number of losses, Spurs having suffered 339 defeats since English football’s top flight was rebranded in 1992.

Sitting with just one defeat more than Tottenham are Aston Villa, who have been beaten on 340 occasions during their time in the Premier League.

The Midlands side returned to the top flight following a three year absence this season, and have made a solid start to life back in the Premier League.

Dean Smith’s side will be hoping this total does not rise by much throughout the rest of the campaign, as the club look to preserve their top flight status.

Top five English clubs with most wins of all-time

Having been regular title challengers in the early years of the Premier League, Newcastle United have endured something of a yo-yo existent in recent times, having been relegated twice in the past decade.

Those relegation campaigns have contributed to their total of 346 Premier League defeats, with only two sides losing more often than the North East side.

Newcastle are once again likely to face a battle to avoid the drop this season, the club having lost six of their first 13 league fixtures as Steve Bruce looks to make a success of his first season in charge.

West Ham‘s woes this season have further cemented their position amongst the division’s most beaten sides, the London side on the receiving end of a huge 370 Premier League defeats.

A top flight club for all but four of the 27 Premier League seasons, West Ham have never finished higher than fifth and have finished in the bottom half 12 times.

Manuel Pellegrini’s side have lost six times already this season and currently sit one place above the drop zone, their position in this list at risk of rising in the coming weeks.

Possessing the most unwanted of records is Everton, with no side having suffered more than the Merseyside club’s 372 Premier League defeats.

The club’s current predicament has further worsened their position in this list, with only Norwich and Southampton losing more matches than Marco Silva’s side this season.

A top flight club for a record 116 seasons, Everton have been an ever-present in the top flight throughout English football history, though unfortunately for their suffering fans the most regular source of three points for opposition clubs.