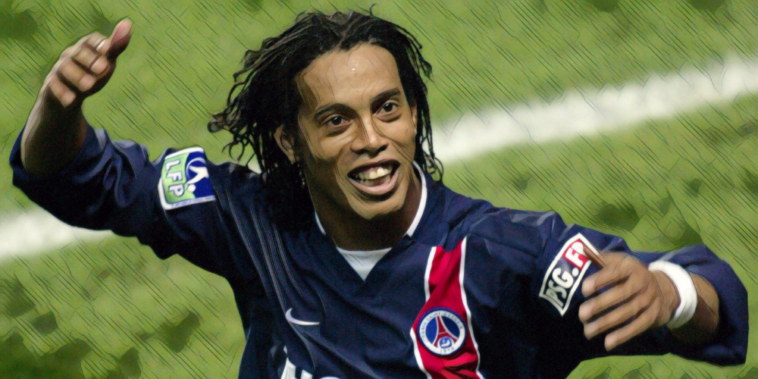 Lionel Messi has been announced as a Paris Saint-Germain player following the forward’s shock departure from Barcelona, the six-time Ballon d’Or winner becoming the most high-profile signing in French football history.

Messi’s arrival is a major boost to the profile of Ligue 1, with just six former Ballon d’Or winners having played their football in France and only one having won the accolade whilst in the division.

Following Messi’s move to the Parc des Princes, we look at the former Ballon d’Or winners to have previously played in France.

Raymond Kopa became the third player to win the Ballon d’Or after winning the 1958 accolade, having finished third in the rankings in each of the previous two editions.

Kopa began his career with Angers and Reims before forming part of Real Madrid’s legendary side of the 1950s, winning two league titles and three consecutive European Cups with the Spanish giants.

The attacking midfielder had formed part of the Reims side beaten by Real Madrid in the inaugural European Cup final, before signing for the Spaniards and starring alongside the likes of Alfredo Di Stefano and Ferenc Puskas.

He returned for a second spell at Reims and the midfielder win four Ligue 1 titles across his two stints with the club, with Kopa finishing as runner-up for the Ballon d’Or – making it four consecutive podium finishes – during his first season back in France.

Kopa was voted third in France Football’s list of the best French players of the 20th Century, behind only Michel Platini and Zinedine Zidane.

The midfielder had risen to prominence at Nancy and Saint-Etienne, winning the Ligue 1 title with the latter after scoring 29 goals in all competitions during the 1980/81 season.

A move to Juventus cemented Platini’s rise as Europe’s finest footballer of the mid 1980s, scoring over a century of goals for the Bianconeri and winning the European Cup and two Serie A titles amongst his honours.

Platini was named as winner of the Ballon d’Or in three consecutive years between 1983 and 1985, an achievement only since matched by Lionel Messi.

His second accolade came following France’s victory at Euro ’84, where he scored a record-breaking nine goals in five fixtures – including successive group stage hat-tricks – as the host nation ended their wait for a major trophy.

The only player to have won the Ballon d’Or whilst playing their club football in France, Jean-Pierre Papin was acknowledged after firing Marseille to the European Cup final in 1991.

Papin finished as Ligue 1’s leading scorer in five consecutive campaigns – winning four league titles in the process – and netted 184 goals in 279 appearances for Marseille before a world record move to AC Milan.

He scored 36 goals in all competitions during his Ballon d’Or winning season in 1990/91, finishing ahead of Red Star Belgrade duo Dejan Savićević and Darko Pančev, and Lothar Mattheus, to win the game’s greatest individual honour.

Despite Champions League success and two league titles following his move to Italy, Papin failed to replicate his previous form and scored just 18 league goals across two seasons with the Rossoneri before joining Bayern Munich.

Weah finished as the leading scorer in the Champions League for PSG during the 1994/95 season, his performances persuading AC Milan to sign the three-time African Footballer of the Year.

Forming a scintillating partnership with Roberto Baggio and Dejan Savićević in Milan’s attack, Weah was named as winner of the Ballon d’Or and FIFA World Player of the Year accolades in 1995.

He remains the only African footballer to have won either award and ranks as one of the continent’s greatest ever exports, with Weah’s explosive style seeing him thrive following the move to Serie A, winning two league titles during his time with Milan.

Arguments rage over which of Platini or Zidane was truly France’s greatest ever footballer, but there’s no disputing that both players left an unforgettable legacy for club and country.

Zidane began his career with spells at Cannes and Bordeaux before moving to Juventus, where he established himself as one of world football’s finest over five seasons in Turin.

He was named as winner of the Ballon d’Or in 1998 after inspiring France to a maiden World Cup triumph, scoring twice in the final win over Brazil as Les Bleus were crowned world champions on home soil.

Named as winner of the FIFA World Player of the Year award on three occasions, Zidane was the central figure of France’s Golden Generation as European Championship success followed their World Cup win two years later.

He moved to Real Madrid in a world record deal in 2001 as part of the club’s fabled Galactico policy, scoring a stunning winning goal to win the Champions League during his debut season.

The brilliant Brazilian flair of Ronaldinho lit up Ligue 1 during the star’s maiden venture into Europe, the youngster showcasing his extraordinary talents during two seasons at Paris Saint-Germain.

Ronaldinho’s role in Brazil’s 2002 World Cup triumph attracted attention from the continent however, and the following summer he signed for Barcelona.

His arrival was widely hailed as the catalyst behind the Catalans rise back to the summit of European football, with Ronaldinho enjoying a brief period as the best player on the planet.

He was named as winner of the FIFA World Player of the Year accolade in 2004 and 2005, the second of those successes coming alongside the Ballon d’Or as he finished ahead of Frank Lampard and Steven Gerrard in the voting.