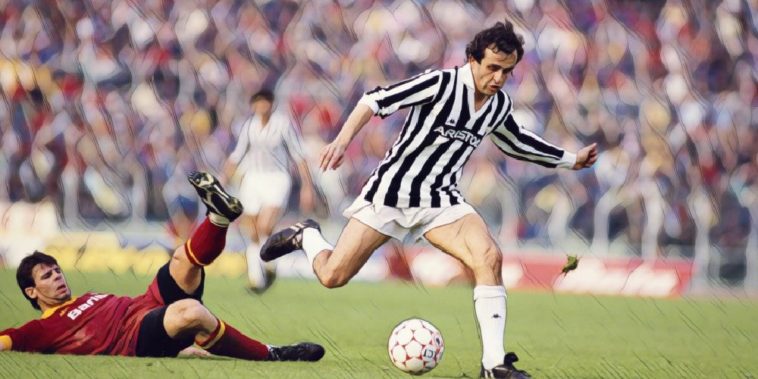 He may have tarnished his reputation in his post playing career as UEFA president, yet there’s no denying that Michel Platini was a truly gifted footballer in his pomp.

The Frenchman began his career with spells at both Nancy and Saint-Etienne, before propelling himself to greatness during a superb five-year stint at Juventus, joining the club in 1982.

Despite initial struggles, Platini would go on to cement his status as one of the game’s greatest during his time in Turin, while also dragging France to the 1984 European Championship title after netting a record nine times in just five games at the tournament.

At his peak in the mid ’80’s, the attacking midfielder was awarded the Ballon d’Or for three years in a row, collecting the individual accolade, in 1983, 1984 and 1985, while also finishing as Serie A top scorer in the same three years.

As for his time in Italy, he played a pivotal role in the club’s league title successes of 1984 and 1986, while also helping the Bianconeri to victory in the 1985 European Cup, before retiring two years later.

It’s fair to say his footballing greatness has been overshadowed somewhat by his involvement in the FIFA scandal in recent times, yet it’s worth remembering just what a genius he was in the black and white of Juventus.

Let’s take a look at his greatest goals for the club:

Read – Picking the best XI from the Euro 2020 semi-finals